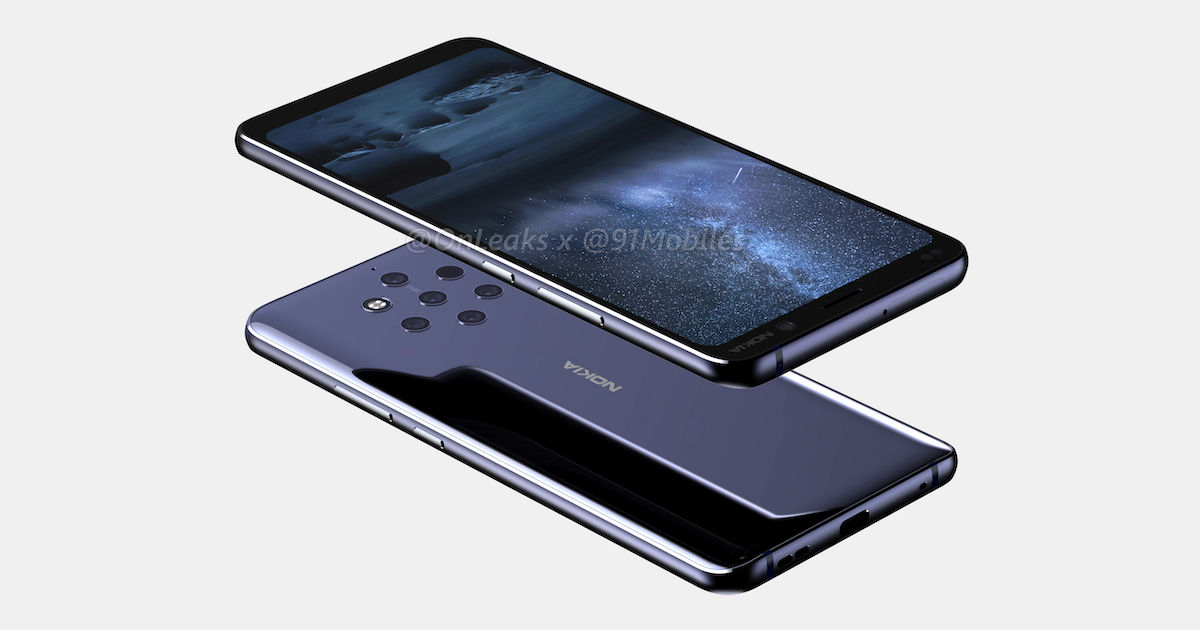 Nokia fans have been waiting for the Nokia 9 PureView smartphone from HMD Global for a long time. The Nokia 9 flagship smartphone has been in and out of the rumour mill ever since the company announced the Nokia 8 in 2017. It’s highlight is said to be the five-camera setup on the back, which will make it the first handset in the industry to boast of such a configuration. There has been a surge in the number of leaks related to Nokia 9 smartphone lately, and a now a report suggests that the handset could make its debut in January 2019.

To be more precise, the company may schedule the launch of Nokia 9 PureView in the last week of January, according to Nokia anew  – a tipster noted for several leaks around Nokia devices. The Twitter user has further shared a render of the handset with an 18:9 aspect ratio display with bezels on either side, which is line with the previously leaked information. In replies to other Twitter users, the tipster has said the handset will have a 6-inch display and will be the only flagship Nokia phone till autumn at least. However, while it’s being called a flagship, the handset will not run Snapdragon 855 SoC, the Twitter account claims, meaning no 5G support. We can expect the handset to be powered by the Snapdragon 845 SoC instead.

Apart from this, a whopping 4,150mAh battery with fast charging battery is rumoured to fuel the handset. Furthermore, it could come running stock-Android 9 Pie out of the box and employ a 3.5mm headphone jack for audiophiles.

We had previously brought to you exclusive renders of the Nokia 9 PureView, giving a look at what the Zeiss-branded pent-lens setup on the back could look like. The handset is likely to use an in-display fingerprint sensor as well as Face Unlock, and there will be no 3.5mm earphone jack. That’s all we know so far! The price and availability of the Nokia 9 PureView will be announced if and when HMD Global plans to launch it.