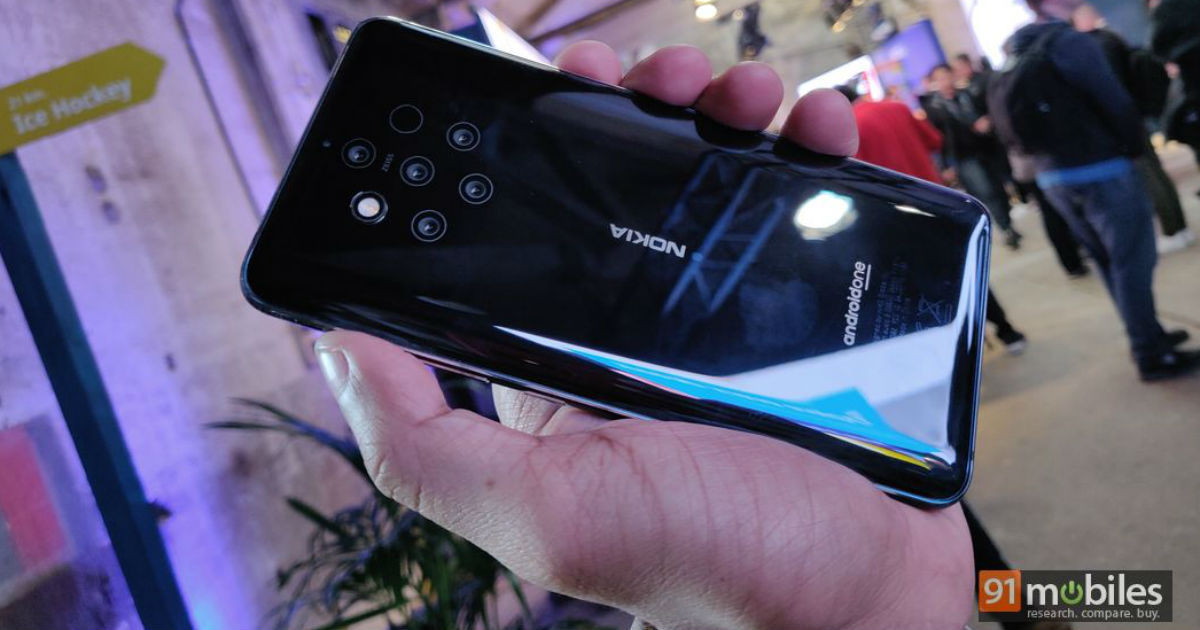 The Nokia 9 PureView smartphone is receiving a new software update that brings camera enhancements and July security patch. The 280MB update for Nokia 9 PureView has build number V4.27C and includes a new live bokeh mode that’ll enable users to adjust the focus before and after taking a photo. It also fixes the smartphone’s slow image processing issues, meaning the images can now be taken faster than before. While it may be the first HMD Global phone to come with an in-display fingerprint, it was reportedly slow in detecting fingers. The latest update to the Nokia 9 PureView, however, brings improvements to the sensor that should make it faster.

Furthermore, the Nokia 9 PureView update brings system stability improvements and UI enhancements, along with the July 2019 security patch. As noted by Google, the July security patch fixes a critical security vulnerability in the Media Framework that enabled remote attackers possibly executing arbitrary code. HMD Global has been relatively consistent in rolling out software updates, monthly security patches, and fixing bugs. Thanks to the Android One program, the Nokia phones are entitled to a minimum of two years of OS updates. The Nokia 9 PureView update is currently only rolling out in Finland and Russia, but a wider rollout can be expected in the coming few weeks.

To recall the specifications, Nokia 9 PureView flaunts a 5.99-inch QHD+ pOLED PureDisplay with an aspect ratio of 18:9 and HDR10 support. It is powered by the Qualcomm Snapdragon 845 chipset, coupled with Adreno 630 GPU. It packs 6GB RAM and 128GB storage. The phone runs on Android 9.0 Pie out of the box, with stock Android interface and a few preloaded Nokia apps.

As for the optics, the Nokia 9 PureView packs a penta-lens setup with two 12MP RGB sensors and three 12MP monochrome lenses, all of which feature autofocus and f/1.8 aperture. There is a 20MP front-facing shooter for selfies. The smartphone has an optical in-display fingerprint sensor and a 3,320mAh battery with wireless and fast-charging support. While the Nokia 9 PureView India launch was teased in the country last week, it will not be releasing in the country this month.