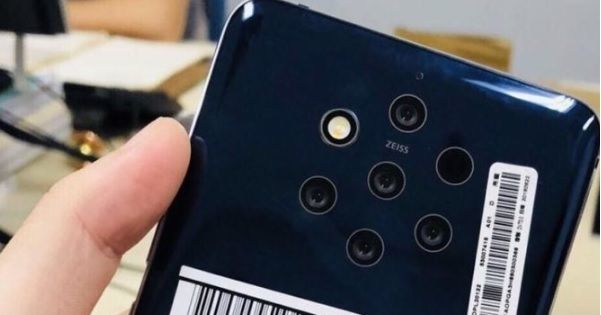 HMD Global’s upcoming flagship, Nokia 9, has been one of the most talked-about smartphones in the recent times. This is primarily due to the fact that it is expected to be the world’s first smartphone to come with a five-camera module on the rear panel, which was also spotted on a purported live image. Now, the storage variants of the upcoming flagship smartphone have been spotted in the most unlikely spot – Samsung’s Buyback Program official webpage in Latvia. The listing was spotted by the popular tipster, Roland Quandt. 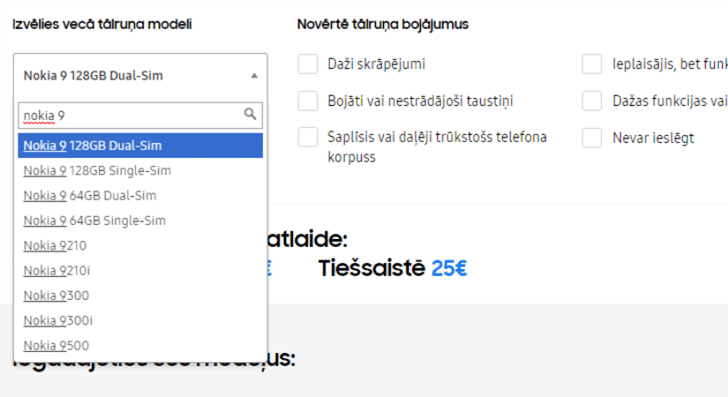 For the uninitiated, the South Korean handset maker has a buyback program, where you can trade-in your existing smartphone for discounts on the purchase of the next Galaxy smartphone. The dropdown list on Latvia’s official Samsung Buyback Program page reveals that you can get up to €292 (~Rs 24,500) off if you trade in yet-to-be-launched Nokia 9. The listing suggests that the upcoming model will be offered in two variants with single SIM and dual SIM options. Both models will get either 64GB or 128GB of native storage. It’s likely that Samsung got the info from the third party phone recycling company that provides the list of acceptable smartphones through the Buyback Program. We suggest taking this bit of information with a pinch of salt at this moment.

According to the previous rumours, the Nokia 9 is expected to come with a 5.9-inch QHD+ OLED display. The smartphone is likely to be powered by the top-of-the-line Qualcomm Snapdragon 845 SoC, which will be backed by 8GB of RAM. We can also expect the smartphone to be an Android One offering. The leaked image revealed that the penta-camera module on the rear panel will come with Zeiss branding. Other speculated features include glass sandwich design, in-display fingerprint scanner, and 3D face unlock.

However, everything is uncertain at this point and we’ve to wait as to when the brand plans to take the wraps off the Nokia 9.