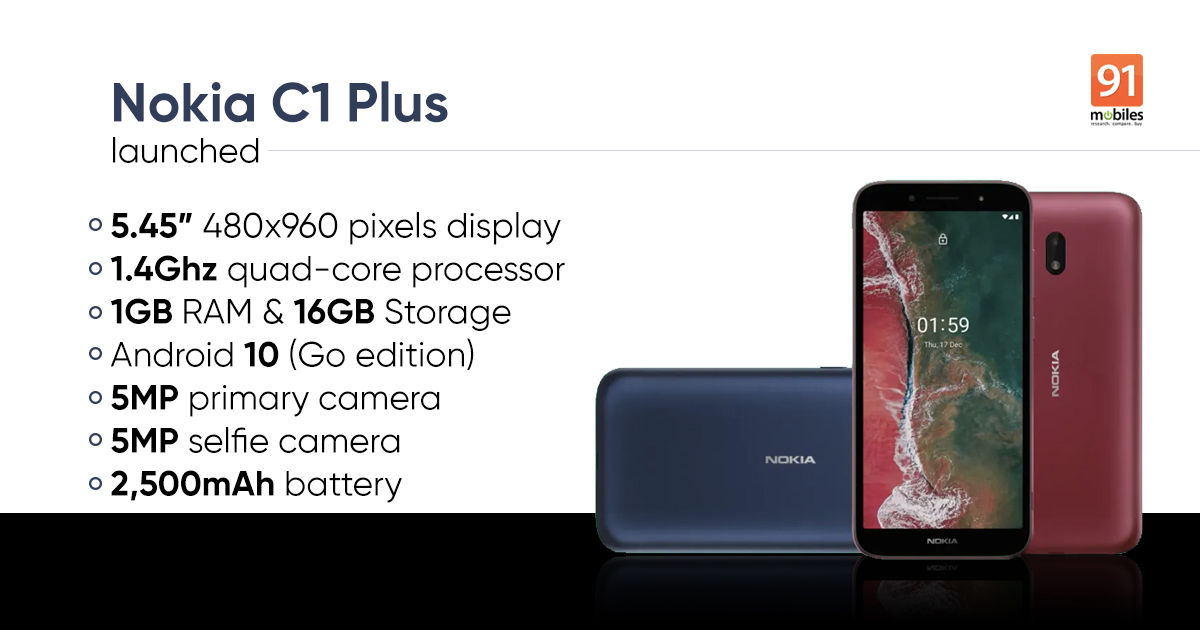 Nokia C1 Plus specifications, price, and availability details have been announced as the smartphone launched in Europe. The handset is a souped-up version of the Nokia C1 that was launched last year, as it has the same screen size, camera, battery, and design, among other things as that phone. The Nokia C1 Plus packs a 5.45-inch display with 18:9 aspect ratio, 2,500mAh battery, 5MP cameras on both the front and the back, and Android 10 (Go edition). The only notable difference between the two phones is the chipset, the all-new Nokia C1 Plus rocks 1.4GHz quad-core SoC, while the regular C1 features a 1.3GHz quad-core chipset. Here’s a quick look at Nokia C1 Plus price, specs, and other details.

Nokia C1 Plus is priced in Europe at €69 (~Rs 6,200) for the single 1GB RAM and 16GB storage variant. HMD Global claims this is the cheapest 4G Nokia smartphone yet. The handset comes in Red and Blue colour options and will be available for sale before the year-end. There is no word on Nokia C1 Plus India launch yet. 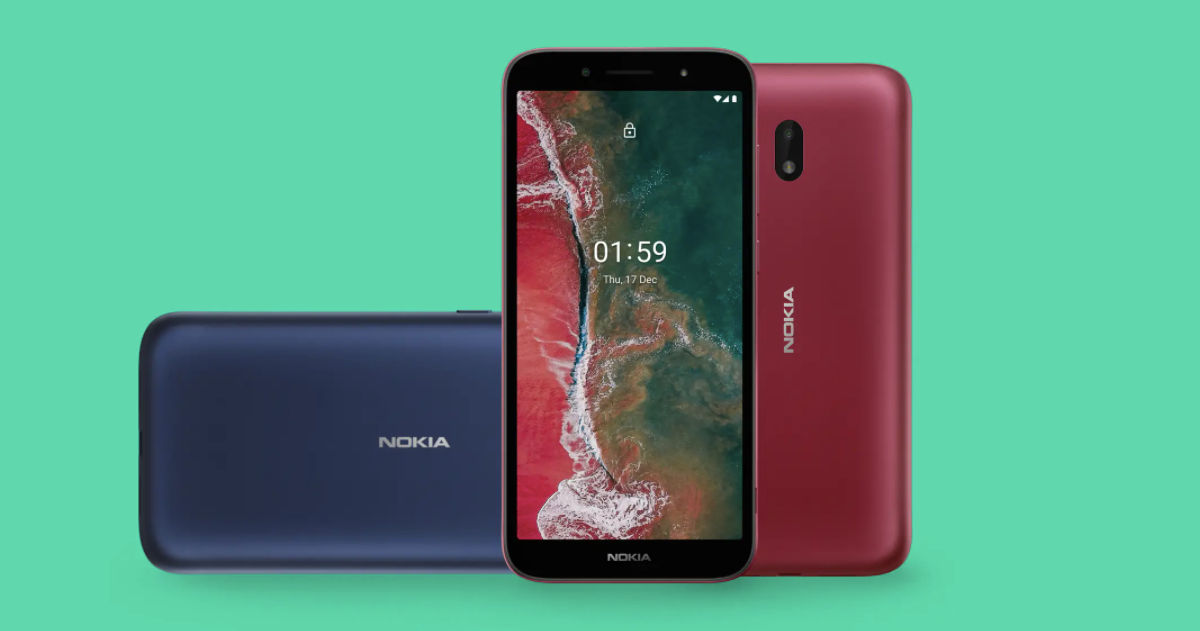 Nokia C1 Plus runs Android 10 (Go edition) and comes with dual SIM support (although single-SIM will be offered in some regions) with 4G connectivity. The handset sports a 5.1-inch HD+ display with bezels all-around. The phone is powered by an unnamed 1.4GHz quad-core processor coupled with 1GB RAM and 8GB onboard storage. In optics, the Nokia C1 Plus employs 5MP with LED flash at the back and a 5MP snapper for selfies and video calling up front.