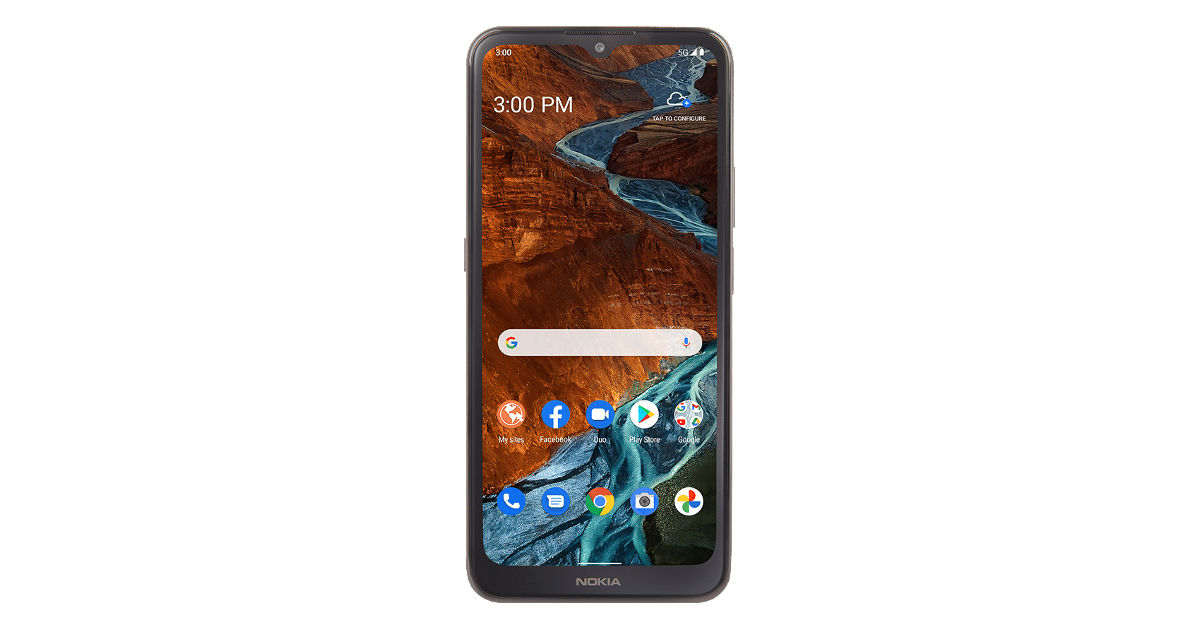 The Nokia G300 5G specifications have been leaked by Nokia Power User along with some images of the design that can be expected. The display on the Nokia G300 5G will be a TFT panel with a pixel resolution of 720 × 1,600 and 386ppi. The device is said to be powered by the Snapdragon 480 processor from Qualcomm that supports 5G. It will feature 64GB of internal storage that will be expandable to 1TB via a microSD card slot. Design-wise Nokia G300 5G looks fairly similar to the Nokia G50 5G smartphone. It carries the waterdrop style notch upfront with a thick chin hosting the Nokia branding. The rear gets a circular camera housing following Nokia’s current design language.

The rear circular camera housing will play host to a triple camera set-up consisting of a 16MP main camera, a 5MP ultra-wide camera, and a 2MP depth sensor. The Nokia G300 5G will get an 8MP front shooter. This budget device will be capable of shooting 1080p footage at 30fps. The Nokia G300 5G is speculated to come equipped with a Hearing Aid Compatible (HAC) rating of T3/M3 along with support for GPS, Wi-Fi, 5G, LTE, and Bluetooth. The Nokia G300 5G will house a 4,470mAh battery. One can expect up to 14.4 hours of talk time and 28 days and 11.5 hours of standby time.