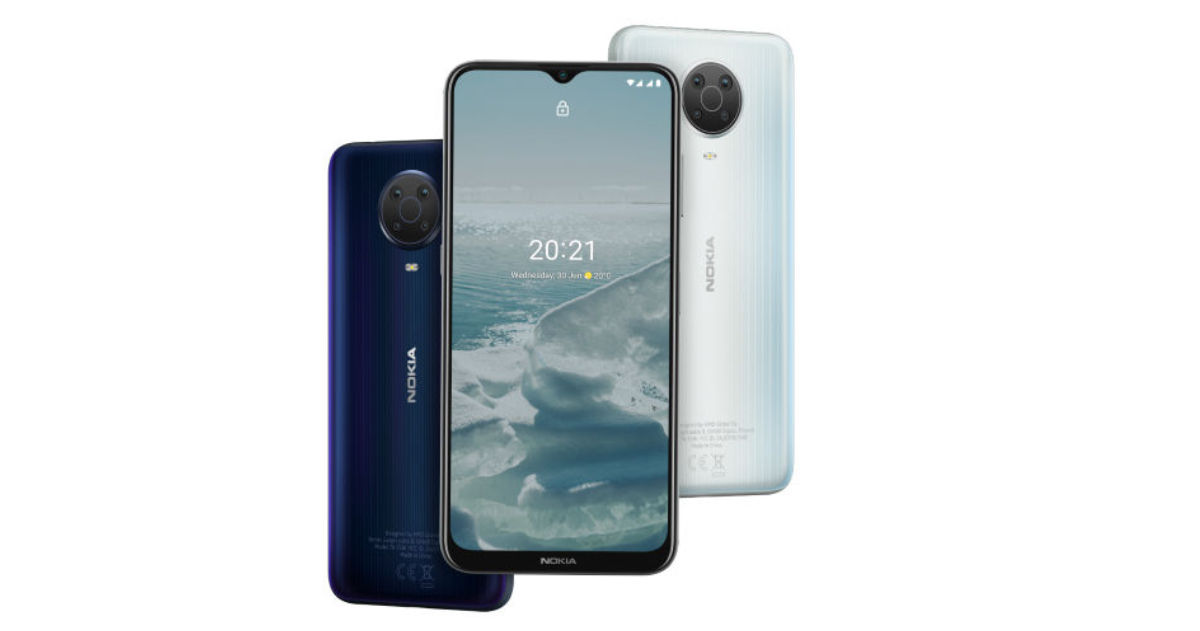 Nokia G50 5G price has been leaked ahead of the official unveiling of the smartphone as two British retailers have already listed the handset on their online platforms. While the LambdaTek website has listed the smartphone up for GBP 217.52 (roughly Rs. 22,100) – VAT included, the MoreComputers website has listed the upcoming handset up at a slightly lower price tag of GBP 207.56 (roughly Rs. 21,100) – VAT included. The handset has been listed on both websites in Sand and Blue colour options. Notably, the listing reveals that the Nokia G50 5G will be made available in 4GB RAM+ 64GB storage configuration.

Unfortunately, the listings do not reveal anything else about the smartphone, not even the phone’s renders. Interestingly, Nokia G50 5G looks set to be the first G-series handset with 5G connectivity in the market. To recall, the brand launched G-series along with its X-series in April. While the latter featured X10 and X20 models, which offered 5G connectivity, the G-series only presented models that supported LTE. As far as the chipset is concerned, the Nokia G50 5G could also feature Qualcomm’s most affordable chipset with 5G support, Snapdragon 480 5G, or the brand could opt for a MediaTek Dimensity SoC.

While there is no information on when we can see the official unveiling of the Nokia G50 5G, the brand has already shared the launch date for Nokia XR20, which will be unveiled on July 27th. It is possible that we can see the Nokia G50 5G launched alongside the rugged XR20, but this is merely speculation as of now.