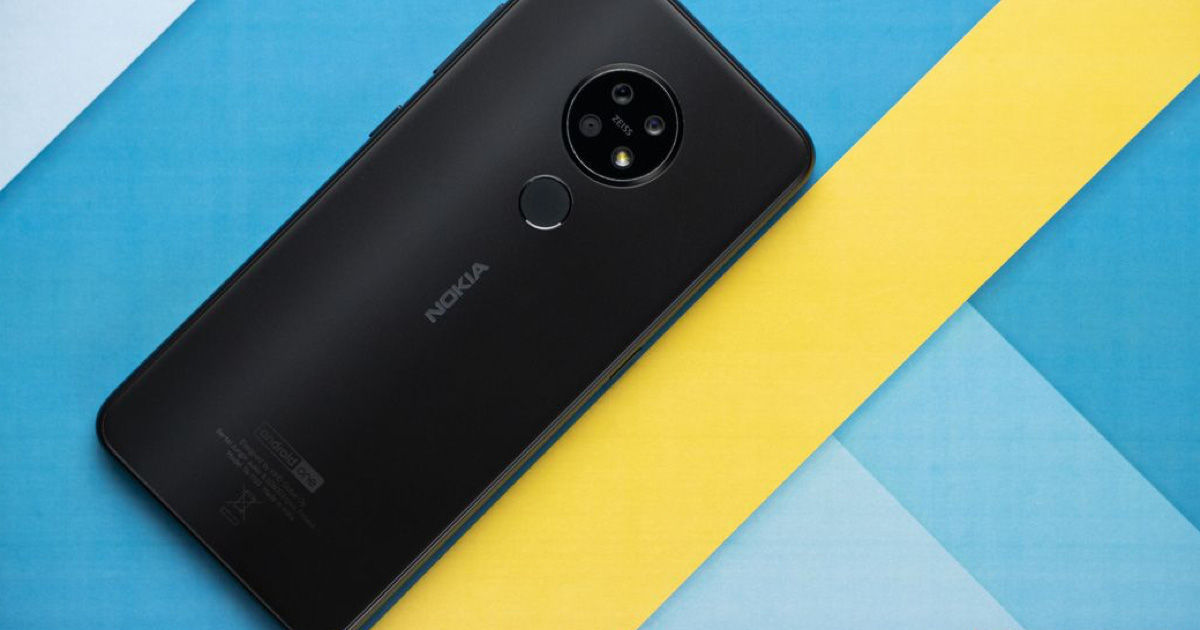 Nokia brand licensee HMD Global is seemingly close to launching its first smartphone in 2020 that will ship with Android 10 out of the box. Spotted in data entries on Russian and Indian certification platforms, the device seemingly has the codename ‘TA-1234’, and is seen to be based on Android 10. Naturally, it supports dual-band Wi-Fi connectivity, which is standard for almost all non-budget smartphone of today. It further seems that the smartphone in question would launch with Qualcomm’s Snapdragon 665 SoC onboard, making it an interesting mid-range prospect to watch out for.

The Nokia TA-1234 had initially appeared on the Russian EEC certification, following which it has now cleared Wi-Fi certification under India’s BIS. This suggests that the smartphone will be launched in at least these two markets. However, nothing much else is known about the mystery mid-range Nokia smartphone, and no particular leaks regarding HMD Global’s upcoming smartphones quite match the description of this particular device. Given the timeline of the device’s appearance on certification sites, it is likely that HMD Global will unveil the smartphone during at MWC 2020 this February. 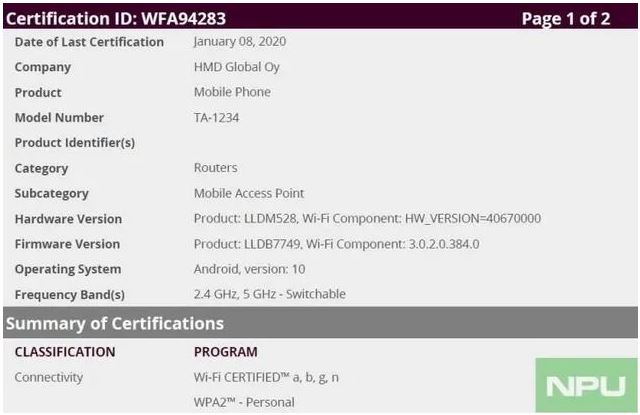 Nokia’s first out of the box Android 10 smartphone will presumably sit below the Nokia 8.2 5G, which is rumoured to be powered by the Qualcomm Snapdragon 735 SoC — also making it a mid-range smartphone. Prior reports about the smartphone have so far suggested that the Nokia 8.2 will have only one variant with 5G connectivity. HMD has previously expressed that it plans to launch an affordable 5G Nokia smartphone this year, and it could be the Nokia 8.2.

Nokia ‘TA-1234’ may launch in India in the coming months. HMD Global is reportedly targeting an increase in its 5G smartphone portfolio through 2020, and in order to do so, may launch multiple mid-range smartphones with 5G connectivity through the year. Each of these smartphones are expected to feature 5G chipsets like the Snapdragon 765, and at a later stage, a deal with Mediatek for its new Dimensity 1000 range of SoCs may not be out of question, either.