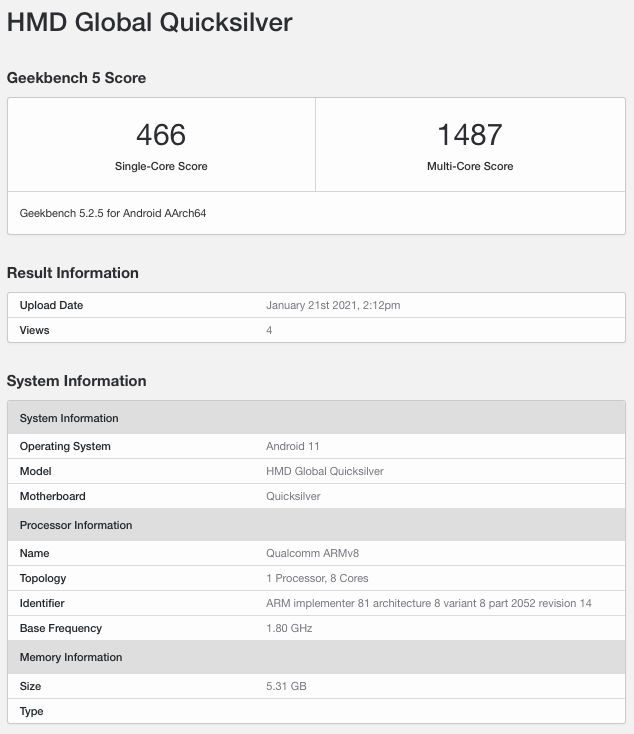 While it is rare to see an affordable Nokia smartphone with 6GB RAM, it is not unheard of. Moreover, the recently-launched OPPO A93 5G is also powered by Snapdragon 480 SoC, paired with 8GB of RAM. That smartphone had posted similar scores on Geekbench recently.

In other Nokia news, HMD Global is working on the Nokia 6.3/ 6.4 affordable smartphone. This handset is said to sport a 6.45-inch display, Snapdragon 730G processor, 24MP quad rear camera setup housed in a circular module, dedicated Google Assistant key, and a 3.5mm audio jack. Another Nokia phone in development is TA-1322 that has appeared on the website of the US Federal Communications Commission (FCC). This smartphone has been leaked with specifications such as a 6.5-inch FHD+ HDR display, Snapdragon 690 5G chipset, 48MP quad rear cameras, 24MP selfie sensor, and 4,000mAh battery.