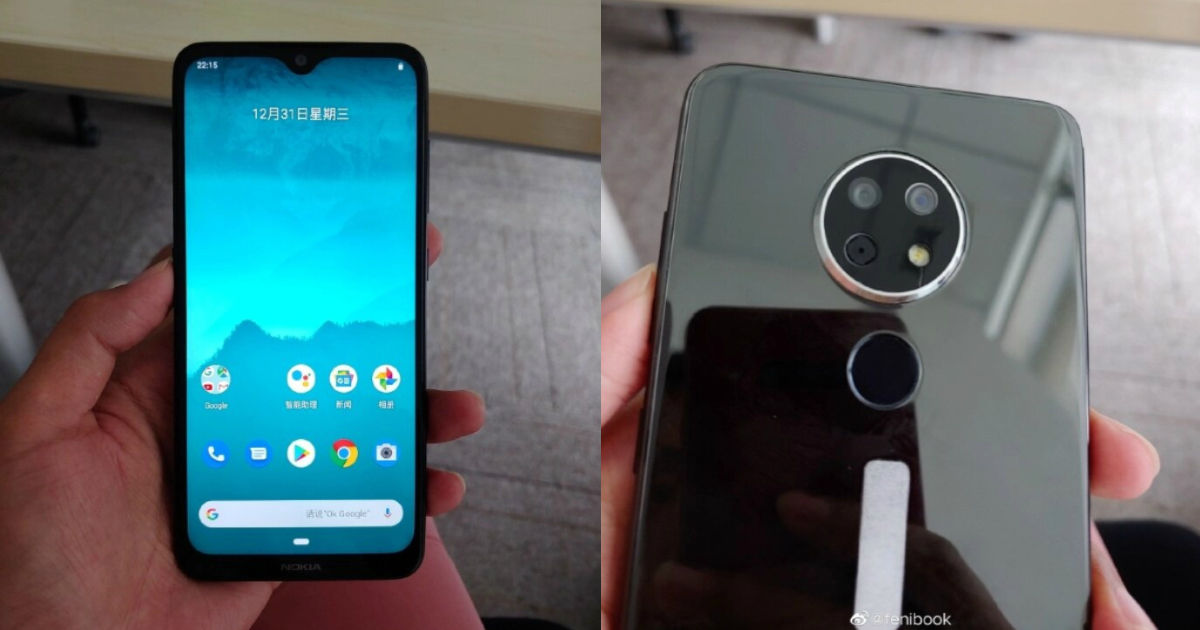 After launching the Nokia 2.2 smartphone in India, HMD Global seems to be preparing another mid-range phone as an unannounced Nokia phone with model number TA-1198 surfaced online, courtesy of Weibo user @fenibook. The device in question is said to have an internal codename “daredevil”. The mystery Nokia handset is seen having at least dual cameras with LED flash arranged in a circular module, similar to that of the upcoming Huawei Mate 30. The phone appears to have a glass body and a rear-mounted fingerprint sensor for biometric security.

Furthermore, the mystery Nokia phone packs a 48MP primary sensor with Zeiss optics, and since there is a switch for the wide-angle mode in the camera app, the secondary sensor could be a 20-megapixel wide-angle lens. It has a teardrop notch to accommodate the selfie snapper and a relatively thin chin at the bottom with Nokia branding, similar to the recently launched Nokia 4.2. The images reveal the handset will also have full HD+ resolution (1,080 x 2,340 pixels). The smartphone is powered by the octa-core Qualcomm Snapdragon 660 SoC with Adreno 512GPU and run on Android 9.0 Pie with stock Android skin. However, RAM and storage configuration details are under wraps for now.

There is a USB Type-C port at the bottom alongside speaker grill and microphone. It has a dedicated AI button on the left, presumably to trigger Google Assistant. The power button and volume rockers can be seen on the right spine. The 3.5mm audio jack is present on the top. A 3,500mAh battery fuels the phone. Since nearly everything about the handset is out, one would hope the launch might be right around the corner. We should know more details soon.