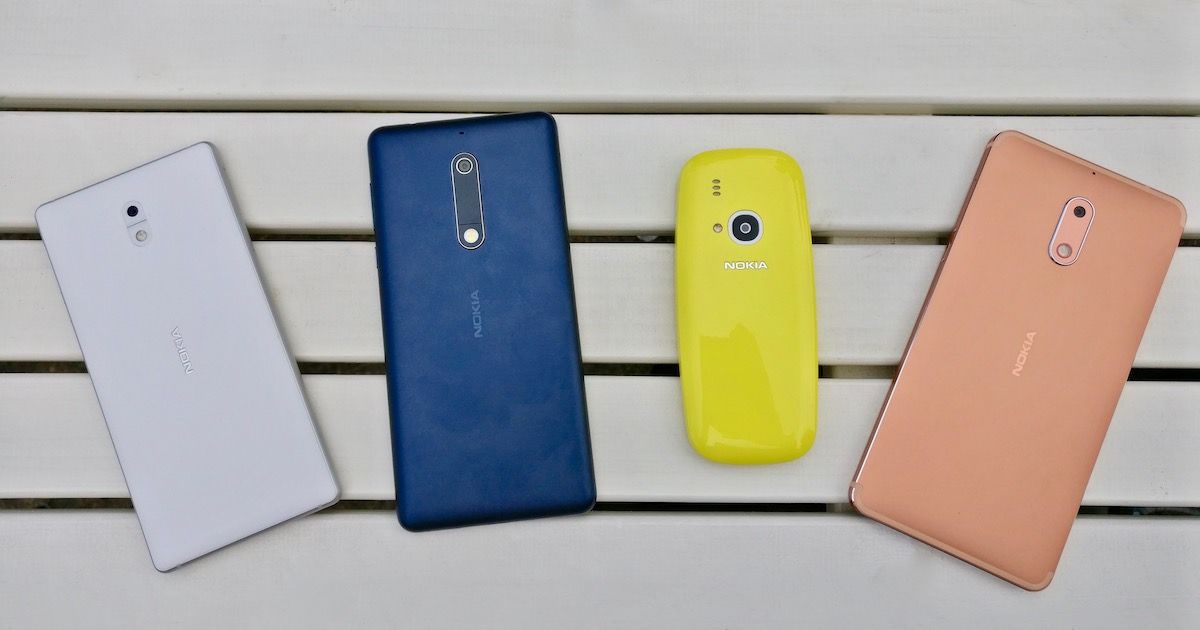 HMD Global brought the Nokia smartphone brand back to life in December 2016, and launched a handful of budget, mid-range, and flagship Android smartphones as well as a number of feature phones. Now, in just less than two years of its resurrection, HMD Global-lead Nokia has entered the club of top 10 smartphone manufacturers in the world.

Market watchdog Counterpoint Research has released its report for the state of the smartphone market for the second quarter of 2018. In the report, the firm claims that HMD shipped 4.5 million smartphone units in Q2 2018, as compared to 0.5 million devices shipped during the same period last year. The company’s shipments grew a whopping 782 percent.

According to the findings, Nokia is now the ninth-largest smartphone manufacturer in the world. Notably, the company shipped almost half the number of devices established players like LG and Lenovo are shipping. Interestingly, Nokia is doing better than HTC and Sony, which aren’t even on the list. 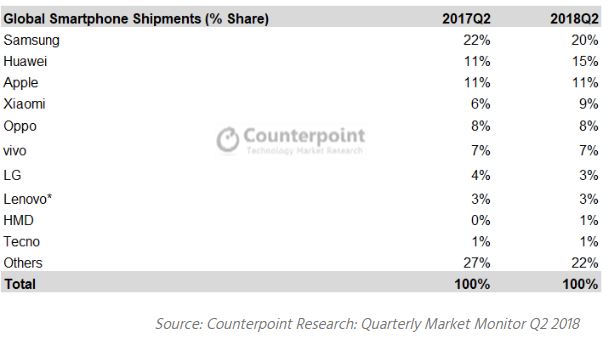 As for the other manufacturers, the report suggests that Huawei has surpassed Apple as the world’s second-largest smartphone player by shipping 54.2 million devices. This is in line with a similar report by IDC. Samsung maintained its number one position in Q2 2018. The company shipped 71.6 million phones and claimed a market share of 22 percent. Notably, the firm reports that the overall smartphone market dropped by two percent in Q2 this year.