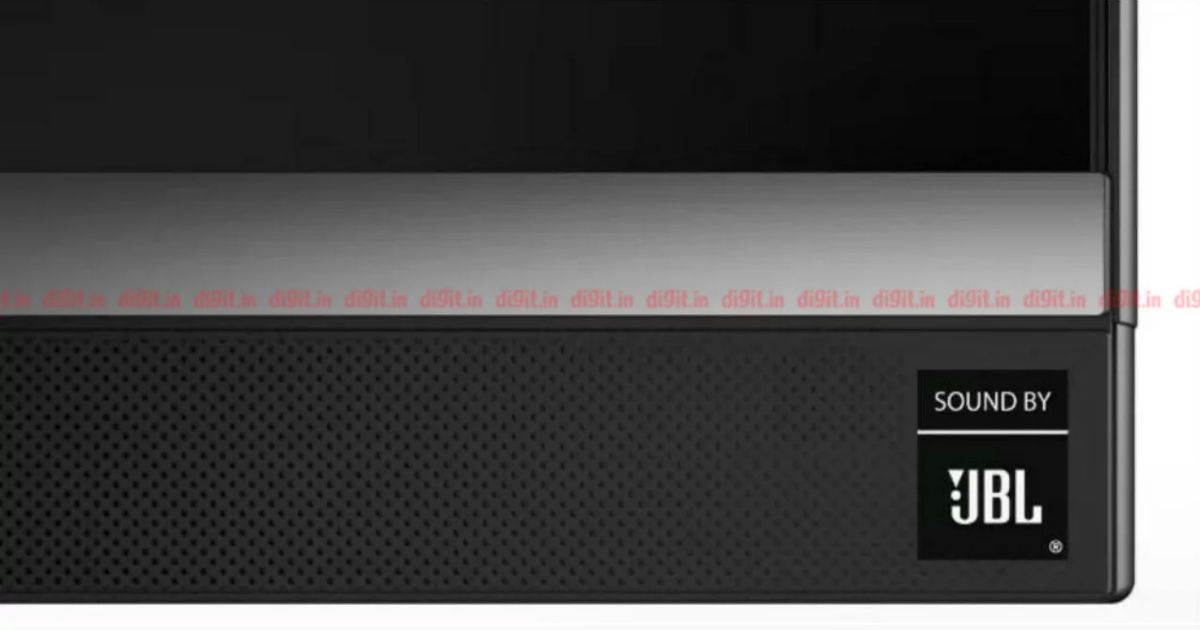 India’s biggest e-commerce giant Flipkart has partnered with Nokia brand licensee HMD Global to launch Nokia-branded smart TVs in the Indian market. The upcoming Nokia TV was recently spotted on the Bureau of Indian Standards (BIS), revealing it will have a 55-inch 4K UHD panel and a model number 55CAUHDN. Now, while we wait for the launch, key features and images of the Nokia TV surfaced online, courtesy of Digit.in. The pictures suggest the TV could have ultra-slim bezels, and the brushed metal design on corners is clearly visible too. Additionally, there’s also “Sound by JBL” branding.

Flipkart detailed the Nokia TV would come with minimal harmonic distortion and clear vocal tones for the immersive sound experience. The TV is also confirmed to have support for Dolby Audio and DTS TruSurround through the front-firing speakers. The latter is claimed to decode 5.1 surround sound and offer playback via JBL speakers. It is also reported the TV would run Andriod 9-based custom OS, with Google Play Store pre-installed.

The Nokia TV is also said to feature ‘Intelligent Dimming technology’, which uses algorithms to offer better contrast with deeper blacks, something similar to local dimming or micro dimming that other manufacturers use. Nokia TV will be sold exclusively on Flipkart and will target consumers in the Tier-2 and Tier-3 cities. Unfortunately, there’s no launch date yet, and this means we will have to wait for Flipkart or HMD Global to make an official announcement in this regards soon. Stick around.