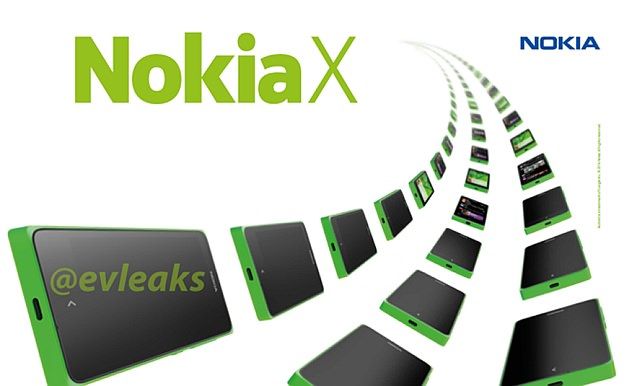 The Nokia X will reportedly be released in India as part of a marketing campaign during the Indian Premier League (IPL). It looks like Nokia is all set to launch its first Android smartphone. A press image of the phone has been leaked online, courtesy of the @evleaks Twitter account. The latest press shot confirms the name of the phone is indeed Nokia X. The image shows green variants of the phone, which is in line with the teasers Nokia has been posting on its Facebook pages.

In addition, BGR India has learned that the Finnish manufacturer has sent out some units of the phone to developers in India for testing. They also claim that Nokia will be releasing the phone during the IPL season in April, with a marketing campaign targeted at younger audiences. According to various reports, the Nokia X will be an entry level Android phone. It will offer a 4-inch WVGA touch display and run a forked version of Android 4.4 KitKat. There will be a 1GHz dual-core CPU under the hood, paired with 512MB of RAM. It will feature 4GB of inbuilt storage on board with microSD card memory expansion. Other features will include a 5MP camera and a 1,500mAh battery. 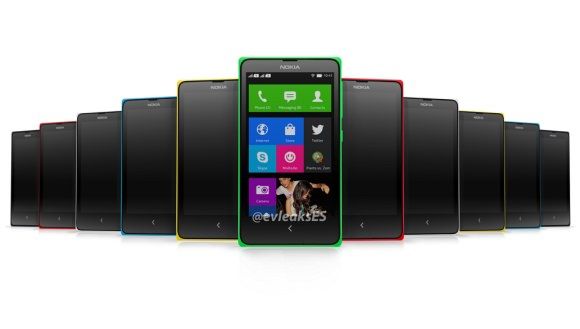 The Nokia X will reportedly join the Asha line-up of devices in emerging markets. There will be no access to the Google Play store, so Nokia will be developing its own app store for it. The rumoured price of the phone is expected to be between Rs 6,500-Rs 7,000. The phone will reportedly be showcased at MWC next week, where we expect to get more details. Source
ShareTweetShare