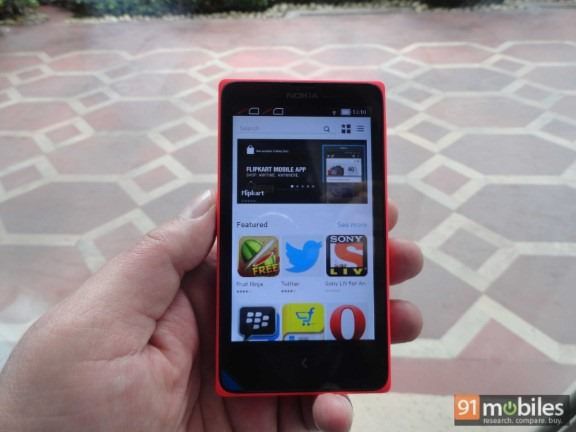 Nokia’s latest family of devices, the X lineup has been in the news ever since it went official at MWC last month. The Finnish brand has announced that the first device in the series, the Nokia X will go on sale in India starting today. We’ve already given our first impressions of the Nokia X from a hardware point of view. However, the device has much more to it than its looks and configuration – the fact that it’s the first Nokia smartphone powered by one of the most popular operating systems, Android. However you shouldn’t consider the device as just any other Android smartphone. In fact, the user interface may mislead you into believing it’s a Windows Phone 8 device that also shares some similarities with the Nokia Asha interface. 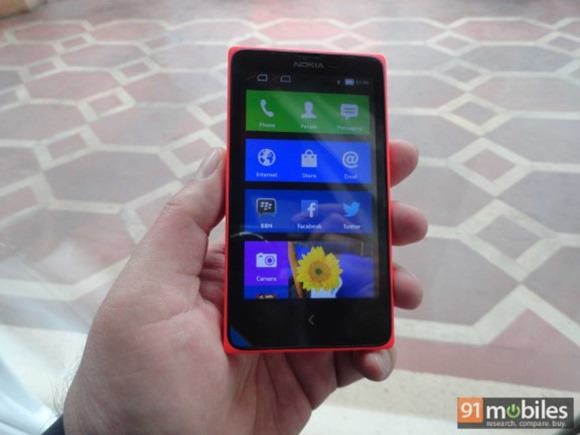 Nokia has made use of Android AOSP (Android Open Source Project), which is essentially an open-source version of the platform that can be used by anyone without the need to license it. This also means that the device running AOSP will be stripped off the Google services that includes Gmail, Google Maps, Google Play Services among others. Similar to the WP8 and Asha handsets, the device has just two software screens. The home screen offers all the apps installed on the device in a tile-based format, akin to the metro UI found on WP. The tiles can be resized or dragged and dropped to any place on the screen, as per user requirements. However unlike the Windows Phone UI where the second screen shows the complete list of apps installed and the home screen can be used to show just the required number of apps, the Nokia X software platform displays all the apps installed on the main screen only. So if you want to find a particular app, then you may have to scroll all the way to the bottom to find it. Creating folders can overcome this problem to a little extent though. Widgets have always been one of the biggest USPs of Android, and the Nokia X software layer also gets that capability. Widgets like Clock, Calendar, etc can be used to display information on the main screen only. 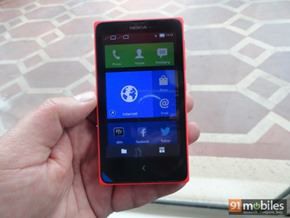 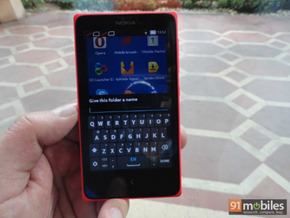 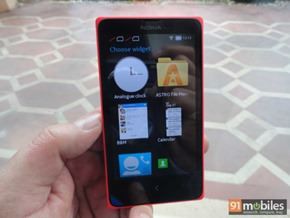 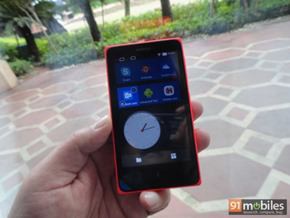 The second screen can be accessed by swiping left or right, and Nokia calls it the ‘Fastlane’ interface. This was first seen on the Nokia Asha 501 and shows your upcoming events, notifications (calls, messages or apps), recently-opened apps (up to 50 apps are shown) and frequently-used ones as well. Fastlane is completely customisable allowing users to get notifications from selected apps only. This can be done by long-pressing any of the apps, which brings up a settings option to configure it. One can also individually remove any notification or app from the interface by swiping it or long-pressing it to delete it. 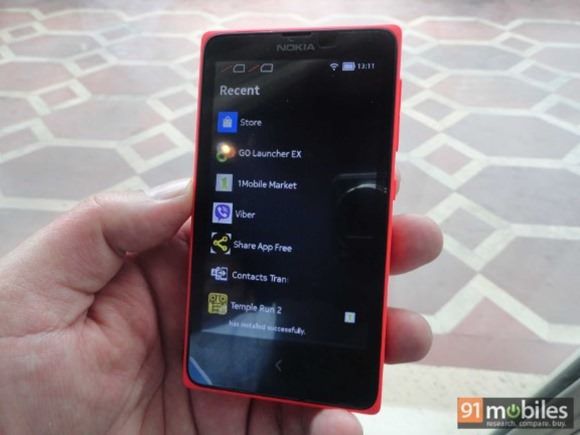 Just like Asha devices, the notification bar at the top shows the network strength for both SIM cards, battery status and time. Swiping it towards the bottom brings the ability to toggle data connectivity, bluetooth, Wi-Fi and sound profiles. Another big change in usability is due to button layout on the Nokia X series. Unlike the usual Android devices offering a three-button layout for options, home and back actions, these devices have only a single button. This button can be used for the back action in any app, and can also serve the purpose of returning to home screen by long-pressing it. However, this button layout brings a major shift in how one interacts with the smartphone and might require some getting used to if you’re already an Android user. As stated earlier, the Nokia X software platform is not regular Android, so it doesn’t get access to the Google Play Store to download apps. Instead, users get the Nokia app store. At the moment, the store has some popular apps like Facebook, Skype, BBM and more. Don’t worry if the app isn’t available on the app store, as it points out to third-party app stores such as Yandex, 1Market, Mobango, SlideMe, etc to download Android apps. There’s a third alternative as well – sideloading APK file(s) to install apps is possible, though this may strike a chord with tinkerers only. 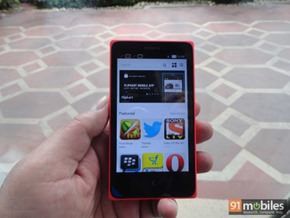 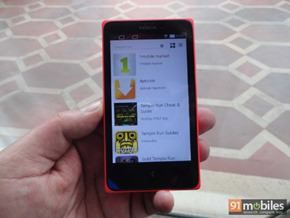 If the default interface of Nokia X doesn’t please you, then you can make use of Android’s customisability through third-party launchers. We tried Go Launcher on the device which makes the UI look like the standard Android interface. However, this method has its own limitations, which is its inability to check notifications or recently-used apps since there’s no Fastlane interface in this launcher. 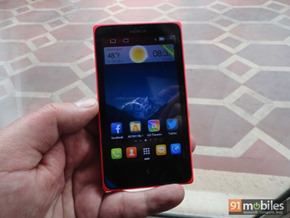 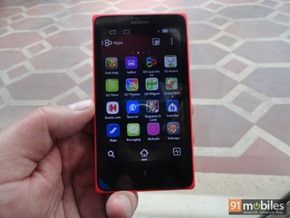 Since Google Play Services aren’t supported, the device relies on Microsoft services. Instead of Gmail, it comes with Outlook.com email client (Gmail can still be accessed through the default client). Instead of Google Drive, it has OneDrive which offers 10GB of cloud storage to the consumers. If there are no alternatives from Microsoft for Google services, then Nokia is filling the gap. There’s Nokia Here for navigation and MixRadio instead of Google Play Music. Buyers of the Nokia X will be getting free lifetime access to the MixRadio service allowing streaming and even downloading music. However, it only allows four offline mixes, and that too for a period of 30 days each. As it happens in any marriage, first impressions aren’t everything and nobody can predict whether they can withstand the test of time. In our opinion, the device does bring a dream combo of Nokia’s build quality with the capability of running Android apps, though not in the manner many were expecting.
ShareTweetShare