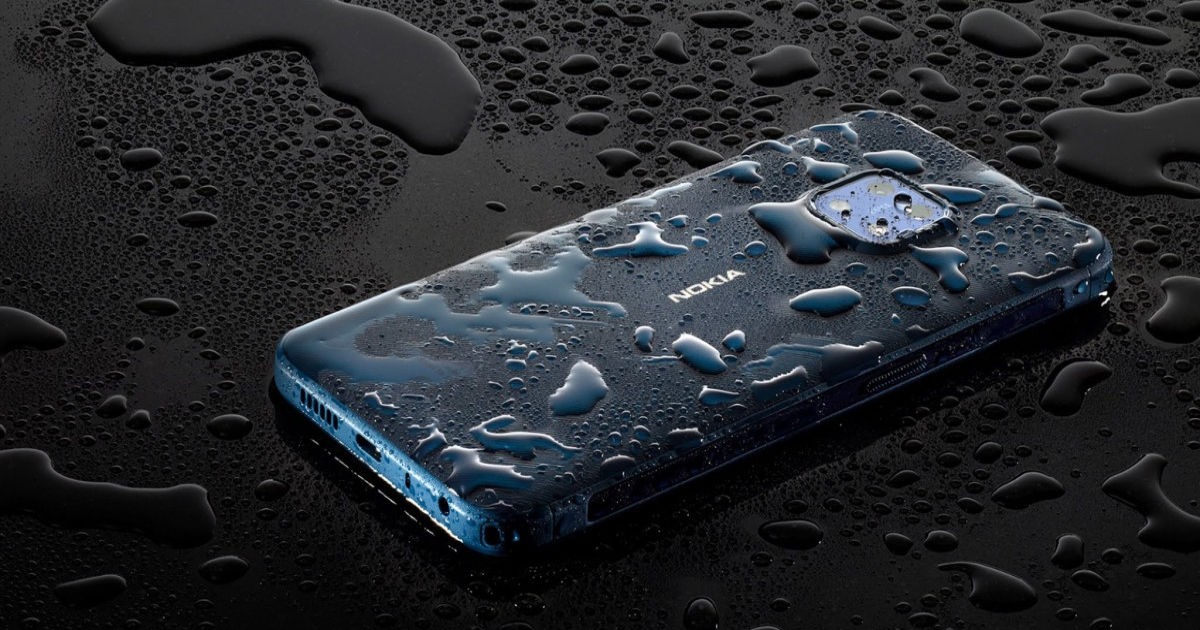 Nokia brand licensee HMD Global is gearing up to launch a rugged smartphone on July 27th and is calling it a phone “that will never require a case”. Post the teaser, speculations started surfacing that the phone would be the Nokia XR20 that was spotted on the Wi-Fi Alliance website with the model number TA-1362, and its specifications were revealed by a Russian e-commerce website. Now, completing the circle, a render of the phone has surfaced on the Nokia Community forum. The image shows the phone in dark blue colour, and considering the phone is covered in water droplets, we can expect it will have IP68 rating. 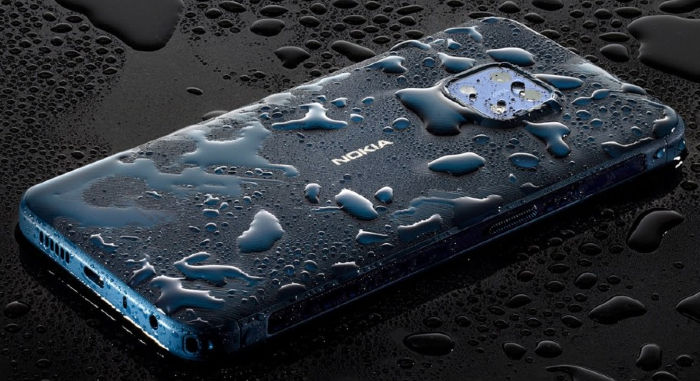 The Nokia XR20 seems to have a square camera cutout on the back and it may house at least dual cameras and an LED flash. There’s also a Nokia logo. On the bottom, it has a USB Type-C port, speaker grille, primary microphone, and a 3.5mm headphone jack. On the left side, it has a power button with a textured finish. From the image, it’s pretty evident the phone will have strong build quality, probably could be the strongest Nokia phone.

Nokia XR20 is said to ship with a 6.67-inch FHD+ IPS LCD display with narrow bezels around the screen. It is said to be powered by the Qualcomm Snapdragon 480 SoC paired with Adreno 619 GPU, 6GB RAM, and 128GB storage that may or may not be further expandable. It is likely to boot Android 11 OS with clean stock UI on top. The Nokia XR20 has is expected to come with a 48MP primary sensor, paired with a 13MP secondary lens. A 4,630mAh battery is said to fuel the phone but details regarding fast-charging are unknown at the moment.

The Nokia XR20 is said to pack an 8MP snapper on the front for selfies and video chats. Connectivity features include 4G LTE, dual-SIM slots, Bluetooth v5.1, NFC, GPS, and a USB Type-C port for charging and data sync. The phone is said to come with a dedicated push-to-talk button that seems to be quite common in rugged smartphones. That’s pretty much everything we so far know about the Nokia XR20 but it remains to be whether that will indeed be the one launching on July 27th. Stick around.