91mobiles.com
Home News Nokia rugged smartphone launching on July 27th in India; could be the...
Highlights 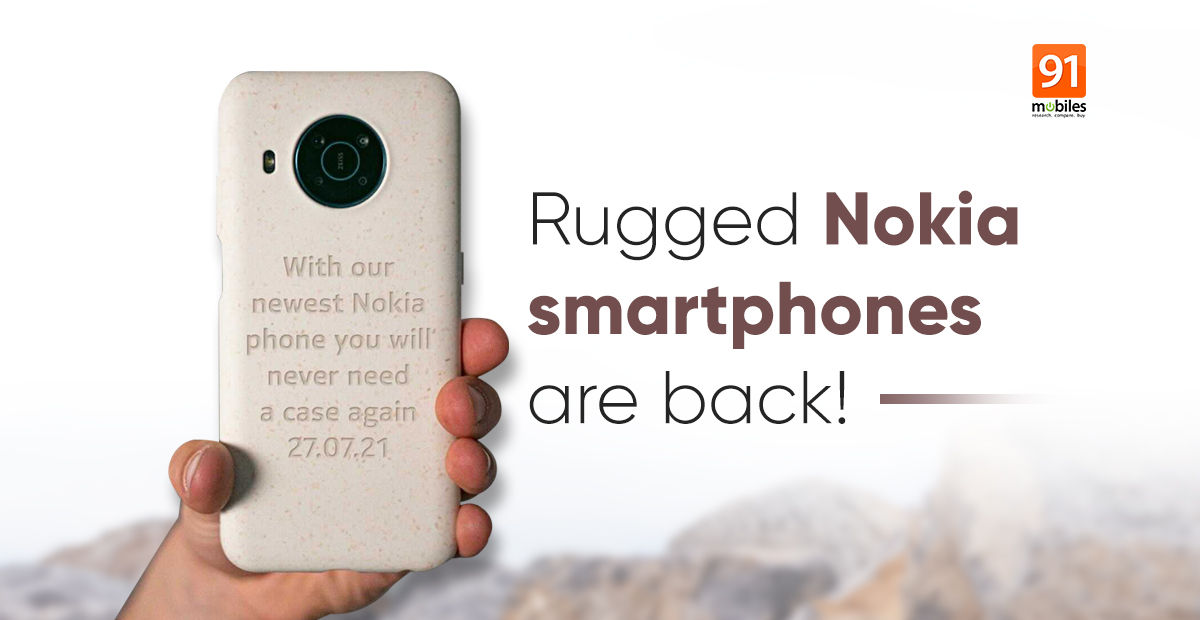 The official Nokia India Twitter handle has teased what it calls a ‘phone that will never require a case’. Its launch date is set for July 27th Judging by Nokia’s choice of words, we’re probably looking at a ‘rugged’ version of some existing Nokia smartphone. Nokiapoweruser speculates that the device in question could be the Nokia XR20. Interestingly enough, we spotted the smartphone on the Wi-Fi Alliance website not too long ago with the TA-1362 model number. Some Nokia XR20 specifications have been revealed by a Russian e-commerce website, too. Rugged phones aren’t renowned for packing high-end hardware, and the Nokia XR20 is no exception.

We reported earlier that the Nokia XR20 will ship with a 6.67-inch FHD+ IPS LCD panel. Although the above render shows that the smartphone has three camera sensors, we know that it will only ship with 48MP and 13MP camera sensors. An 8MP module will handle selfies and video calls. The smartphone will draw power from a 4,630mAh, which might not support any form of fast charging due to SoC restrictions. A Qualcomm Snapdragon 480 SoC could power the smartphone, along with 6GB RAM and 128GB storage.

Other Nokia XR20 features include 4G LTE, two SIM card slots, Bluetooth v5.1, NFC, GPS, and a USB Type-C port. We can also expect it to ship with a dedicated push-to-talk button; a feature that is quite common in rugged smartphones. A user-replaceable battery could be in the cards too. Although that ship has long sailed in consumer-grade smartphones, rugged devices are tailor-made for very specific use cases, especially ones where access to power isn’t readily available.