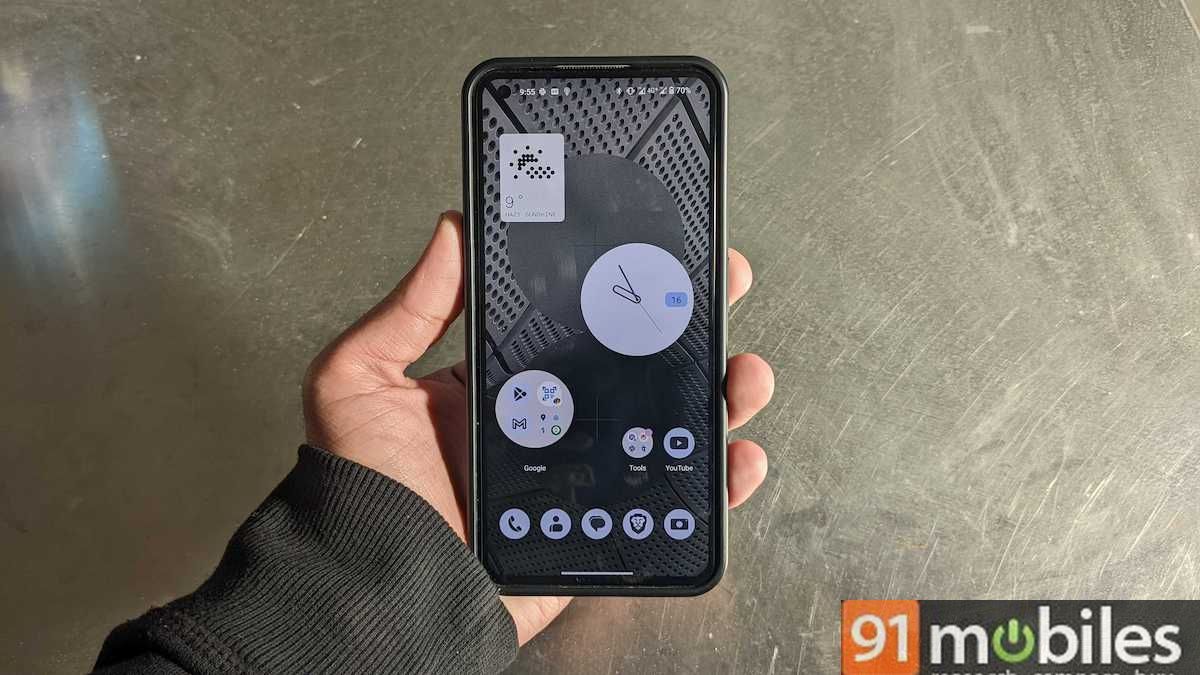 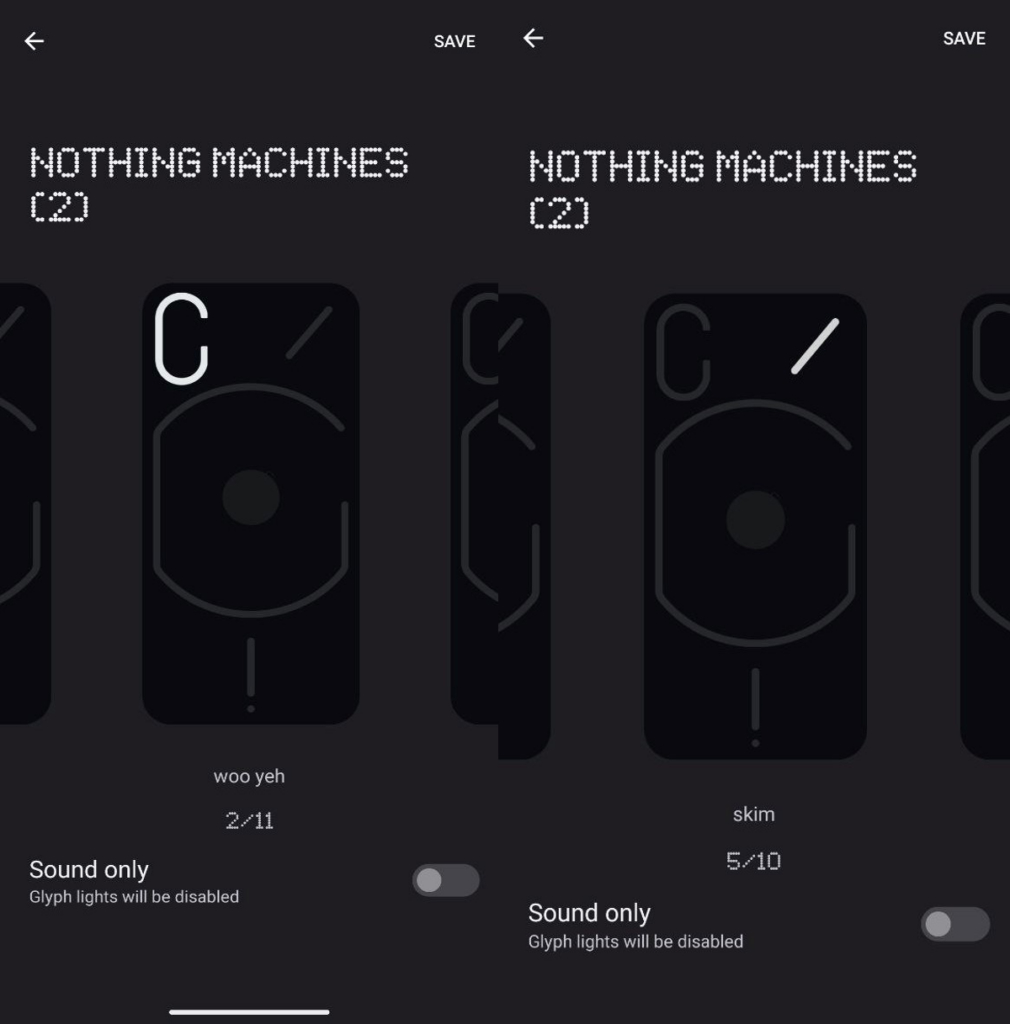 The latest update has introduced new ringtones and notifications, which are dubbed Nothing Machines (2). This is available in the sound library. There are a total of 11 new ringtones and 10 new notification sounds. Our favorite one is the ‘woo yeh’ ringtone. Here is a sample of how it sounds and syncs with the Glyph interface.

This was a much needed feature, particularly for us Indians. Many constantly tend to switch between SIMs for data usage, and earlier this was a pain on the Nothing Phone 1 as you had to manually switch by going to the settings app. Thankfully, now there is a quick toggle, and is implemented very cleverly. Simply turn on WiFi/mobile data and tap on the name of your service provider below (WiFi SSID or Jio, Vi, etc). You will be greeted with an option of both the WiFi and data provider where you can easily switch data cards. 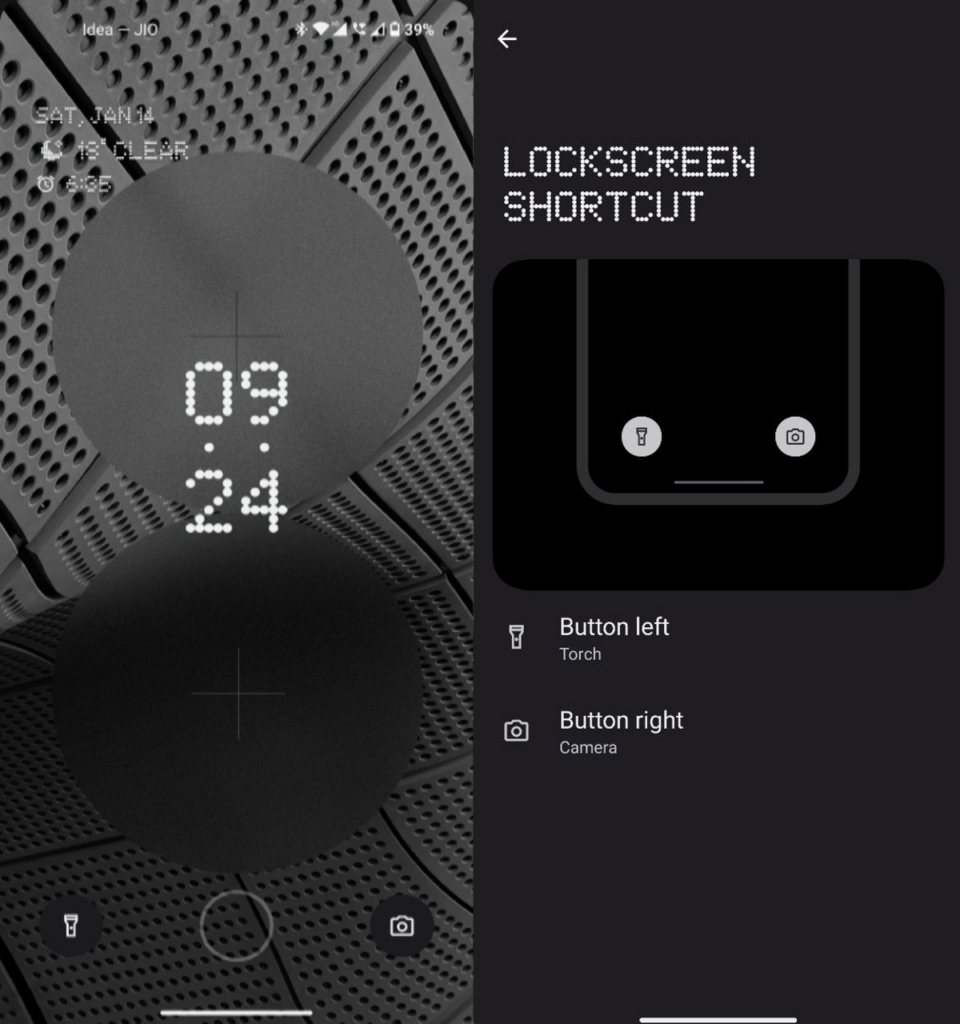 Nothing has integrated the Nothing X app into the operating system itself, streamlining the process of connecting and managing its ecosystem devices. On tapping the app, you are directed to the Bluetooth settings to pair with your device initially. However, once you uninstall the app from the Play Store, you will get the full app to work, we guess this is a bug that needs to be fixed.

The camera fonts on the Settings app have been updated and it looks much cleaner than before. You can even add a timestamp watermark now.

With this update, the company has added six new minimalistic wallpapers. They sync very well with the Material You theming, and icons change according to light and dark modes.

Apart from the cosmetic changes, there are a lot of quality improvements, such as double tapping anywhere on the lockscreen, and the screen transitions in the direction where your finger last touched, regardless of whether Always-On Display is activated or not. Another change is that haptic feedback has been added in minor UI elements, such as tapping on a lockscreen shortcut making it a joy to use. Overall, the phone feels a bit more responsive than the previous beta (which was significantly faster than the Android 12-based build).

We also noticed that the auto brightness sensor is a bit more sensitive, and instantly reacts to changing light conditions. The earlier pop-up view was missing and is now back, and the standby battery seems a bit better, although we have to use this for a while and confirm as there have been around 24 hours since the installation of this build.

Redmi Note 12 Pro+ 5G vs Nothing Phone (1): loaded mid-rangers pitted against each other