Home Comparisons Nothing Phone (1) vs Google Pixel 6a: which is better? 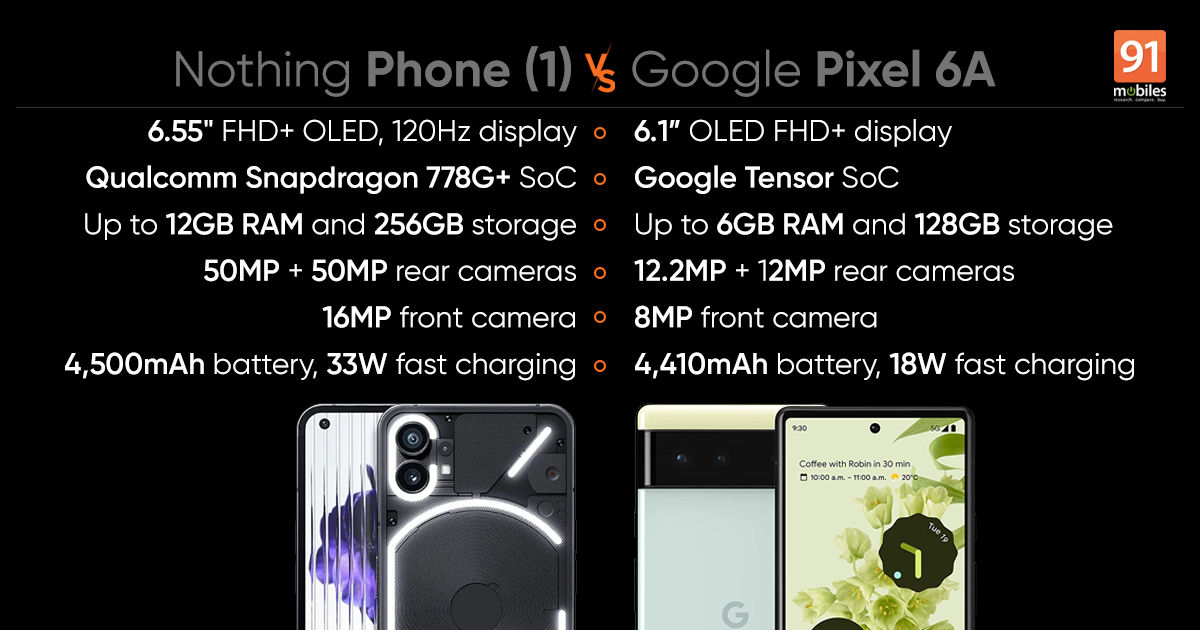 The Nothing Phone (1) has been officially unveiled, and has been launched at a premium price segment above Rs 30,000. The smartphone is the latest venture from OnePlus’ ex co-founder, Carl Pei, and claims to offer a unique experience in a world of homologous Android smartphone offerings. Interestingly, the smartphone will soon be joined by what is often referred to as a clean, stock template for Android smartphones and interfaces, with the Google Pixel 6a tipped to launch in India by the end of this month. On this note, we take a look at which of the two phones could be a better bet for you. Should you wait for the latest Google Pixel 6a to launch in India, or go ahead and buy the Nothing Phone (1)?

Nothing Phone (1) vs Google Pixel 6A: price in India

The Google Pixel 6A, meanwhile, is priced at $449 in USA, and reports suggest that it would be similarly priced – between Rs 35,000 and Rs 40,000 – in India as well. The smartphone has not been launched in India, but could reportedly be unveiled on July 28th.

Nothing Phone (1) vs Google Pixel 6A: design, specs and features

The Nothing Phone (1) looks unique from its rear, since it comes with a transparent rear panel showcasing a basic layout of the phone’s interior from the outside. The unique approach is somewhat similar to what Xiaomi has previously attempted to offer with its ‘Explorer Edition’ flagship smartphones. The device comes with five LED stripes that make up what it calls the Glyph interface, which will light up in various combinations for notifications, calls and more. It is admittedly more regular-looking from the front, featuring a drill-hole front camera slot to the top-left, and uniform bezels all around. The phone also gets flat side edges, and a simply laid out dual rear camera to the top-left of the rear. The phone measures 8.3mm and measures 194 grams, and is larger than the Pixel 6a. 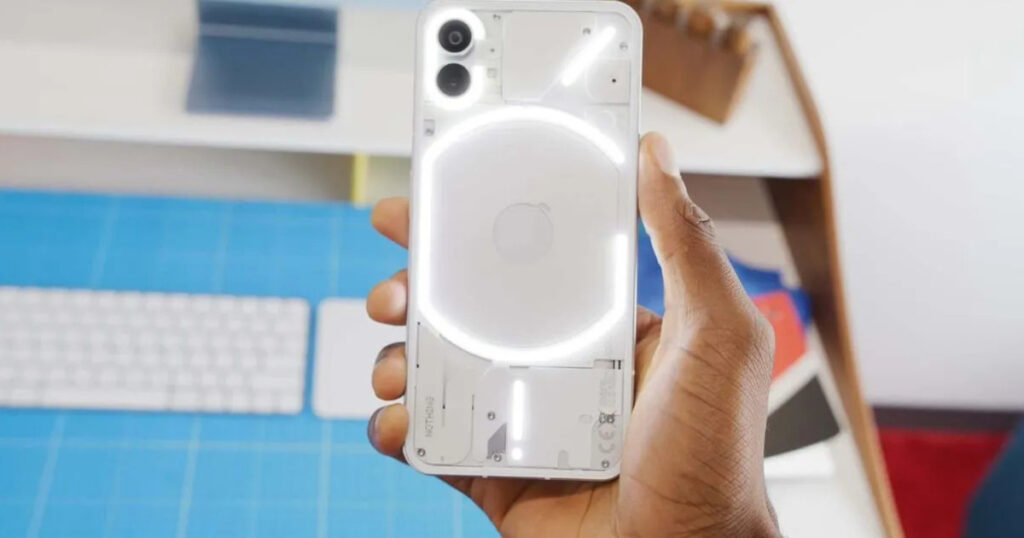 The upcoming Pixel 6a, meanwhile, carries the signature rear design that Google introduced with the Pixel 6 lineup. The rear camera is housed in a horizontal blackened strip running along the upper half of the phone, while the rest of the rear is kept clean – apart from the bevelled Google logo. There are three colour variants, and to the front, the bezels look slightly thicker than Nothing’s. The side edges are slightly curved on the Pixel 6A, and the front camera slot is to the centre of the display. While being more compact, the Pixel 6A is thicker at 8.9mm, but weighs 178 grams.

The Nothing Phone (1) is powered by the Qualcomm Snapdragon 778G+ 5G SoC, which is a mid-range chipset from Qualcomm. It also comes with 8GB and 12GB of RAM, and 128GB and 256GB options for internal storage.

The Google Pixel 6a, meanwhile, is powered by the company’s custom Google Tensor 5nm SoC. The latter is more powerful than Nothing’s SoC as per public benchmark data, but is marginally less powerful than the previous generation flagship Qualcomm SoC, the Snapdragon 888. It, however, has only one variant – with 6GB RAM and 128GB internal storage that is not expandable, either. 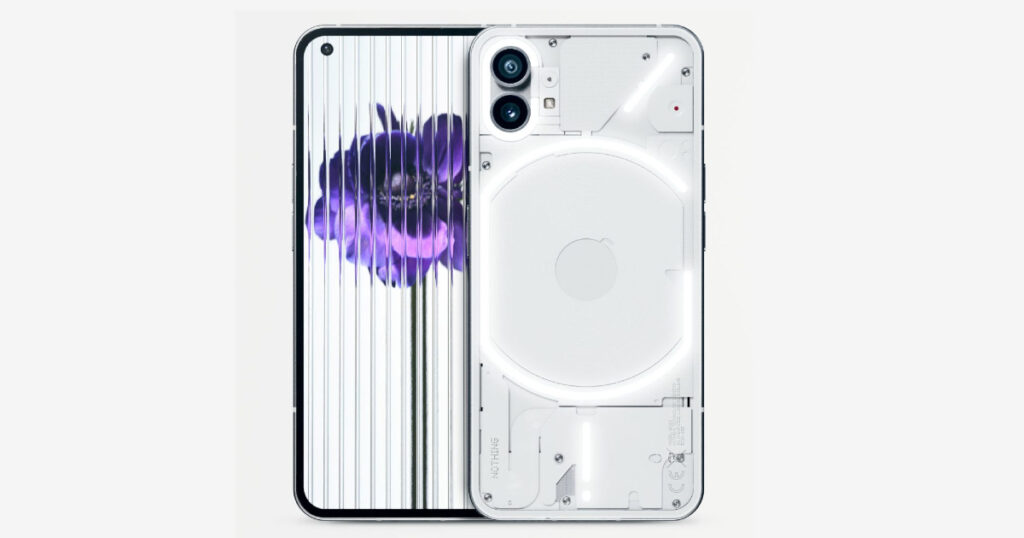 In comparison, the Google Pixel 6a offers a 6.1-inch display, making the smartphone significantly more compact. It also uses an OLED panel, and can render HDR content. It also uses full HD+ screen resolution, and comes with Gorilla Glass 3 screen protection. It also gets support for always-on display on the phone.

The Nothing Phone (1) features two cameras at the rear – with a 50MP primary camera with optical stabilisation, and a 50MP second camera with an ultrawide lens. The phone can record up to 4K videos at 30fps. To the front, the selfie camera uses a 16MP sensor, and record full HD videos. 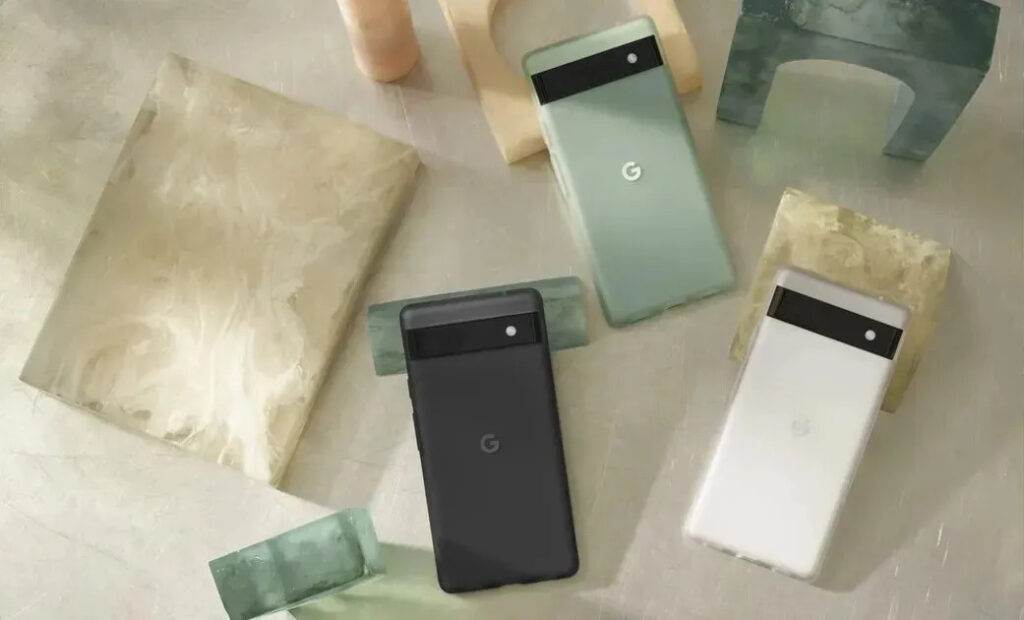 The Nothing Phone (1) is powered by a 4,500mAh battery, with 33W fast charging that can offer 50 percent power in 30 minutes. It also gets support for 15W wireless charging, and 5W reverse wireless charging.

In comparison, the Pixel 6a is powered by a 4,410mAh battery, with 18W fast charging, and no wireless or reverse charging support.

The Nothing Phone (1) gets support for gigabit class dual-band Wi-Fi, Bluetooth 5.2, and a USB-C port as well. It skips a 3.5mm audio port, and has an under-display optical fingerprint sensor.

The Pixel 6a offers the same connectivity standards, but does better with Wi-Fi 6E support for next-gen internet connectivity – as well as a faster USB-C port. It also has a similar fingerprint sensor, and no 3.5mm audio port.

Nothing Phone (1) vs Google Pixel 6a: verdict

The Nothing Phone (1) offers a larger display, more RAM and internal storage, faster battery charging, and higher resolution cameras. However, the Pixel 6a offers a clean Android experience, and a more powerful chipset as well. Despite that, though, Nothing’s smartphone appears to offer a more ‘practical’ feature set than the upcoming new Pixel in India, so you could opt for it now instead of waiting for Google’s launch event later this month.