Home Feature Nothing Phone (1) vs OnePlus 10R camera comparison: nothing to be sneezed... 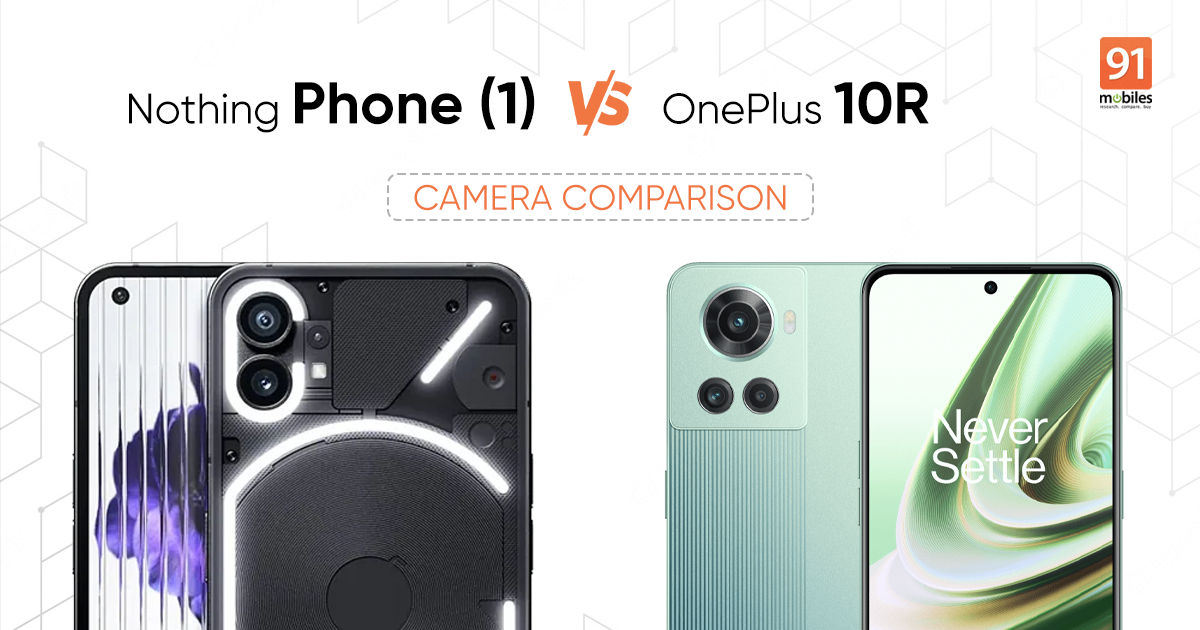 It’s safe to say that the Nothing Phone (1) is the most hyped product launch for the year, which can be accredited, at least in parts to the phone’s design and its – for the lack of a better word – questionable spec sheet. You see, unlike most affordable Androids, the Phone (1) is banking on its end-user experience rather than the core specs. To wit, the handset doesn’t ship with the fastest processor or have the most cameras on offer. Despite that, the device makes for a compelling buy, as I’ve already prefaced in our review. 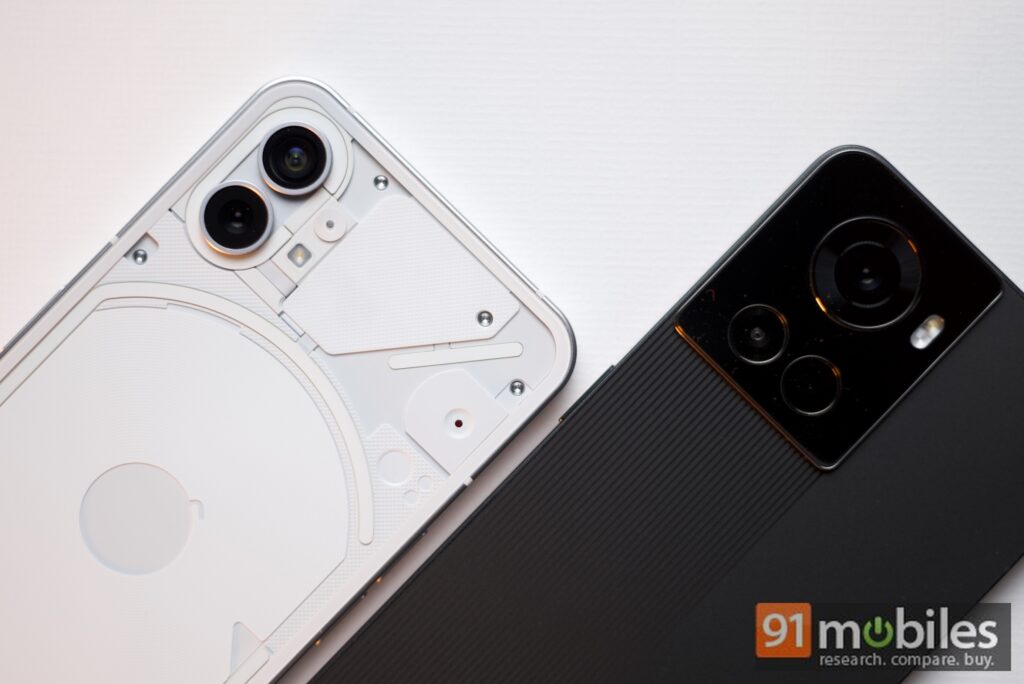 Be that as it may, the Phone (1) has to fend off a ton of enticing devices, including the recently launched OnePlus 10R (review). So, today, I’ll walk you through my photography experience with the devices and in the end, crown a winner. But, before I dissect the camera performance, let’s take a closer look at the camera setup offered by our contenders. Starting with the Phone (1), the device ships with a dual camera setup at the back comprising a 50MP Sony IMX766 main sensor and a 50MP Samsung JN1 ultra-wide sensor. 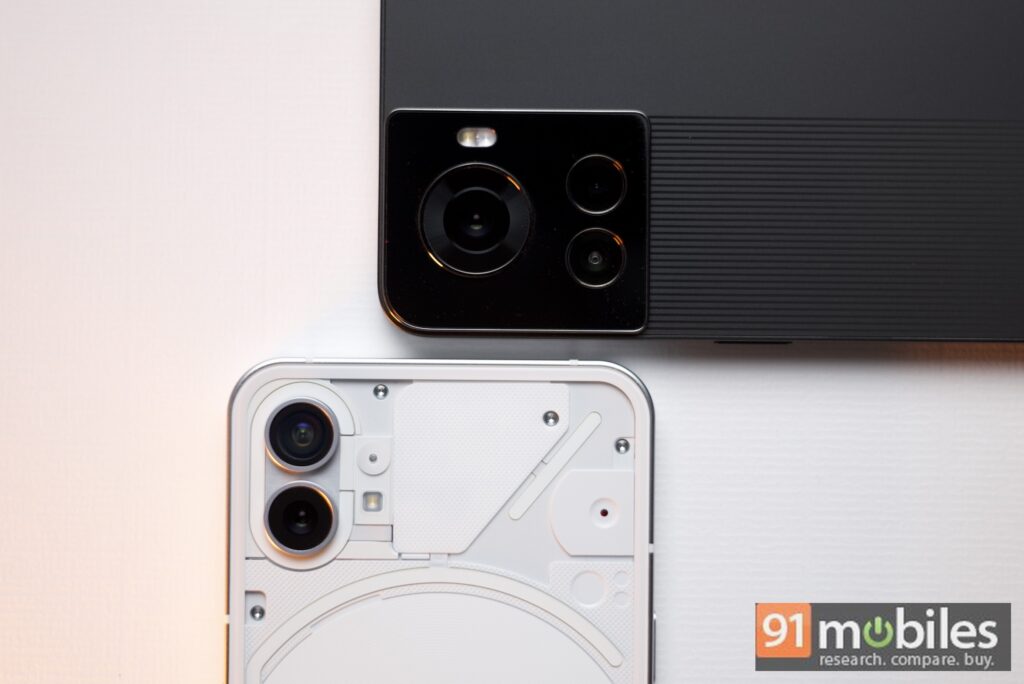 For selfies, the device gets a 16MP Sony IMX471 shooter up front. The OnePlus 10R, on the other hand, features a 50MP Sony IMX766 sensor too. As for the auxiliary sensors, the device gets an 8MP ultrawide camera, a 2MP macro camera and a 16MP selfie camera. I’ve uploaded a video comparing the results from the two phones below, so take a gander –

As substantiated in the video, the Nothing Phone (1)’s dual-camera setup can click delightful images across a variety of scenarios. The sensors reciprocate colours in the frame to a tee and offer more details in the shadows as well. The 10R’s photo capabilities aren’t too shabby either, however, the device tends to jazz up the hues in the frame too much. Furthermore, the smartphone struggles with keeping highlights in check when recording a video in an overtly bright environment too. All said and done, the Phone (1)’s camera array, while not without its faults, is quite capable and the device will make for a great companion for budding photographers.