Home Comparisons Nothing Phone (1) vs OnePlus Nord 2T 5G: which phone to buy... 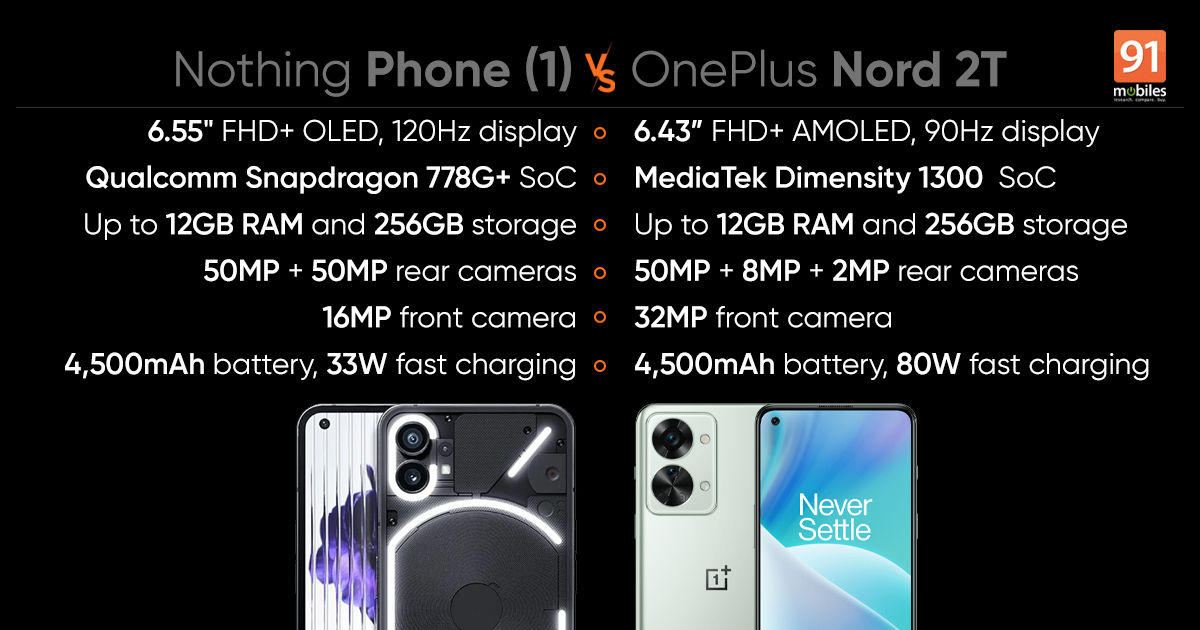 On Tuesday, Nothing announced the Nothing Phone (1) in India. This is the brand’s debut smartphone and it looks to deliver on a number of fronts. The transparent rear panel and the Glyph Interface are some of the standout features of the Nothing Phone (1). The Nothing Phone (1), which has a starting price of Rs 32,999, appears to be a no-compromise 5G smartphone on paper. Given the price, it is in direct competition with the popular OnePlus Nord 2T 5G this year. Therefore, how do these two phones contrast? Let’s find out.

Nothing Phone (1) vs OnePlus Nord 2T 5G: price in India

On the other hand, the OnePlus Nord 2T 5G comes in two variants. The base model comes with 8GB RAM with 128GB storage and is priced at Rs 28,999 as of writing this post. Its higher spec’d model with 12GB RAM and 256GB storage option will cost you Rs 33,999.

Nothing is staying with the online-only concept for its very first smartphone, and the Nothing Phone (1) will only be offered through Flipkart starting on July 21st throughout the nation. On the other hand, OnePlus has a strong offline presence thanks to its prolonged market presence. The OnePlus Nord 2T 5G is offered both online and offline, with Amazon. handling all online sales.

When Nothing Phone (1) is turned about, the transparent back with the internals placed in an attractive manner is revealed. The LED strips that surround all important components of the phone, such as the cameras, wireless charging coil, and the bottom, are the main attraction. Two lenses in the vertical camera system at the top are similar to those on the iPhone X. There are also two SIM card slots, dual speakers, no headphone jack, and an in-display fingerprint sensor on the phone. 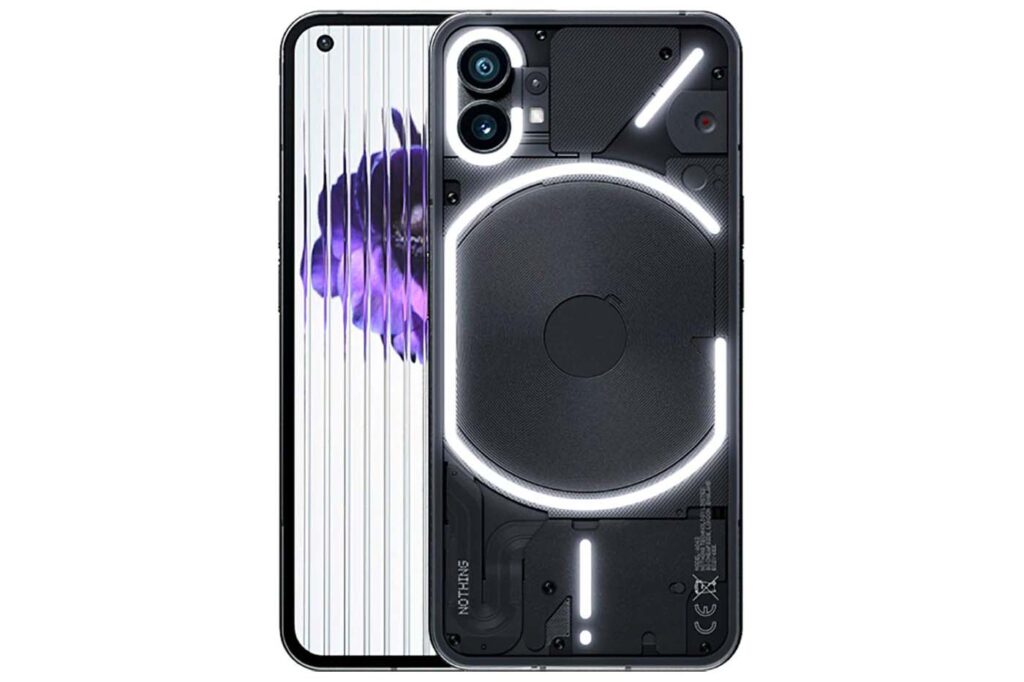 In contrast, the OnePlus Nord 2T introduces a glass sandwich design with a plastic mid-frame and builds on the same concepts as the Nord 2 introduced last year. It has silky-smooth glass on the rear and Gorilla Glass protection on the front. The huge camera module with triple lenses arranged in a recognisable pattern is seen when the phone is turned over. The OnePlus Nord 2T doesn’t have any fancy LEDs; instead, it has an alert slider akin to the ringer switch on Apple iPhones. The phone also gets a dual SIM slot option and comes in two colors: Jade fog and Gray shadow

The Qualcomm Snapdragon 778G+ SoC is the most recent generation and powers the Nothing Phone (1). The 778G+ SoC for the Phone (1) has been tweaked by Qualcomm, one of Nothing’s partners, and now includes compatibility for the Wireless charging module. The phone is offered in three memory configurations, which are: 8GB LPDDR5 RAM and 128GB UFS3.1 storage, 8GB RAM and 256GB storage, and the most expensive 12GB RAM and 256GB internal storage option.

The OnePlus Nord 2T 5G, in contrast, comes in two RAM variants and is powered by the most recent MediaTek Dimensity 1300 SoC. They are the top-of-the-line 12GB RAM and 256GB internal storage option and 8GB LPDDR4X RAM and 128GB UFS3.1 storage.

With their various approaches to the UI, both phones promise a software experience that is devoid of bloat. The Nord 2T receives the company’s renowned OxygenOS UI, even though Nothing clings to stock icons and bespoke fonts.

This is one area where the difference between the two phones is quite stark. The Nothing Phone (1) comes with a relatively large 6.55-inch Full HD+ OLED panel with support for a 120Hz refresh rate. Nothing has tried not to cut any corners here and the panel comes with symmetrical bezels and HDR10+ certification. 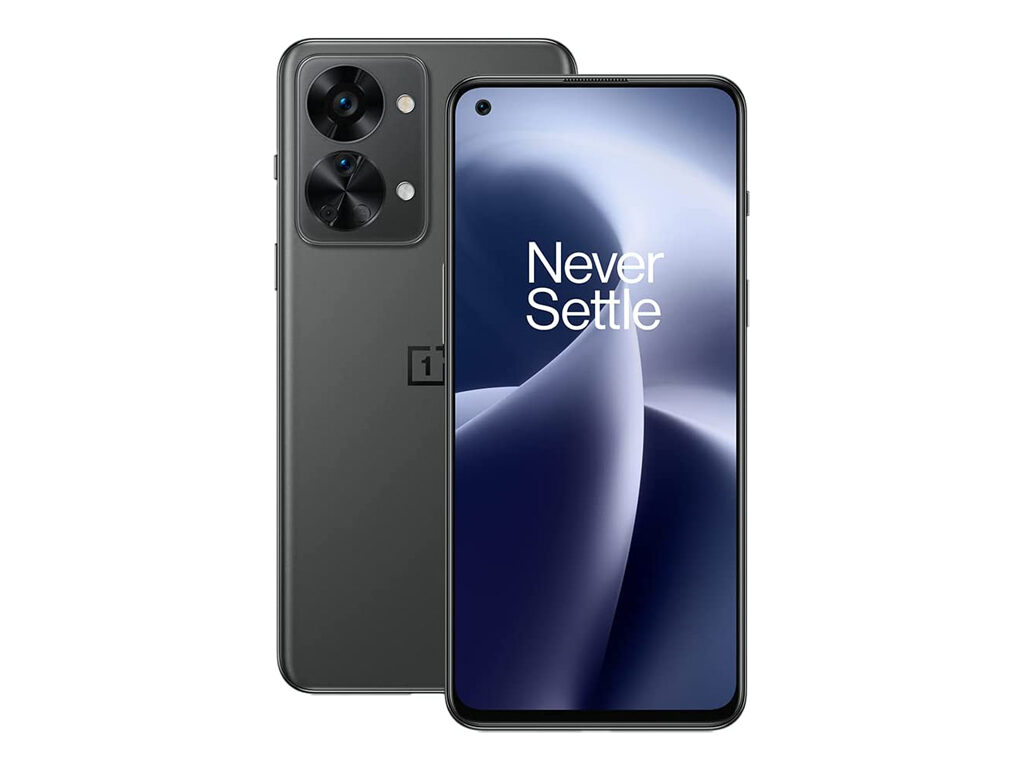 On the other hand, for the Nord 2T, OnePlus has reused the same Nord 2 panel. We get to see a 6.43-inch Full HD+ AMOLED panel with a 90Hz refresh rate and HDR certification. The bezels all around are quite thick in comparison to the Phone (1).

The Nothing Phone (1) has a dual-camera setup on the rear, featuring a 50MP Sony IMX766 sensor with f/1.8 aperture, Dual OIS & EIS, and a 50MP Samsung JN1 Ultrawide angle lens and an LED flash. In addition, there is a 16MP selfie shooter on the front with custom AI modes. There is a fair amount of AI functionalities spread across the camera UI.

The OnePlus Nord 2T 5G on the other hand sports a triple camera setup on the rear with the primary 50MP Sony IMX766 sensor with f/18 aperture, OIS, EIS, an 8MP ultrawide angle lens, and 2MP macro sensor coupled with a dual-LED flash. In addition, there is a 32MP Sony IMX615 selfie shooter on the front for crisp AI selfies.

In terms of connectivity, the Nothing Phone (1) comes with dual-band 4G and 5G support, dual-band Wi-Fi, Bluetooth 5.3, GPS, and USB Type-C for data transfer. The highlight here is the support for 12 5G bands for Global connectivity.

Coming to the OnePlus Nord 2T 5G, the phone comes with dual-band 4G and 5G support, dual-band Wi-Fi, Bluetooth 5.2, GPS, and USB Type-C for data transfer. However, the phone skimps on additional 5G bands and gets support for just 8 bands in total.

Both phones lose out on a 3.5mm audio jack but gain an in-display fingerprint sensor