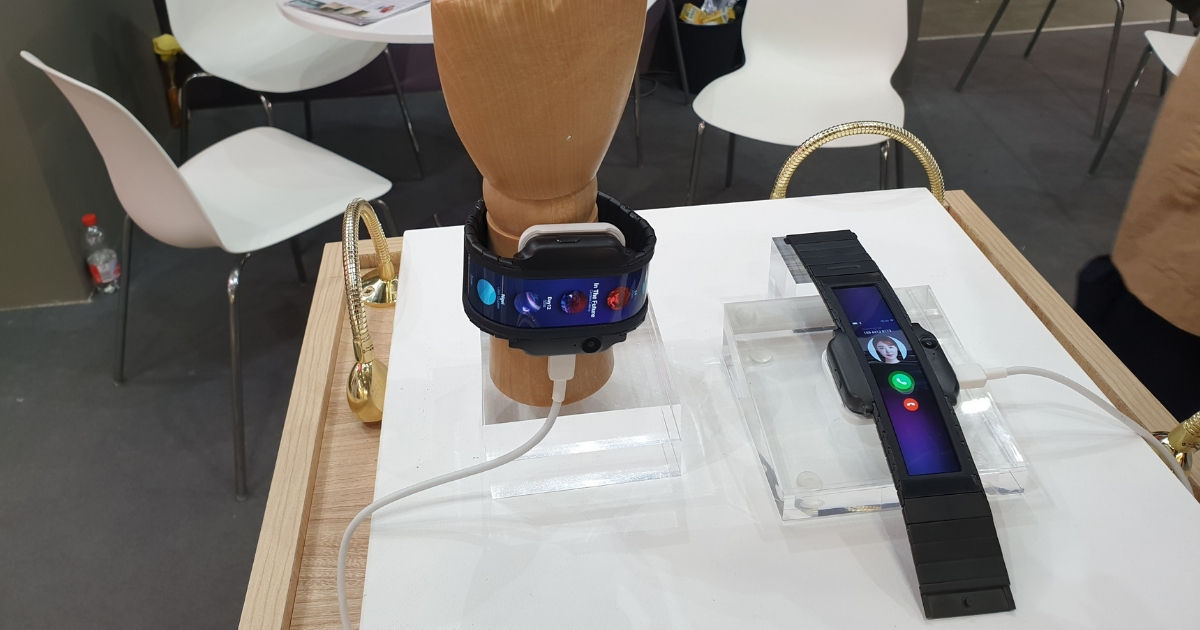 For anyone who’s been excited about smartphone concepts, Nokia’s Morph would be probably among the top of their wishlist. A smartphone that can be rolled and is flexible enough to be worn on your wrist? The brand even teased the fact that such a phone would become reality in seven years. That was in 2008. Almost a decade later, we’re still waiting for such a smartphone. Enter the nubia Alpha. Hailed as a wearable smartphone, it’s an Android-based gadget with an elongated display. The company claims that the phone will be commercially available before the end of this year, which is what makes it worth paying attention to.

It must be noted though that I wasn’t allowed to touch the device. It was showcased inside a glass case at IFA, and while the good folks at the nubia booth did remove it from the glass box for me, they weren’t too pleased when I asked to me let me wear it on my wrist. The nubia Alpha sports an elongated OLED display with a wider base in the centre holding the camera, and a microphone along with a power toggle on the side. The screen seems to offer sharp text and vibrant colours along with good viewing angles as well. Above the screen, there’s a speaker. Apart from that, the Alpha comes across as a normal watch with a metal strap and the usual clasp mechanism. Here’s a look at the nubia concept phone from different angles.

The brand hasn’t disclosed any specs or pricing information, so we’ll have to wait for those details. And while the concept is very interesting, there are quite a few questions left unanswered… what kind of the battery life does the nubia Alpha offer, whether it’s comfortable to wear around the wrist, and of course, whether it can function well as a normal smartphone or not. We’ll definitely try to find the answers to these as and when we can, but there’s little doubt that the device seems straight from a sci-fi movie, but one that should become a reality soon.