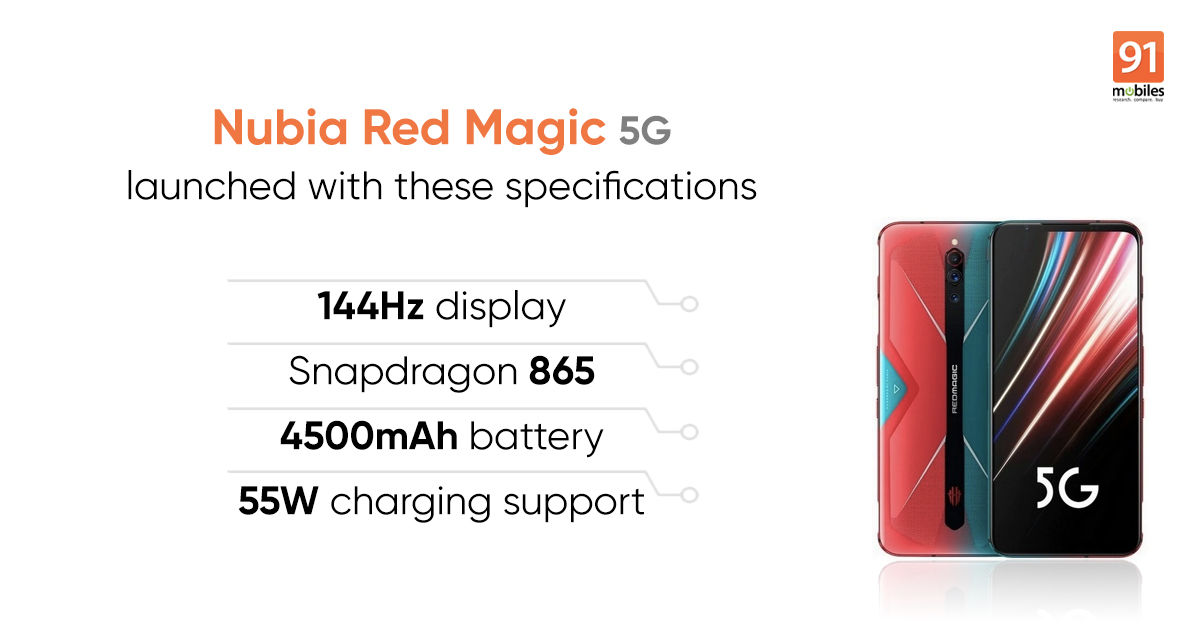 Nubia Red Magic 5G has been launched in China as the brand’s newest gaming-focused smartphone. The handset is the most up-to-date smartphone yet, with some top of the line specifications under its hood. The Nubia Red Magic 5G is powered by Qualcomm’s flagship Snapdragon 865 SoC. It sports an astounding 144Hz refresh rate display, up to 16GB RAM and 256GB UFS 3.0 storage, dual-mode 5G connectivity, and a 64MP main camera. The handset also comes with an active air-cooling system that combines a spinning fan with a heat-sink chamber to dissipate heat while playing games. Separately, Nubia has also announced a limited edition Red Magic 5G Transparent Edition smartphone that has similar specifications but touts a transparent back. 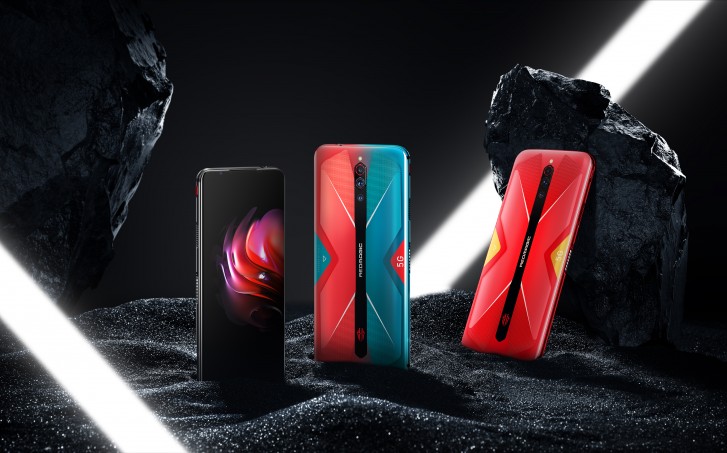 The Nubia Red Magic 5G Transparent Edition has been priced at RMB 4,599 for the 12GB RAM + 256GB storage variant, while its 16GB RAM + 256GB storage will retail at RMB 5,199. The Nubia Red Magic 5G pre-orders in China starts from today, while the sale will begin from March 19th onwards. The handset is said to launch globally later in April, so stick around.

Nubia Red Magic 5G sports a 6.65-inch AMOLED display with FHD+ (2340x1080pixels) AMOLED and sleek bezels at the top and bottom. The display also bears on-screen fingerprint scanner, 144Hz refresh rate, and 240Hz touch-sensing which should ensure buttery-smooth interaction and gaming on supported titles. At the phone’s heart lies Snapdragon 865 chipset with X55 modem for 5G connectivity. The chipset is paired with up to 16GB of RAM and speedy UFS 3.0 storage that maxes out at 256GB. 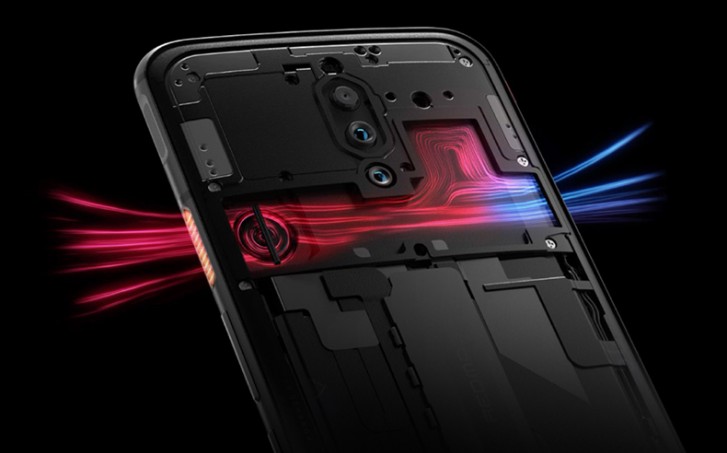 The Nubia Red Magic 5G flaunts an aluminium back with triple rear cameras vertically-aligned in the middle. The camera comprises of 64MP Sony IMX686 main sensor, 8MP ultra-wide snapper, and 2MP macro shooter. For selfies and video chats, the phone features an 8MP shooter on the front. The handset is driven by Red Magic OS, which sits on top of Android 10, out of the box.

The handset houses a 4,500mAh battery and supports 55W fast charging tech. The active air-cooling system ensures that the Nubia Red Magic 5G remain cool even while charging. The vendor claims that the tech can reduce the CPU temperature of the phone by up to 18-degree celsius. Other features include an RGB light panel, Wi-Fi 6 connectivity, a headphone jack, and a 3 microphone setup for optimal audio capture. Lastly, the Red Magic 5G comes with capacitive shoulder triggers with an impressive 300Hz sampling rate, which should result in minimal touch input latency.