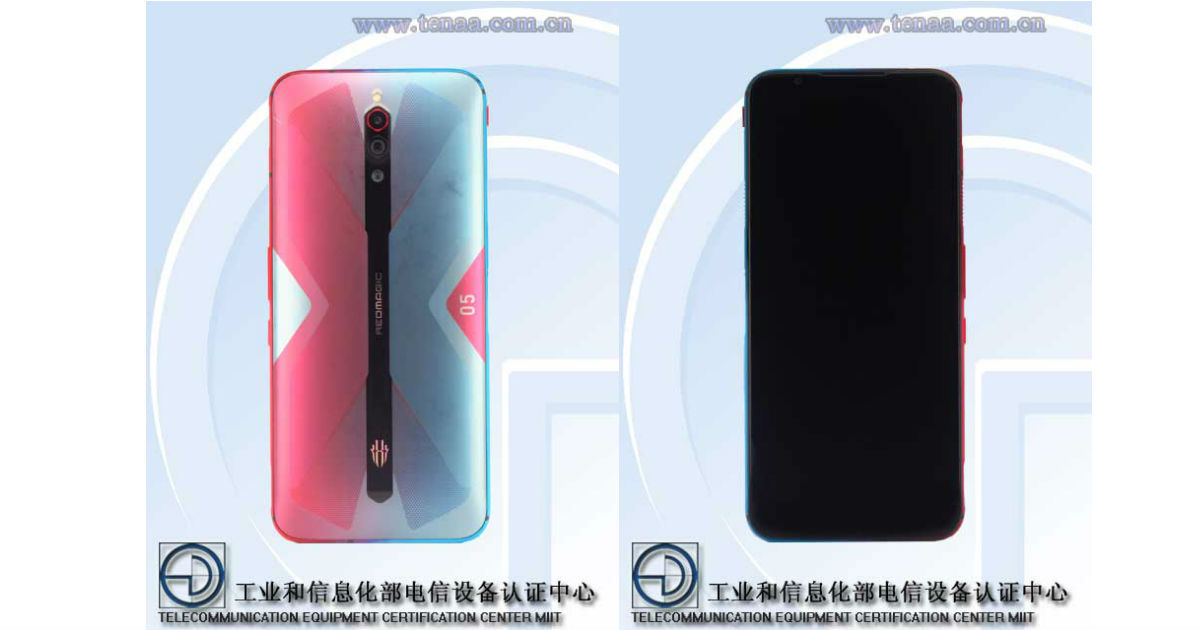 According to the released images, the Nubia Red Magic 5G will feature a design language that is typical of the brand, but with a unique finish. To begin with is the colour scheme, which is completely different in the sense that it sports a dual colour rear end that is merged at the central axis of the phone with a gradient finish. The images posted on TENAA show the left half of the phone in a gradient blue finish and the right half in an equally neon-bathed shade of red. This gives the two edges completely different colour finishes when seen from the side.

Talking of the edges of the phone, the Nubia Red Magic 5G is also expected to show off interesting cooling technologies, with the edges of the phone seen through the TENAA listing showing off air vents on the sides, just beside the capacitive shoulder triggers on the phone that make it feel like a proper game controller. There are multiple vents all around the body of the phone, coupled with a black spine running down the centre of the rear, and housing the triple rear camera, the phone’s name and the brand logo.

Nubia Red Magic 5G specifications that we know of so far include the Qualcomm Snapdragon 865 SoC, up to 12GB or 16GB of LPDDR5 memory, and the world’s first 144Hz display on a smartphone. The triple rear camera has also been touted to feature the 64-megapixel Sony IMX686 image sensor, along with accompanying modules that seem to offer a decently specced out camera. This being a gaming-centric smartphone, it will be interesting what more does Nubia manage to pack in, apart from the wicked colour choices and the standard set of flagship specs, to make it stand out from fellow OEMs such as Black Shark or ASUS.