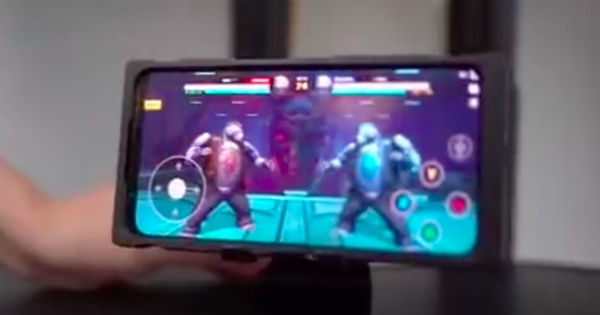 Ni Fei, President of nubia Technology has announced on Weibo that its Red Magic 5G flagship launch will be an online event owing to Coronavirus catastrophe in China. This is very thoughtful of nubia considering it’s not safe to hold a public gathering at this time. Other Chinese brands are also expected to organise online launch events. The executive confirmed the Red Magic 5G will have a 144Hz refresh rate and will use an LPDDR5 memory, but the capacity is a mystery at the moment.

The handset will come with Red Magic built-in fans to include an “air-cooled turbo fast charge” solution. These fans automatically turn on when the temperature reaches a certain threshold. Ni Fei had also demonstrated the phone’s low latency wireless screencasting feature recently. This suggested the phone can play games with no noticeable lag when casting on to bigger screens. It seems to have sizeable bezels on the front. The nubia Red magic 5G is confirmed to be powered by the Qualcomm Snapdragon 865 SoC and have 5G connectivity.

While it’s not confirmed, the handset could come with a 48MP primary rear camera and a bigger battery with 55W fast charging support as well. Unfortunately, that’s all we know about the upcoming nubia Red Magic 5G phone at the moment, but it shouldn’t be long before nubia makes an official announcement and reveal more information. The company is yet to reveal an exact launch date.