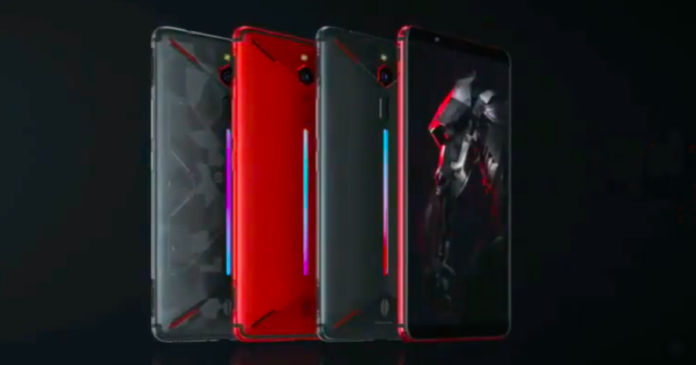 A nubia executive has confirmed to 91mobiles the Red Magic Mars gaming smartphone will be releasing in the Indian market in March. The smartphone was launched in November last year in China and features Snapdragon 845 SoC with ICE cool system, up to 10GB RAM, and shoulder buttons. Along with this, nubia will be launching a Snapdragon 855-powered version of the nubia X smartphone, which has dual displays and was announced in October. The nubia executive told 91mobiles the company is focussing on practical technologies and innovations.

The nubia Red Magic Mars price in India will be under Rs 35,000, while the nubia X with the new Snapdragon 855 SoC will cost under Rs 40,000. However, there is no timeline yet regarding the launch of the latter.

As for the specifications, nubia Red Magic Mars has a 6-inch display with full-HD+ resolution and runs the Android 9 Pie-based Red Magic OS 1.6 custom software. The smartphone is powered by the Snapdragon 845 SoC, has dual-pipe liquid cooling tech, metal back with honeycomb structure, four-way wind convection as well as three-layer graphene film for heat dissipation. It comes with up to 10GB of RAM and 256GB internal storage. On the back of the smartphone is a single 16-megapixel camera with LED flash, while an 8-megapixel unit is in front for selfies. The handset is powered by a 3,800mAh battery with support for NeoCharge fast-charging.

There are RGB light strips on the back panel, which come with six flash effects and can be customised. For controls, the handset has dedicated e-sports button as well as Mars Trigger touch-sensitive shoulder buttons. There’s also 4D Shock haptic feedback while gaming. DTS 7.1 channel audio with dual stereo speakers completes the package.

Coming to the nubia X, the smartphone has a 6.26-inch full-HD+ LCD display on the front and a 5.1-inch HD+ OLED screen on the back to eliminate the bezels in the front without a notch, mechanical slider, or pop-up cameras. It is not clear whether the new variant with Snapdragon 855 will offer 8GB RAM as the standard model or up the game to 10GB or even 12GB system memory. The smartphone has dual cameras with 16-megapixel primary and 24-megapixel secondary sensors. It also has a 3,800mAh battery with NeoCharge 3.0 support.