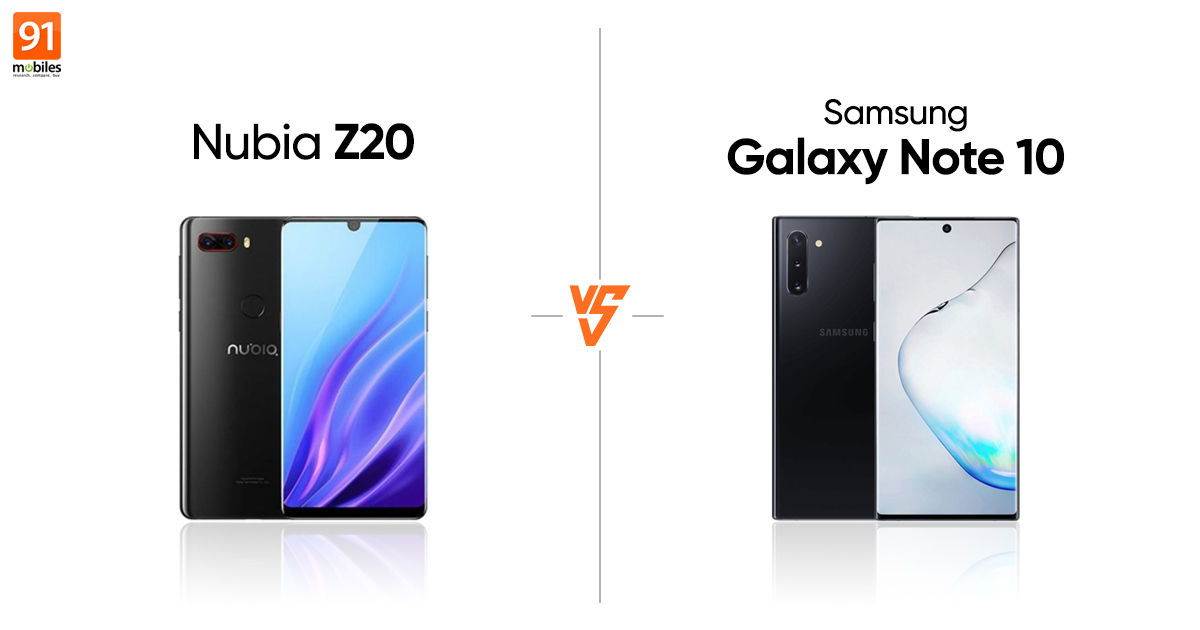 The nubia Z20 is next in line in the Chinese brand’s smartphone lineup, slated to go official in China on August 8th. Nubia Z20, according to the brand itself, will set a new benchmark in the premium smartphone segment with exclusive features including a ‘flexible’ display, 8K video recording capabilities, and other flagship hardware. The Samsung Galaxy Note 10, the South Korean giant’s offering in the Note series, is scheduled to launch on August 7th, just a day before the nubia handset. Can the nubia Z20 steal the Note 10’s thunder? While only time will tell that, details of both phones are already out helping us paint a clearer picture.

At the Global Mobile Internet Conference summit recently, nubia president Ni Fei announced that the nubia Z20 will sport a ‘flexible’ display. Not to be confused with a ‘foldable’ or ‘bendable’ screen, this means that the entire display panel will curve around the edges in order to provide a truly immersive experience.

Fei also went on to say that the ZTE nubia Z20 will, in fact, be the second smartphone in the world — after the nubia Red Magic 3 (review) — to support video recording in up to 8K resolution. While the Red Magic 3 caps 8K video recording at just 15fps, it remains to be seen whether nubia will enhance the feature in its forthcoming flagship.

On a related note, the nubia Z20 is also being rumoured to sport 20X hybrid (digital + optical) zoom in the rear telephoto lens. This first came to light when President Ni Fei shared two live images on Chinese social media, apparently taken on the nubia Z20 showing off its zoom prowess. While there’s no way to confirm the presence of 20X hybrid zoom on the Z20, ZTE’s Axon 10 5G having the same feature does substantiate this fact.

Other than that, there’s no doubt that nubia Z20 sports top-of-the-line internals. It will likely be powered by the Qualcomm Snapdragon 855 Plus SoC, or at least the Snapdragon 855, coupled with 8GB RAM and 128GB internal storage. It is also rumoured to get next-gen 5G connectivity support.

As mentioned above, nubia’s Z20 launch coincides with the launch of Samsung’s big-ticket Galaxy Note 10, which is happening in New York just a day before. The Note 10 has been leaked almost in its entirety. It will feature an almost bezel-less design with a small punch-hole on top for holding the selfie camera. It will also boast flagship features, including the Snapdragon 855 Plus processor, up to 12GB of RAM, and up to 512GB storage. However, it appears to be just a evolutionary upgrade that lacks the ‘wow’ factor… if these rumours are to be believed. And that’s exactly where the nubia Z20 could shine with its unique features.

The nubia Z20 could also prove to be a blockbuster deal, over the Galaxy Note 10, if it’s priced in the upper mid-range, considering the pricing of its predecessors. Having said that, both the nubia Z20 and Samsung Galaxy Note 10 will pack a punch, and we shall have to wait to see whether the nubia Z20 can turn out to be the dark horse or not.