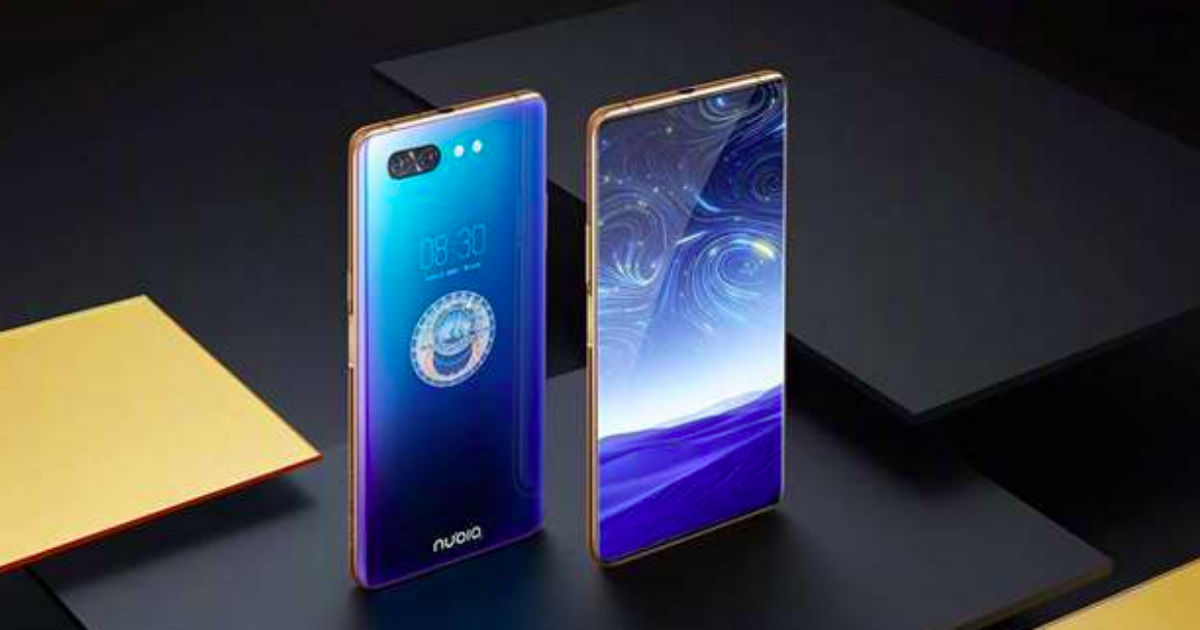 The nubia Z20 design has just been officially teased on Chinese social media by nubia President Ni Fei today. To recall, the flagship nubia Z20 handset made an appearance on TENAA last month, which laid bare all its specifications for one and all to see. However, this new nubia Z20 render gives us a real close look at the handset’s curved screen. That’s right, it seems Chinese manufacturers are now going all-in on the curved display. We have previously heard the rumour that the upcoming flagship will have a flexible display, which means a display panel that curves to the sides. 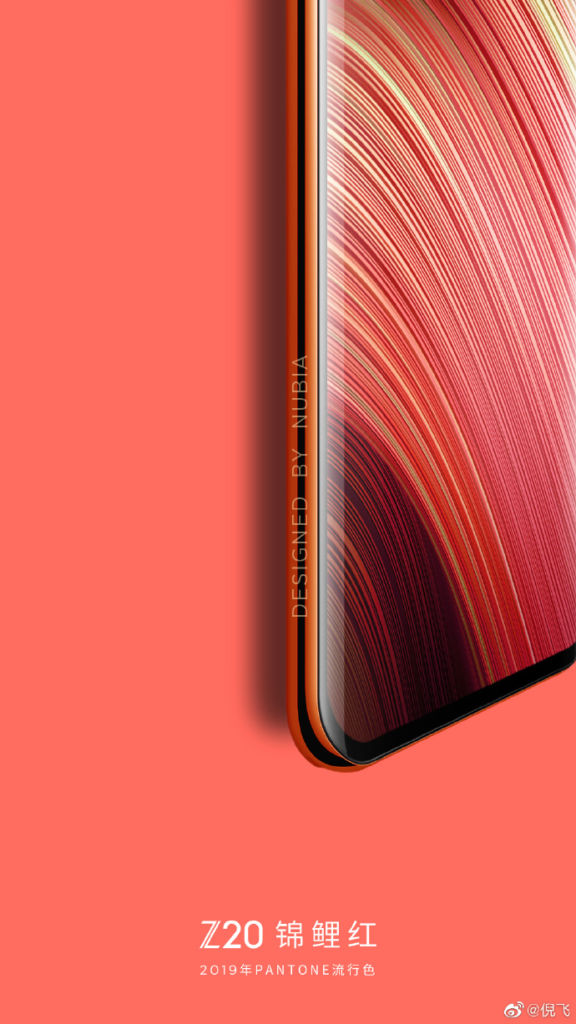 The teaser shows what appears to be a Red coloured edge of the handset. In reality, it is a unique Living Coral inspired colour, which is Pantone’s Color of the Year 2019. That’s also hinted at the bottom of the teaser. Besides that, the extremely thin bezels are also clearly visible and the chin is ultra-thin too. Now, we already know that the nubia Z20 is inspired by its predecessor, nubia X, in terms of design. It’s one of those rare phones that boast of dual display panels. The front houses a 6.42-inch OLED panel while the back also has a smaller 5.1-inch HD+ display. Recent TENAA images have made it clear that the Nubia Z20 has triple cameras while official teasers have hinted at a zoom feature which we are excited to hear more about.

The exact specifications of the nubia Z20 camera are unknown but what we do know that there’s a primary 48MP primary snapper. This will also likely be used for selfies and we can expect some stellar pictures, at least in theory. The Nubia Z20 will be powered by a 3,900mAh battery while the Snapdragon 855 Plus processor is thought to be sitting at the heart of the chassis. The certification pointed out at models ranging from 6GB to 12GB and 128GB of storage, going all the way up to 512GB. There’s no microSD card slot for storage expansion.

Nubia will be taking the wraps off the phone on August 8th which is just two days away. But don’t expect to see the phone launch officially in India.

nubia Z20 with dual displays and Snapdragon 855 Plus SoC launched