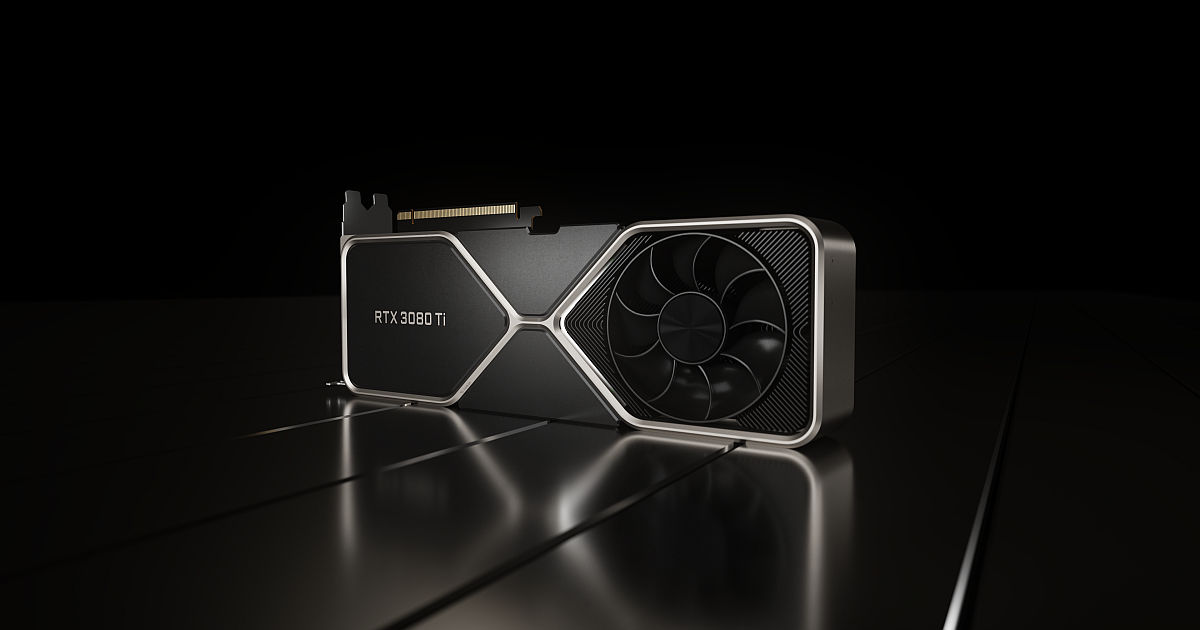 The Nvidia GeForce RTX 3080 Ti price in India is set at Rs 1,22,000 for the reference model, that Nvidia manufactures. Getting your hand on will be mighty difficult, though, as these tend to disappear within seconds of going on sale. Models from AIBs such as Zotac, Asus, and MSI could cost a lot more. There is word about its India sale date yet.

The Nvidia GeForce RTX 3080 Ti is arguably the most delayed graphics card in history. We’ve been hearing about it since early last year and its putative launch has been delayed more times than one can count. It ships with a GA102-225-KD-A1 GPU that has 10,240 CUDA cores. It is slightly lower than the 10,496 cores found in the RTX 3090. It ships with 12GB of GDDR6X VRAM on a 384-bit bus (as opposed to 320-bit on the RTX 3080). Its base clock speed is set at 1.3GHz, which can boost up to 1.67GHz. AIB partner models could go higher, though, especially the ones with beefier cooling.

The Nvidia GeForce RTX 3080 Ti ships with three DisplayPort ports and one HDMI port. Its TGP is rated at 350W, on paper, at least. Real-world power draw could be a lot higher, depending on the workload. That’s why Nvidia recommends that you pair it with a 750W power supply, at least. Lastly, you get all the benefits of current-generation Ampere cards, such as DLSS, Resizable BAR, ShadowPlay, Nvenc encoder, and more.

Here’s where things begin to get even weirder. The Nvidia GeForce RTX 3070 Ti price in India is set at Rs 61,000. For a measly Rs 1,000 extra, you can get an objectively better GeForce RTX 3080. Once again, these prices mean little in the real world. Nvidia is yet to announce the GeForce RTX 3070 Ti India sale date.

As noted above, the differences between the GeForce RTX 3080 Ti and RTX 3080 are quite significant. That isn’t the case for the Geforce RTX 3070 Ti and RTX 3070. However, the GeForce RTX 3070 Ti will easily outperform its non-Ti sibling as it ships with 8GB of faster GDDR6X memory on a 256-bit bus and 6,144 CUDA cores. Input options are the same as other high-end Nvidia SKUs, including three DP 2.0 ports and 1 HDMI port. The Nvidia GeForce RTX 3070 Ti is clocked at 1.58GHz and can boost up to 1.77GHz. Its TGP is set at 290W and Nvidia recommends that you use it with a power supply rated at 750W or higher.

Nvidia also announced that over 130 titles would get RTX support in the coming months. They include Escape from Tarkov, CrossFire HD, Naraka: Bladepoint War Thunder, and Doom Eternal.

Nvidia unveiled some new gaming laptops from Alienware and Acer. Alienware’s x15 is an ultra-thin GeForce RTX 3080 laptop with a 15-inch QHD G-Sync-ready. The Acer Predator Triton 500 SE, has a 16-inch screen and features a GeForce RTX 3080 Laptop GPU and is loaded with third-generation Max-Q technologies for peak operation and performance.