Cab-hailing service Ola on Monday announced to extend its complimentary “Auto-Connect Wi-Fi” service to its Ola autorickshaw facility across 73 cities in the country.

Wi-Fi connectivity for existing Ola customers begins as soon as the trip starts. First-time users need to connect via “one-time authentication” key on their phones. 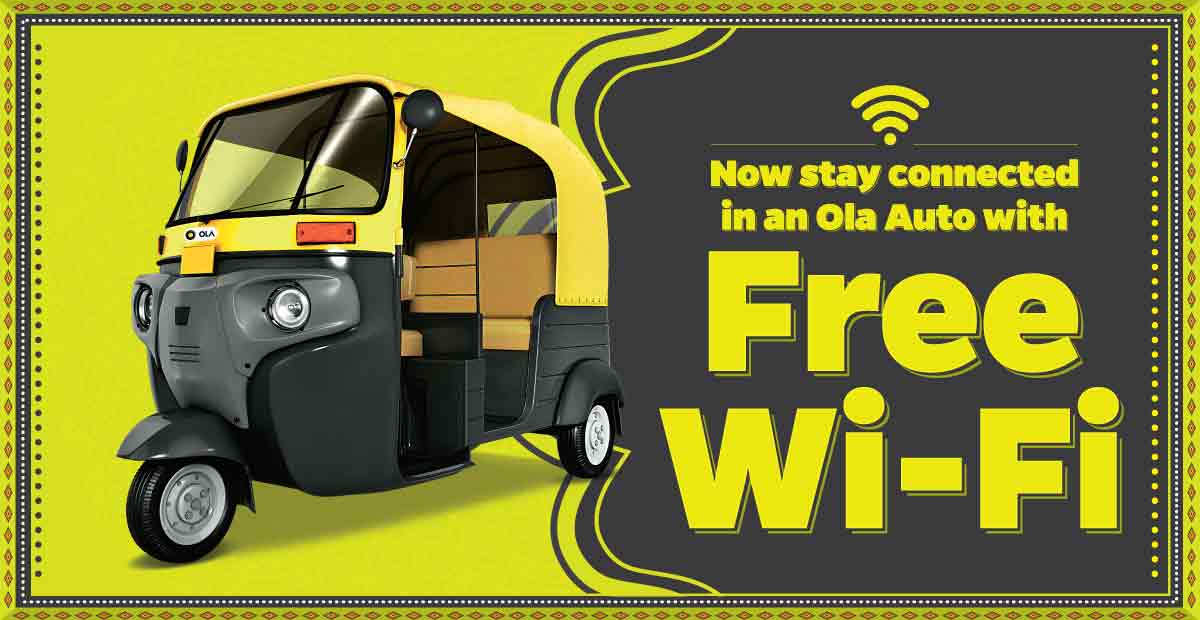 “With ‘Auto-Connect Wi-Fi’, we are reinventing the three-wheelers and enabling a connected experience for our customers,” said Siddharth Agrawal, Senior Director and Category Head-Auto at Ola, in a statement.

The company earlier claimed over 200TB of data was being consumed by users of Ola Prime monthly. As of now, an Ola user consumes 20MB data on an average. Ola earlier expanded the Wi-Fi offering to other categories including Mini, Lux and Micro.

Launched in 2014, Ola has over 1,20,000 autorickshaws registered on its platform. The Ola app for auto driver partners is available in English and eight local languages.