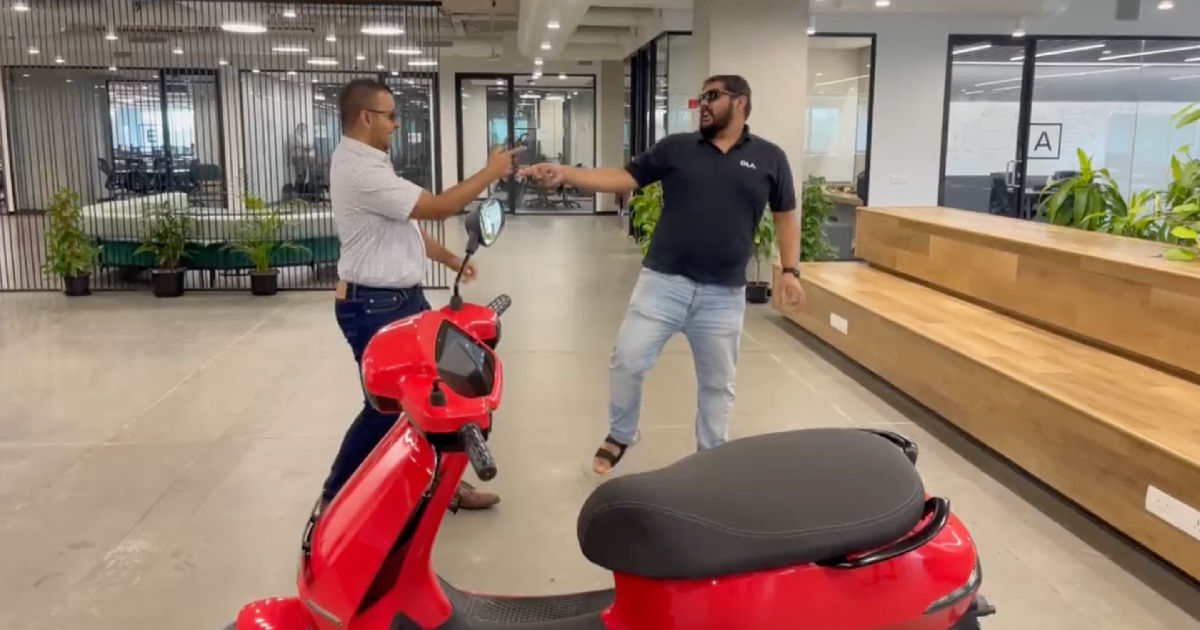 Ola Electric is all set to launch its first major OS update, the MoveOS 2.0 for its e-scooter Ola S1 Pro very soon. CEO Bhavish Aggarwal flaunted the new features that the software update is going to offer in a unique manner. In a series of tweets from Bhavish’s official Twitter account, he shared a video of himself dancing to the hit Punjabi number “Bijlee Bijlee” along with Slokarth Dash, Head of Planning and Strategy, at Ola Electric.

The MoveOS 2.0 is a highly anticipated update coming from Ola Electric and aims to deliver many features that were previously promised on the Ola S1 Pro. These features include navigation, a companion app, cruise control, Bluetooth connectivity and more.

The MoveOS 2.0 update is expected to be rolled out by Ola Electric to its S1 Pro premium electric scooters by the end of April. This announcement was made by CEO Bhavish Aggarwal on Twitter and will become the first major update that the e-scooter will receive. A lot of bug fixes, performance upgrades, and missing features are likely to be incorporated via this update.

Amongst many tweets that streamed onto the Ola CEO’s official handle, a particular post demonstrates the built-in speakers on the S1 Pro and the ability to playback music. In the video embedded in the tweet, Bhavish is seen grooving to the hit Bollywood number, “Bijlee Bijlee”. This is a rather interesting way to demo this new feature that the MoveOS 2 update will bring when it rolls out.

Along with this, Bhavish has also previously demonstrated other features on the MoveOS 2.0 update. A prominent feature that was promised at launch and has been missing so far on the Ola S1 Pro was navigation. Bhavish coined a practical idea of taking his wife out for ice cream and later tweeted about the same and embedded a video where he is found punching in the address of his destination on the navigation system.

The company had opened its next purchase window for the Ola S1 Pro electric scooter S1 last month and had stated deliveries would happen in April.