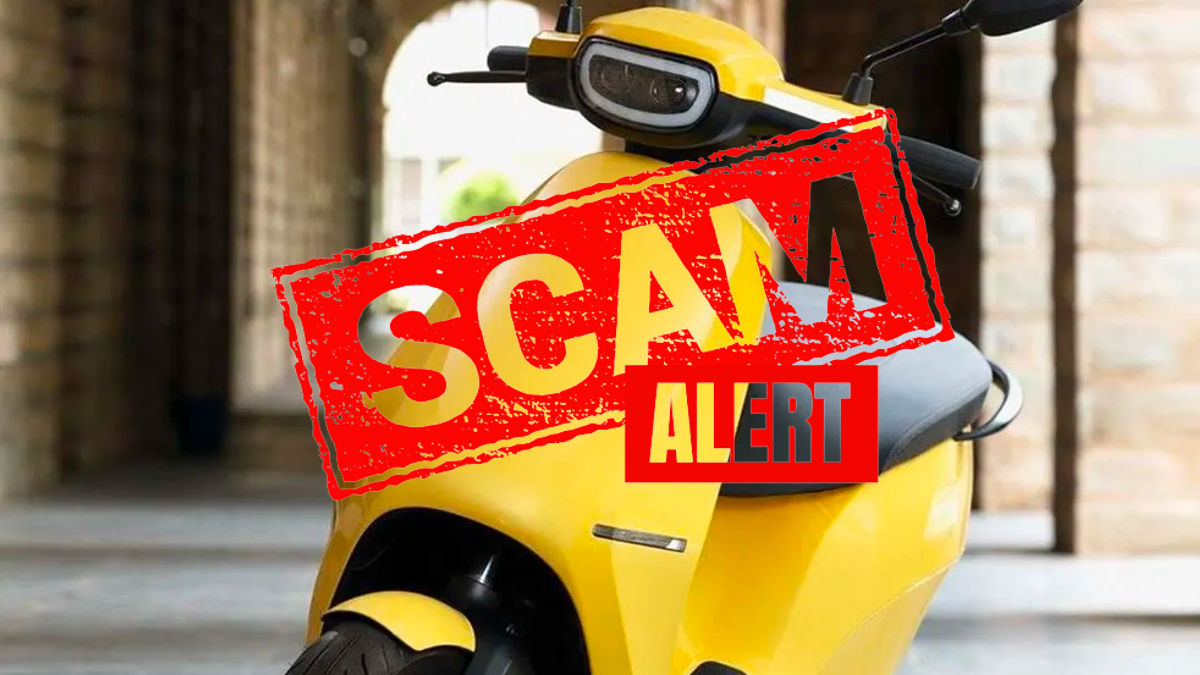 In a bizarre incident, Delhi Police has taken 20 people into custody for impersonating Ola Electric employees and scamming prospective customers. The pan-India group operated in multiple cities such as Patna, Bengaluru, and Gurugram and duped over 1,000 potential Ola S1 scooters’ buyers.

The accused, who have now been held by the Delhi Police, had set up a fake website that mimicked Ola Electric’s booking process, and scammed prospective buyers of crores of rupees by asking them to transfer money through the PayU app.

The accused ran a pan-India operation and stole crores of rupees, according to reports. The Delhi Cyber Crime department reported that people from prominent cities such as Patna, Bengaluru, and Gurugram had fallen prey to this scam.

Until recently, one could only book an Ola S1 scooter through the app or Ola’s official website without a financing option. The gang took advantage of this fact and set up a fake website in Bengaluru that required the prospective buyers who wanted a finance option to enter their details. The fraudsters would then ask their Telangana and Bihar-based aides to contact the victims offline, charge a Rs 499 booking amount and even charge upto Rs 60,000 to Rs 70,000 on the pretext of insurance payments and delivery charges. All these payments were made through the PayU app. The scam was uncovered by the Delhi Police after an FIR was lodged with the force’s Cyber Crime branch on October 7th.

People should be aware that no manufacturer would ask a customer for a payment through a method that is not listed on the official website. One should note this fact and be aware to safeguard themselves in the future.

Ola Electric until recently took orders for their electric scooters online via their official website. However, the brand has now strategised to adopt a hybrid presence. The startup currently has these touchpoints in Chandigarh, Chennai, Delhi, Jaipur, Lucknow, Pune, Belgaum, Chittoor, East Godavari, Indore, Jamnagar, Kochi, Kolhapur, Kozhikode, Mangalore, Nashik, Surat, Thiruvananthapuram, Thrissur, and Udaipur. Ola Electric has plans to expand its physical dealer touchpoints in the near future.