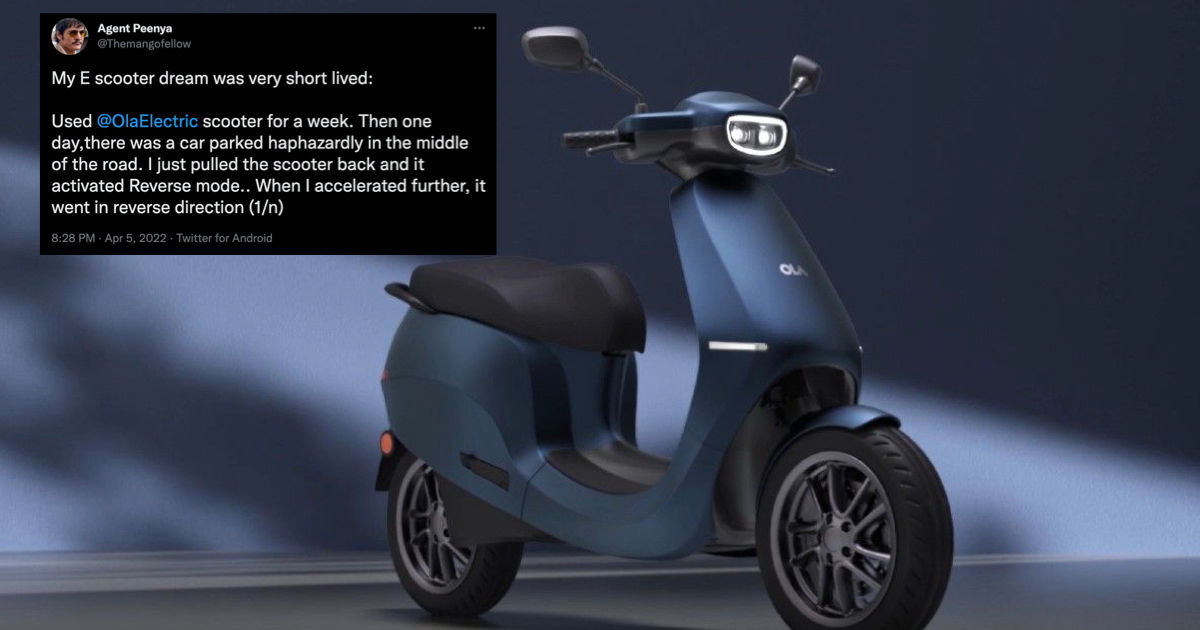 Ola S1 Pro reverse mode issue seems to be affecting more and more users. After a video showing an Ola S1 Pro going in reverse mode at 90kmph went viral, another Bengaluru-based customer tweeted about a similar issue. The Ola S1 Pro owner tweeted that his electric scooter automatically went into reverse mode. The reverse mode glitch happened after the owner pulled back his Ola scooter because a car was “parked haphazardly in the middle of the road.”

Used @OlaElectric scooter for a week. Then one day,there was a car parked haphazardly in the middle of the road. I just pulled the scooter back and it activated Reverse mode.. When I accelerated further, it went in reverse direction (1/n)

The user revealed that he received a few scratches on his body as well as the EV, but since it was not a busy main road, he luckily managed to escape without any serious injuries. However, he claims his ordeal did not end there as he called Ola Electric’s roadside assistance who told him to wait for two hours. He apparently didn’t get a response for 48 hours.

Two days later, Ola collected the EV but returned it a week later, apparently untouched. The user complained again, after which Ola told him they’ll deliver a new scooter but got the original one back again. The company later claimed it had fixed the issue but the user says he didn’t have the guts to use the scooter again, so he sold it to a relative.

The user later posted an update on Twitter saying Ola Electric’s regional service head got in touch with him, acknowledged the issue and ensured that it has now been fixed for all customers.

All these issues come after Ola CEO Bhavish Aggarwal announced last month that the Ola S1 Pro price in India will be hiked from the next purchase window.