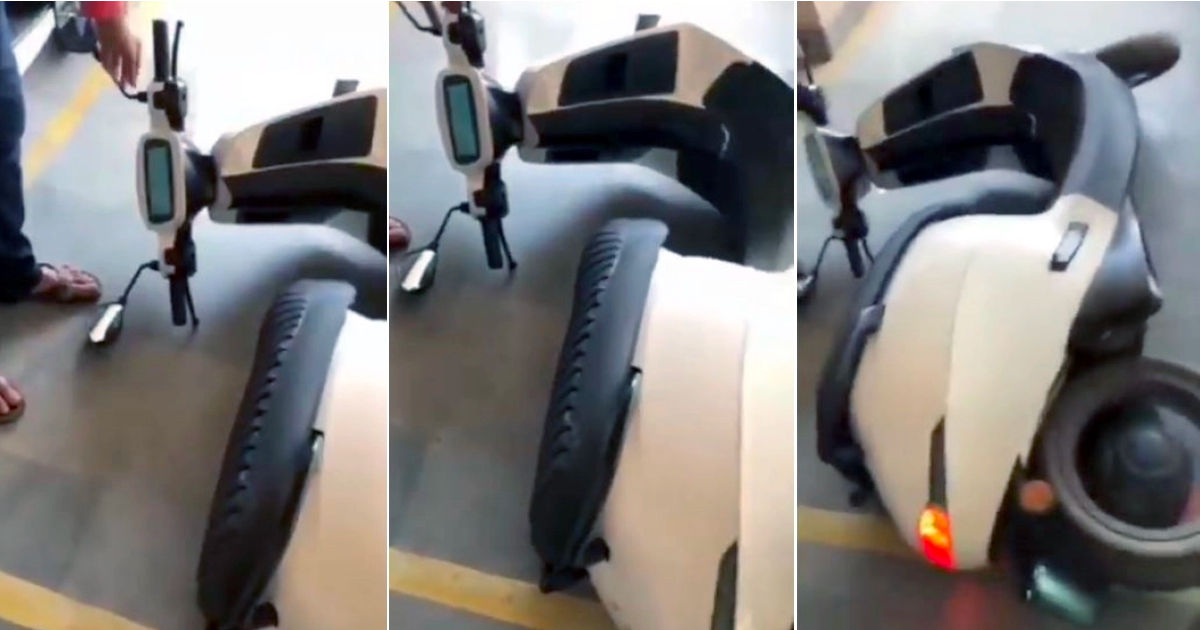 A video has gone viral on social media which shows the Ola S1 Pro placed horizontally on the floor with its wheel running in reverse at 90kmph, apparently due to a software glitch. The source of the video is not yet known. The indicator of the scooter is also seen blinking in the video. This is the second time the scooter has faced an issue of automatic reversing. In an earlier incident, the scooter automatically went into reverse mode at 102kmph when the rider accelerated the speed.

The Ola S1 Pro features a reverse mode, which if engaged, can make the scooter run in reverse. However, in these reported incidents, the scooter went into reverse without the mode being engaged in what appears to be a clear case of a software glitch. Many of the controls and features of Ola S1 Pro are operated via in-built software, which can be updated from time to time, just like a smartphone.

The Ola S1 Pro has suffered multiple issues so far, starting from production delays and post-delivery issues to missing features that were promised during launch. The Ola S1 Pro’s track record also highlights other safety fallouts. The e-scooter was also shown blinking opposite turn indicators at the front and back after a software update. The S1 Pro also caught fire recently in Pune and the company is currently investigating the issue.

The electric scooter is currently priced at Rs 1.29 lakh and comes with a 3.97 kWh battery with a maximum range of 181 km and charges in 6 hours and 30 minutes using a portable 750W charger that comes with the scooter.