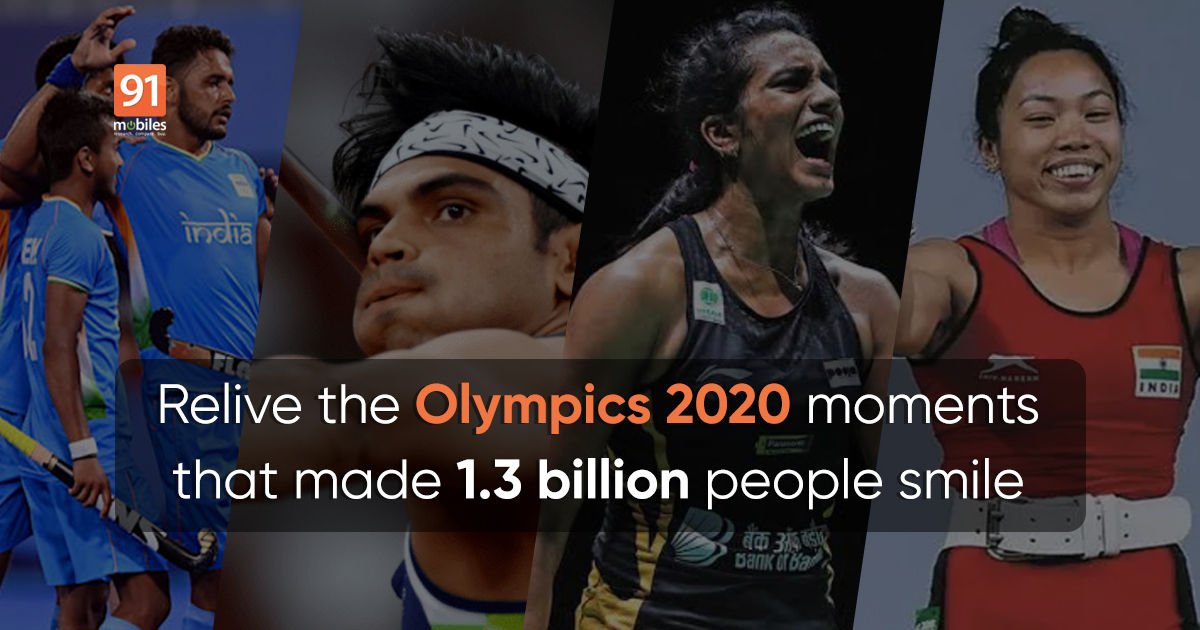 The Tokyo Olympics 2020 is now officially over. The International Olympic Committee (IOC) president Thomas Bach declared the Games closed in a beautiful closing ceremony in Tokyo Olympics Stadium in Japan on August 8th, 2021. The next Olympics is scheduled to take place in three years in Paris, France. While we wait for that, let’s relive India’s medal-winning moments in Tokyo Olympics 2021. It was the most successful Summer Olympic Games for the country, which was represented by over 100 athletes. India finished 48th in the medal tally, with as many as seven medals including the coveted gold in athletics.

Let’s start with the Gold! With his javelin throw, Neeraj Chopra pierced the Tokyo night sky to herald the new dawn for Indian sports. His throw helped India win the first gold medal for the country in athletics. This was also India’s first gold medal since shooter Abhinav Bindra won the 10m air rifle gold in 2008. Here’s that winning moment:

Neeraj dedicated the medal to the late Milkha Singh. “When we were in Kourtane, Milkha Singh ji passed away and I felt very bad. I did not meet him when he was alive, and I wanted to meet him with an Olympic medal. Sadly, he’s not among us but I hope he’s seeing us from above and is happy (medal) that his dream has come true. Even other athletes like PT Usha and others who missed out on a medal by centimetres – I hope they’re all happy,” he said after winning the medal.

It was Mirabai Chanu who opened the medal tally account for India in Olympics 2021. She bagged a silver medal in the 49kg weightlifting category. Chanu lifted a total of 202kg (87kg + 115kg), to end a 21-year drought for a weightlifting medal. Watch Mirabai Chanu medal-winning moment in the video embedded below:

“I am very happy, I have been dreaming of this for the past five years. I am very proud of myself right now. I did try for gold but even silver is a great achievement for me,” said Chanu after the win.

Indian wrestler Ravi Kumar Dahiya won the country’s second Olympics 2021 silver medal in the men’s 57kg freestyle event. He lost to Zavur Urguev of the Russian Olympic Committee in the finals, but immense strength and stamina along with technical prowess impressed one and all. Click on the video link below to watch Ravi Dahiya medal ceremony:

“I am happy but not satisfied (on winning a silver medal). Not at all. There is a lot of sadness about missing out on the gold medal. I came here with the hope of winning gold. That is something that the federation and my coaches thought I was capable of winning. But I am happy with this for now,” Ravi told India Today in an interview.

PV Sindhu could not improve the medal colour from silver to gold in Tokyo Olympics 2021 but did not come home empty-handed. The star Indian shuttler defeated BJ He to finish third in the Women’s individual badminton event and win the bronze medal for the country. Sindhu is now the first Indian woman to win two Olympics medals. Here’s the video of her Olympic 2021 bronze medal-winning moment:

Bajrang Punia was among the medal winners at this year’s Olympics. The Indian wrestler defeated Kazakhstan’s Daulet Niyazbekov to win the bronze medal in the wrestling 65kg freestyle event. Punia registered a comfortable 8-0 win against his opponent, despite carrying a knee injury. Here’s a recap of the Bajrang Punia Olympics 2021 bronze medal ceremony:

Lovlina Borgohain became the second Indian women boxer, after MC Mary Kom, to win the Olympic bronze medal. MC Mary Kom won the bronze medal in Rio 2016. Borgohain signed off the medal in Tokyo 2021 after a comprehensive 0-5 loss to reigning world champion Busenaz Surmeneli. “I don’t know what to say. I could not execute what I had planned. I could have done better,” Borgohain told PTI after the loss. Nonetheless, she made history by finishing third on the podium. Click on the video below to watch Lovlina Borgohain medal ceremony:

India ended its 41 years of wait for an Olympic medal in hockey by winning bronze in Tokyo Olympics 2021. The Indian men’s hockey team defeated Germany 5-4 for the medal. The last time India had won a hockey medal at the Olympics was way back in 1980, when the country won its last gold medal. Relive India’s men hockey Olympics 2021 bronze medal ceremony with the video.

In addition to these, there were some other noteworthy performances by Indian athletes such as Aditi Ashok in golf, women’s hockey team, Deepak Punia in wrestling, and Kamalpreet Kaur in the discus. But, unfortunately, they couldn’t win the medal for India.