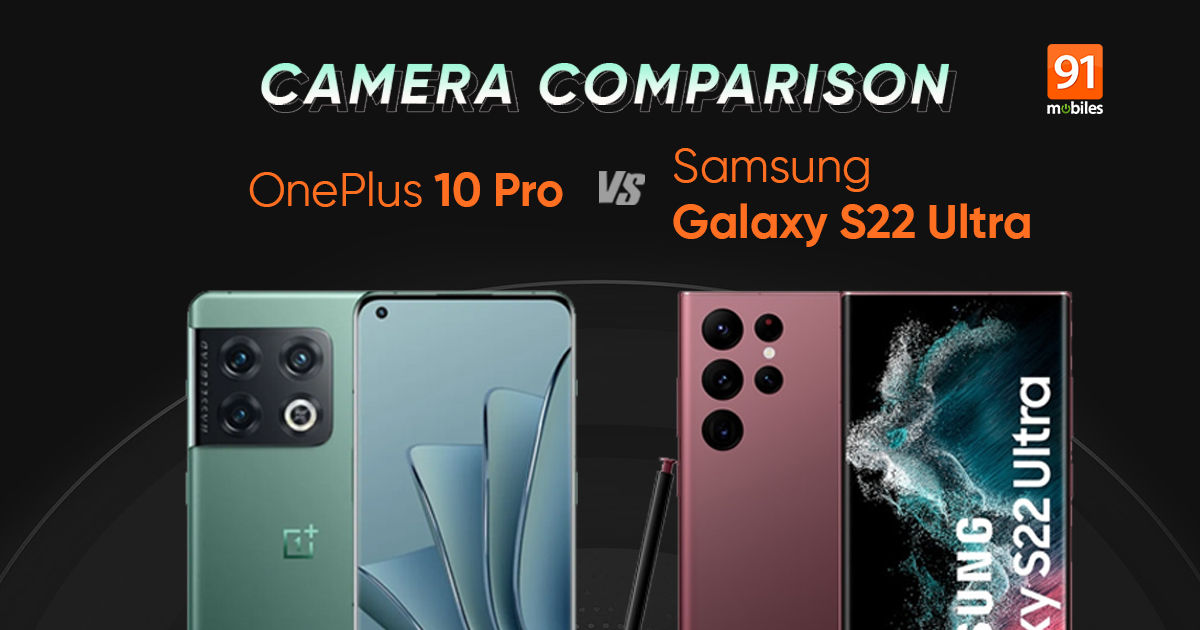 Since its inception, OnePlus has fought tooth and nail to sway buyers away from competing brands like Samsung in favour of its VFM offerings. And, although the company has been steadily increasing the price of its phones too, OnePlus’ top dog – the OnePlus 10 Pro – still undercuts uber premium flagships like the Galaxy S22 Ultra (review) by quite some margin. This begs the question – has OnePlus finally caught up to Samsung’s grandest smartphone, especially in the camera department? Well, let’s find out.

First and foremost, let’s take a closer look at our contenders’ camera specifications. Starting with the Samsung Galaxy S22 Ultra, the handset ships with a 108MP main sensor that works alongside a 12MP ultrawide angle sensor and two 10MP telephoto cameras. 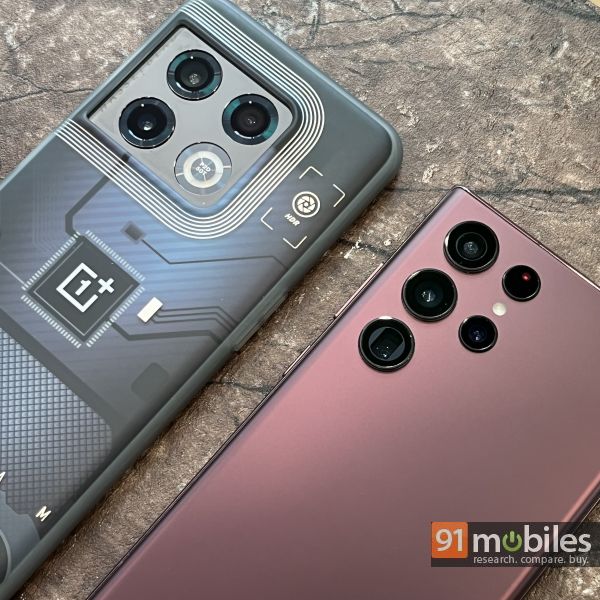 For selfies, the device gets a 40MP camera upfront. The OnePlus 10 Pro, on the other hand, offers a 48MP main sensor which is assisted by an 8MP telephoto lens and a 50MP ultrawide angle shooter. Upfront, the handset features a 32MP selfie camera.

With the specs out of the way, let’s take a closer look at the photos from the two phones. Now, for the most part, buyers investing in either of the two handsets will click a ton of photos during the day. To that note, the Samsung Galaxy S22 Ultra is still the better phone to click images under the sun. You see, despite OnePlus’ Hasselblad collaboration, the handset’s images aren’t very photo-realisitc. In fact, I noticed that the images shot from the phone swayed in favour of warmer tones. 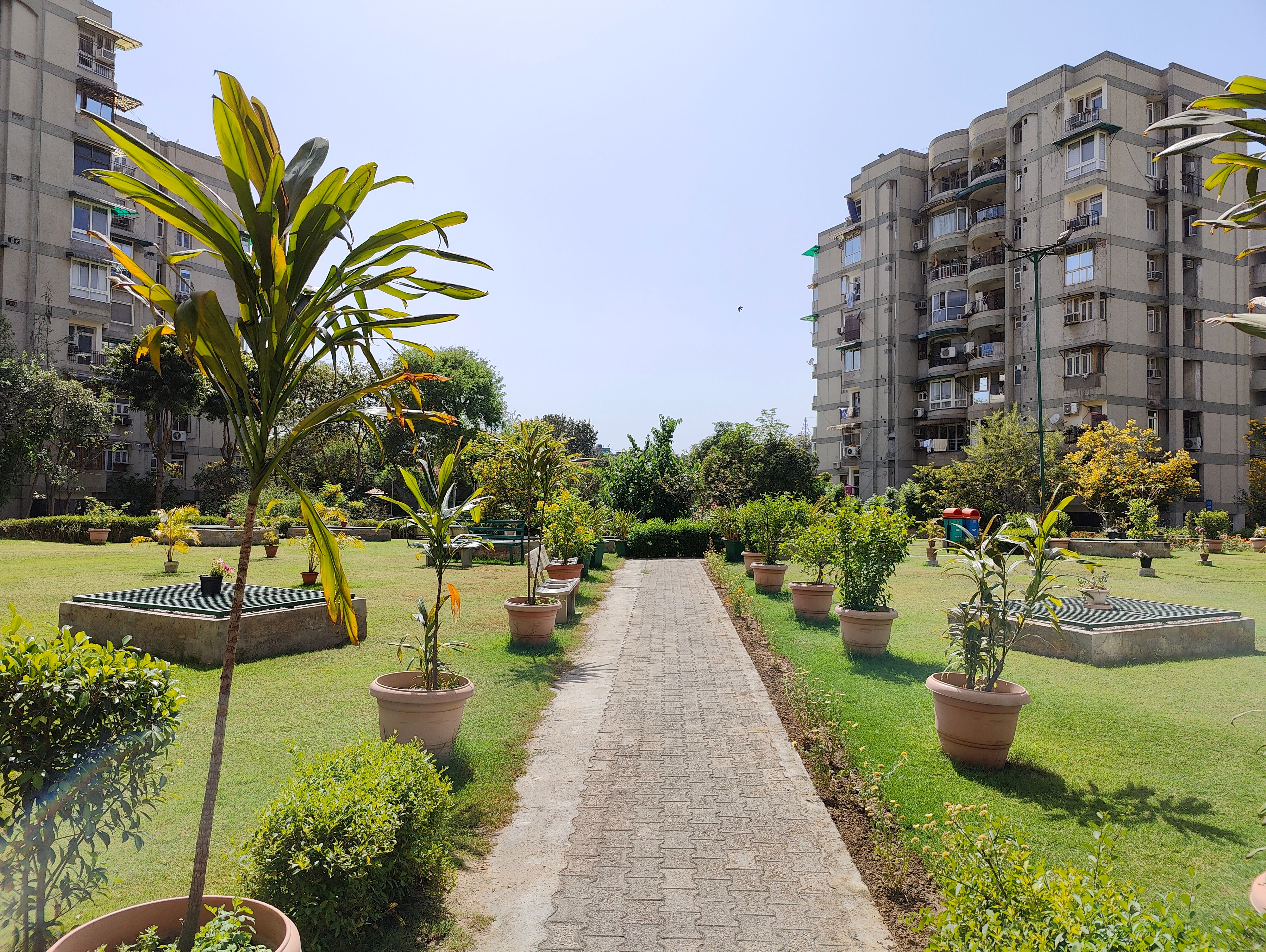 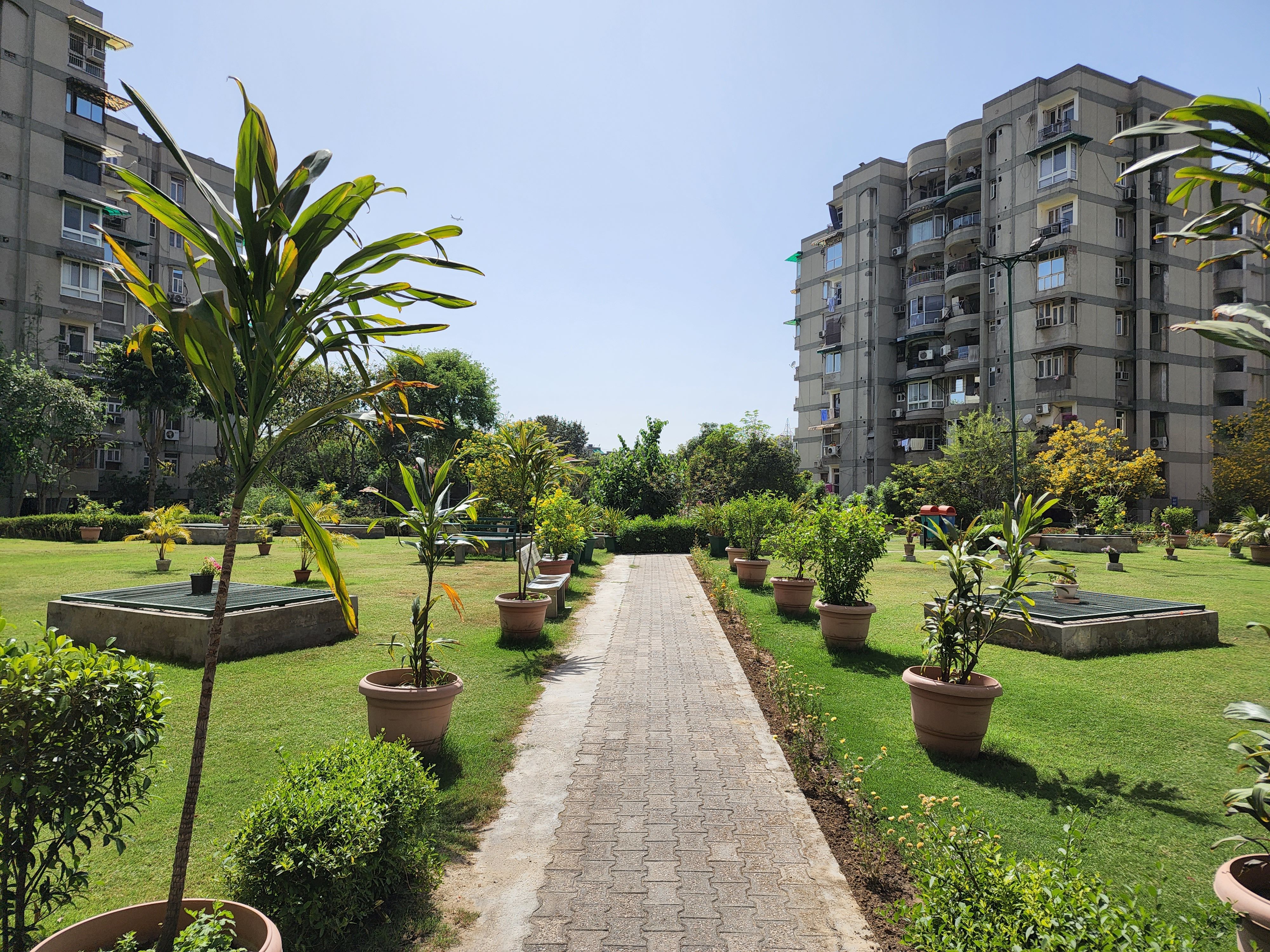 The same is evident if you look at the slider attached above wherein, the colour of the pots, as well as the mud near the cemented footpath exhibit punchy, reddish tones. Furthermore, the foliage appears oddly yellowish too. To OnePlus’ credit, the 10 Pro has outputted a photo with excellent details. In fact, the corner sharpness is evidently better in the handset’s images. That said, the S22 Ultra’s main sensor has reciprocated the scene to a tee, and the device has also tackled lens flaring better. 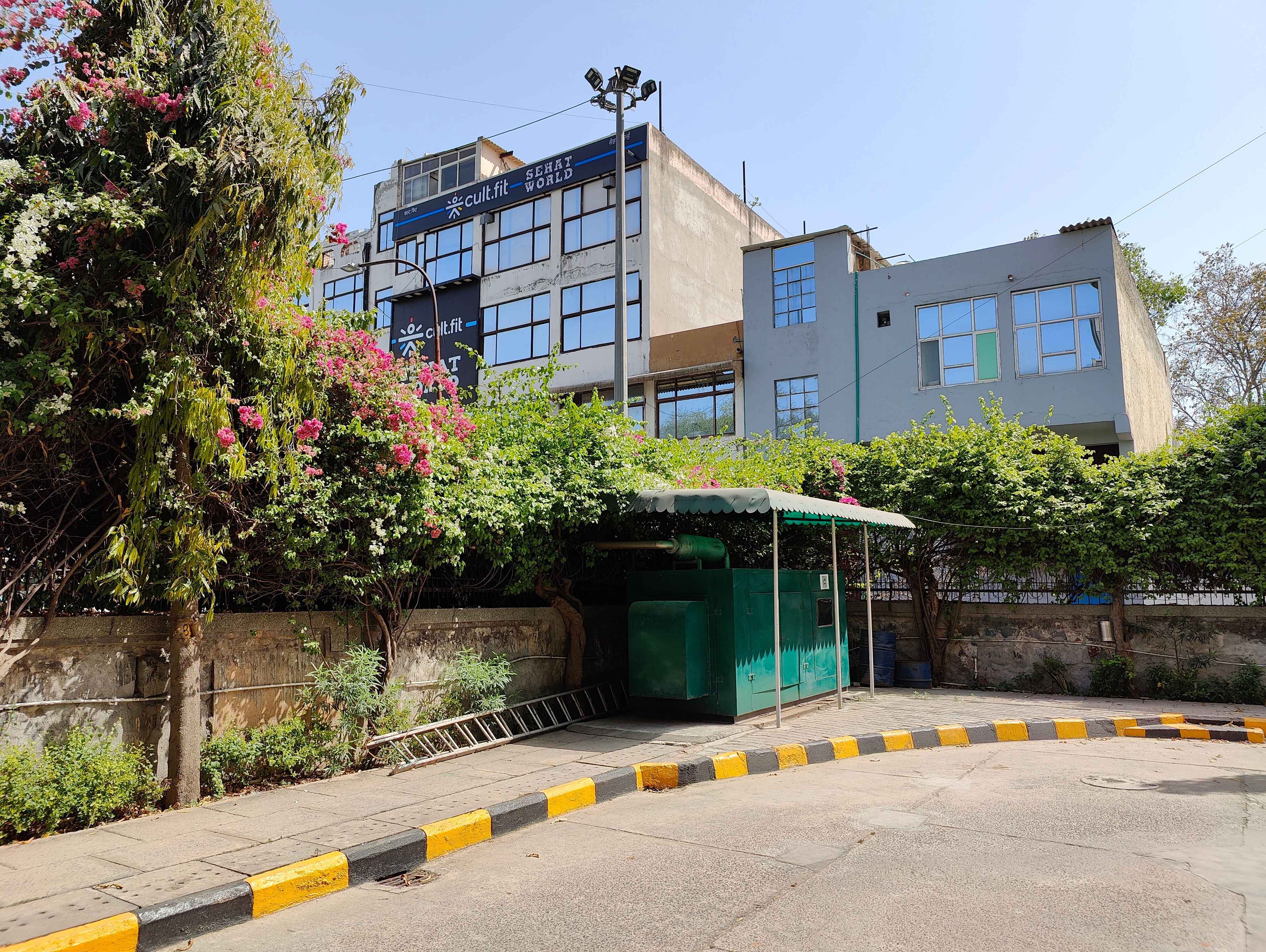 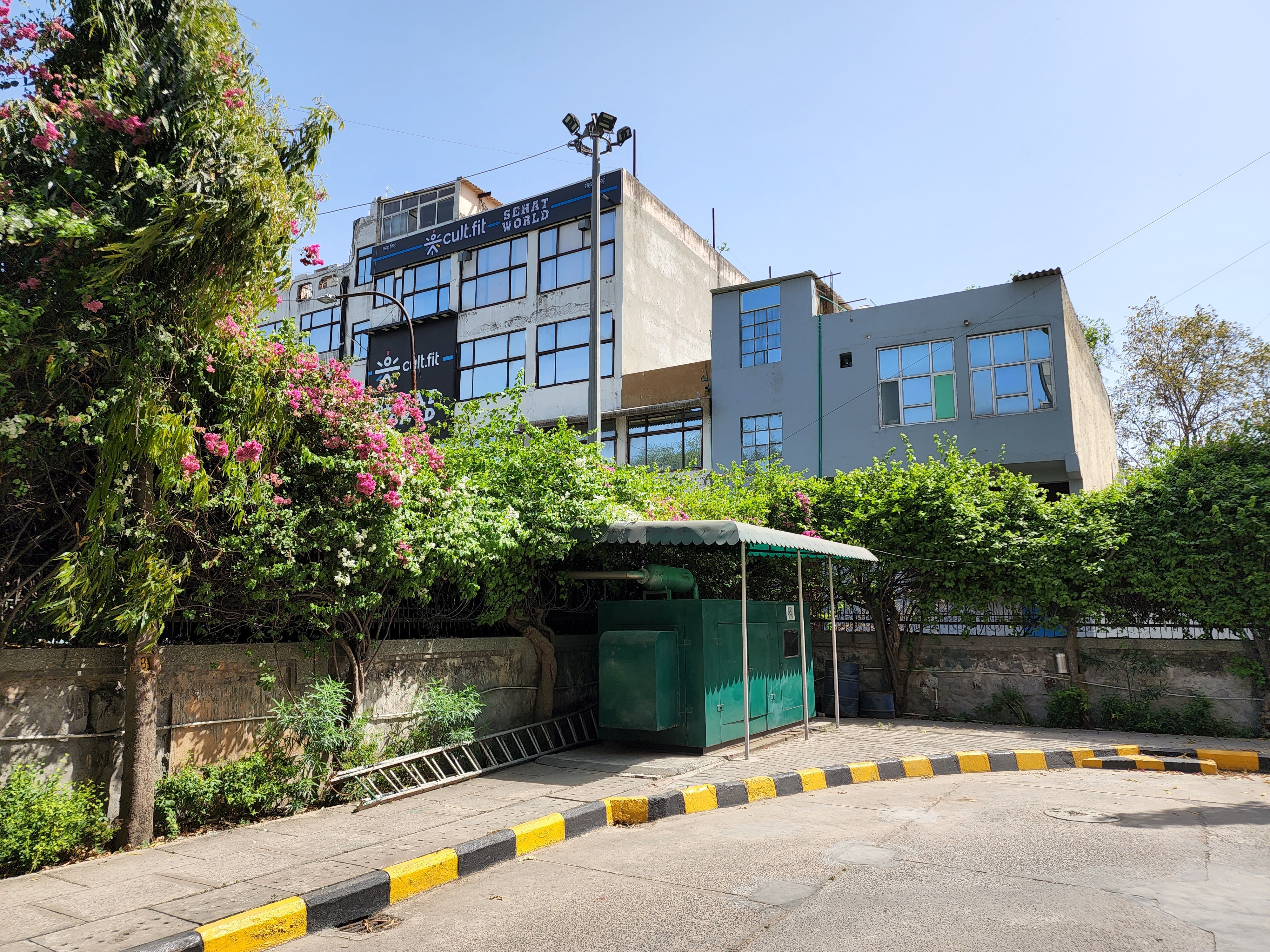 I also noticed that the Galaxy S22 Ultra’s main sensor brought out the details from the shadows a bit better. Case in point, the shot of my apartment complex wherein, you can make out the details around the back of the generator slightly better in S22 Ultra’s photo. The OnePlus 10 Pro’s image, while good, appears somewhat darkened and the device has crushed the shadows near the generator. That said, the corner details are yet again, significantly superior in the 10 Pro’s snap.

Both the phones can click delightful closeups too, however, the S22 Ultra edges a bit in front of OnePlus’ offering in this scenario. To wit, the S22 Ultra didn’t blotch the colour red or yellow as much as the 10 Pro did. The same is evident if you look at the slider attached above and here, you’ll find bountiful details around the petals of the red flower in Samsung’s shot. 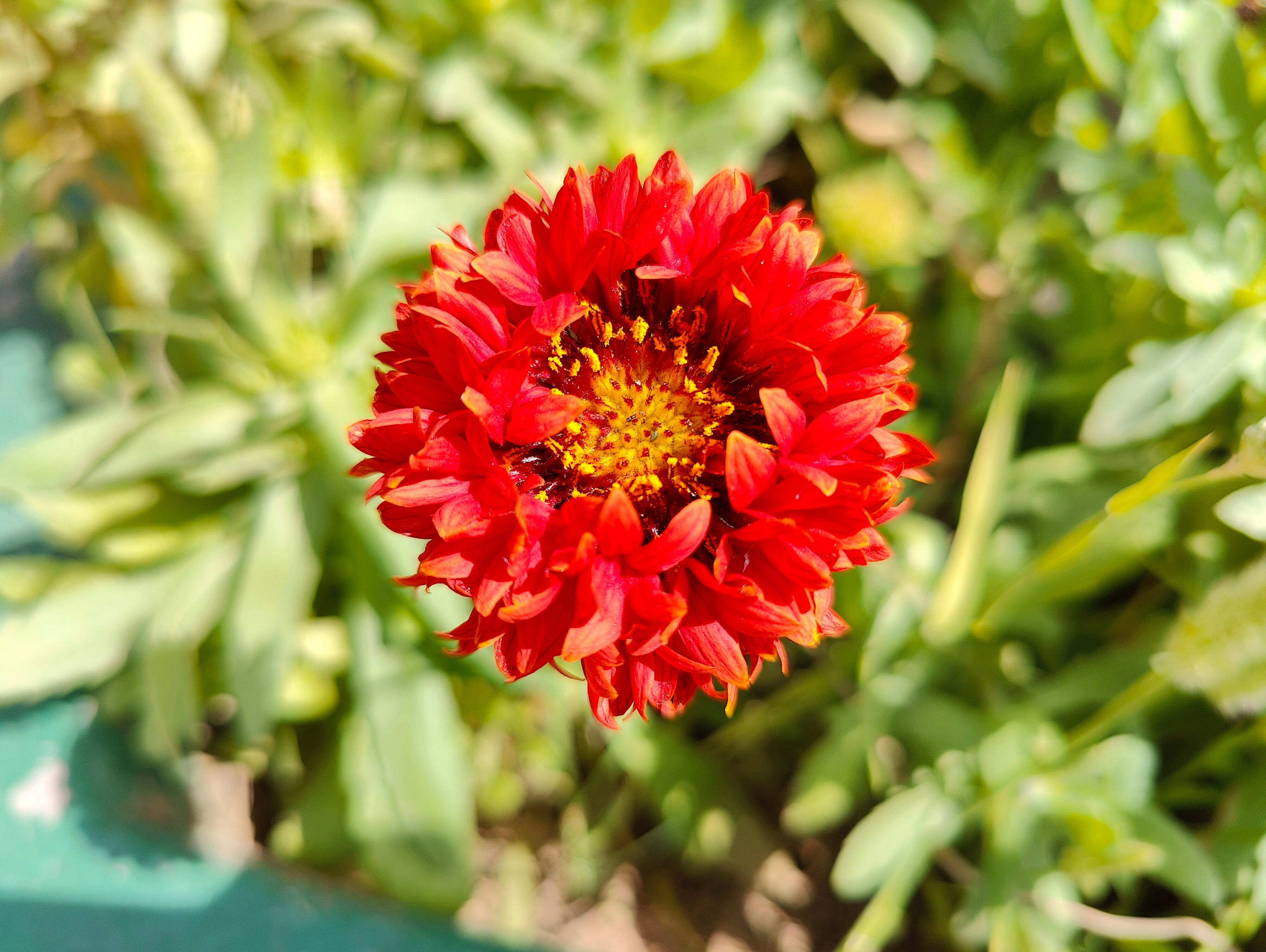 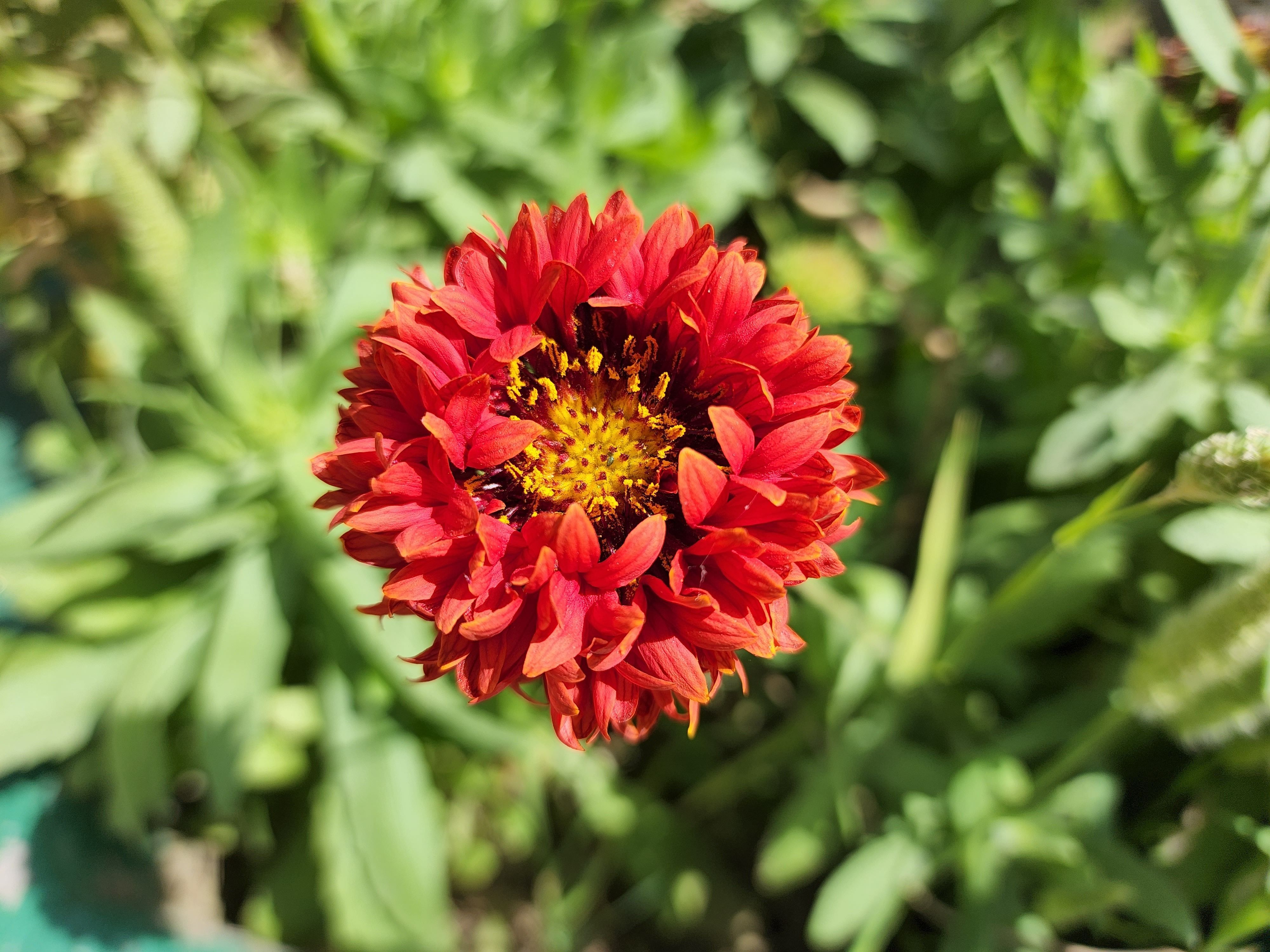 The 10 Pro’s image, on the other hand, appears a tad contrast-y and exhibits vibrant hues albeit with lesser information near the petals. 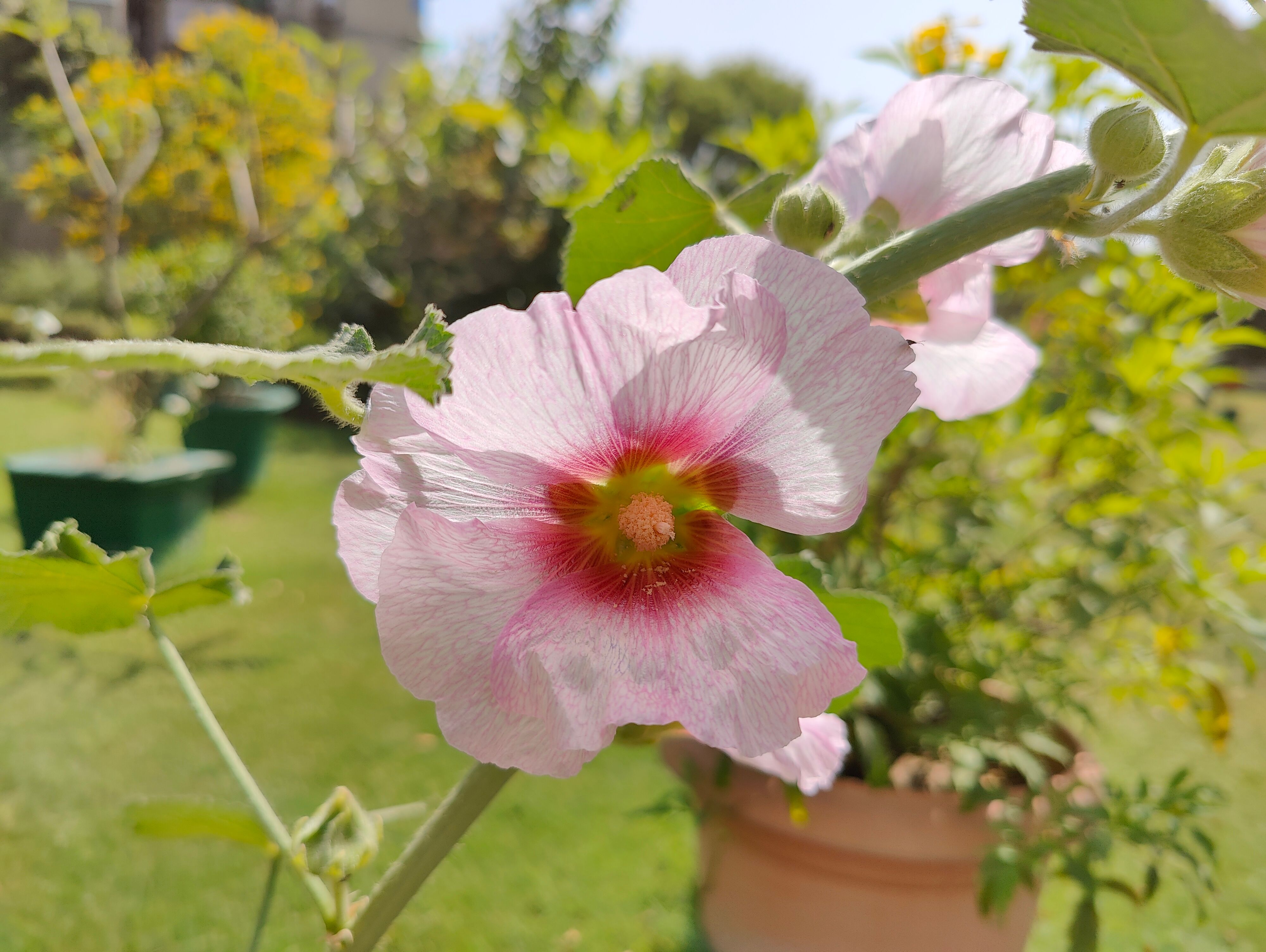 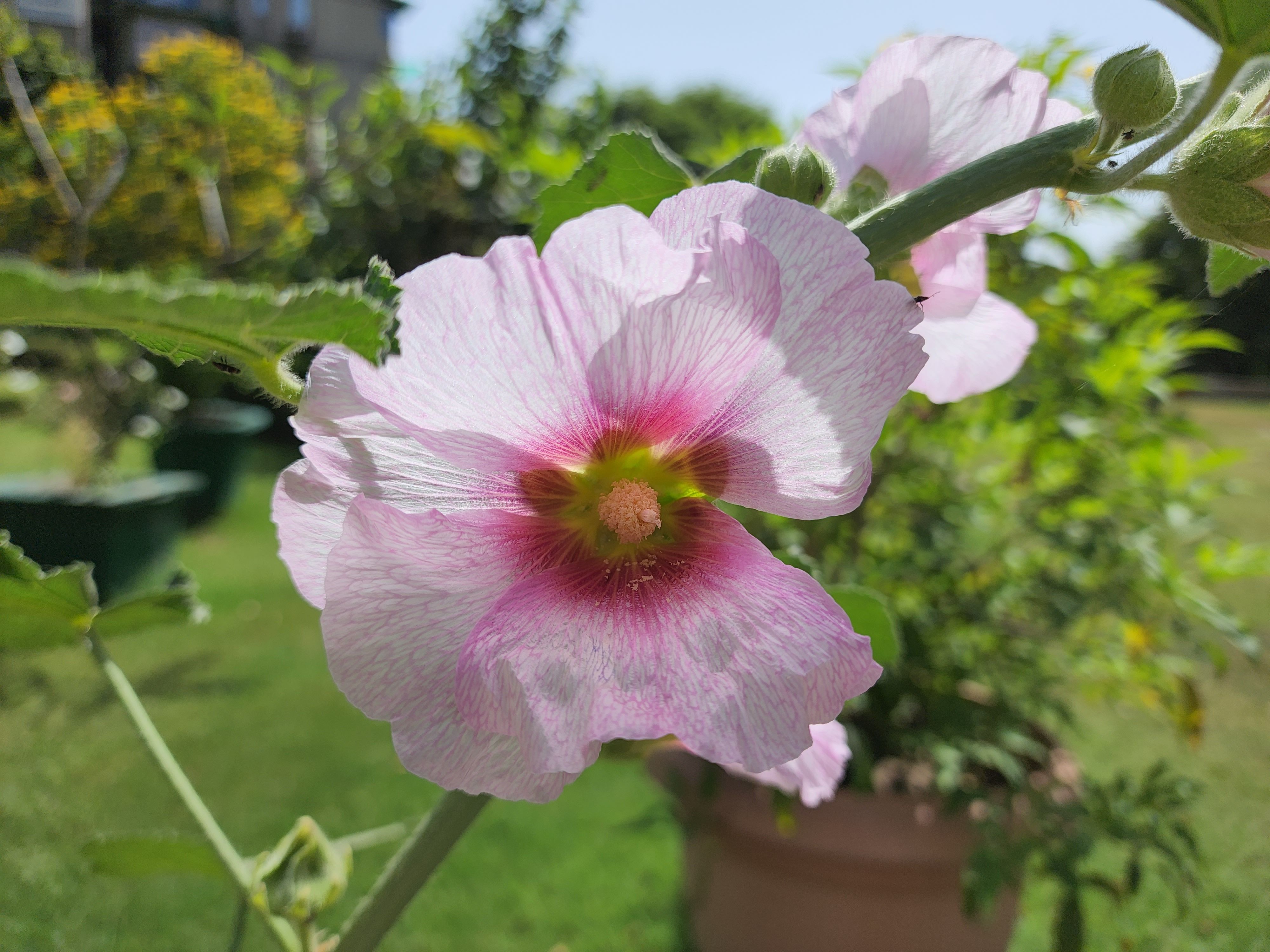 That’s not to say that the phone isn’t cut out for taking snaps of subjects up close. In fact, if you look at the slider above then you can clearly see that the phone is more than adept at clicking tasteful macros. So much so, barring the colour temperature disparity, the snap from the 10 Pro is neck and neck with the image from the Galaxy S22 Ultra. That said, Samsung’s offering consistently puts forth images with more accurate colours and correspondingly, the Galaxy S22 Ultra takes this bout.

The OnePlus 10 Pro utilises a 50MP UW sensor that should, in theory, outclass Galaxy S22 Ultra’s 12MP snapper. In reality, I found the photos from the Galaxy S22 Ultra more to my liking. You see, while the OnePlus 10 Pro’s sensor indeed yields a sharper image with oodles of details around the centre of the frame, the corner sharpness of the images leave a lot to be desired. 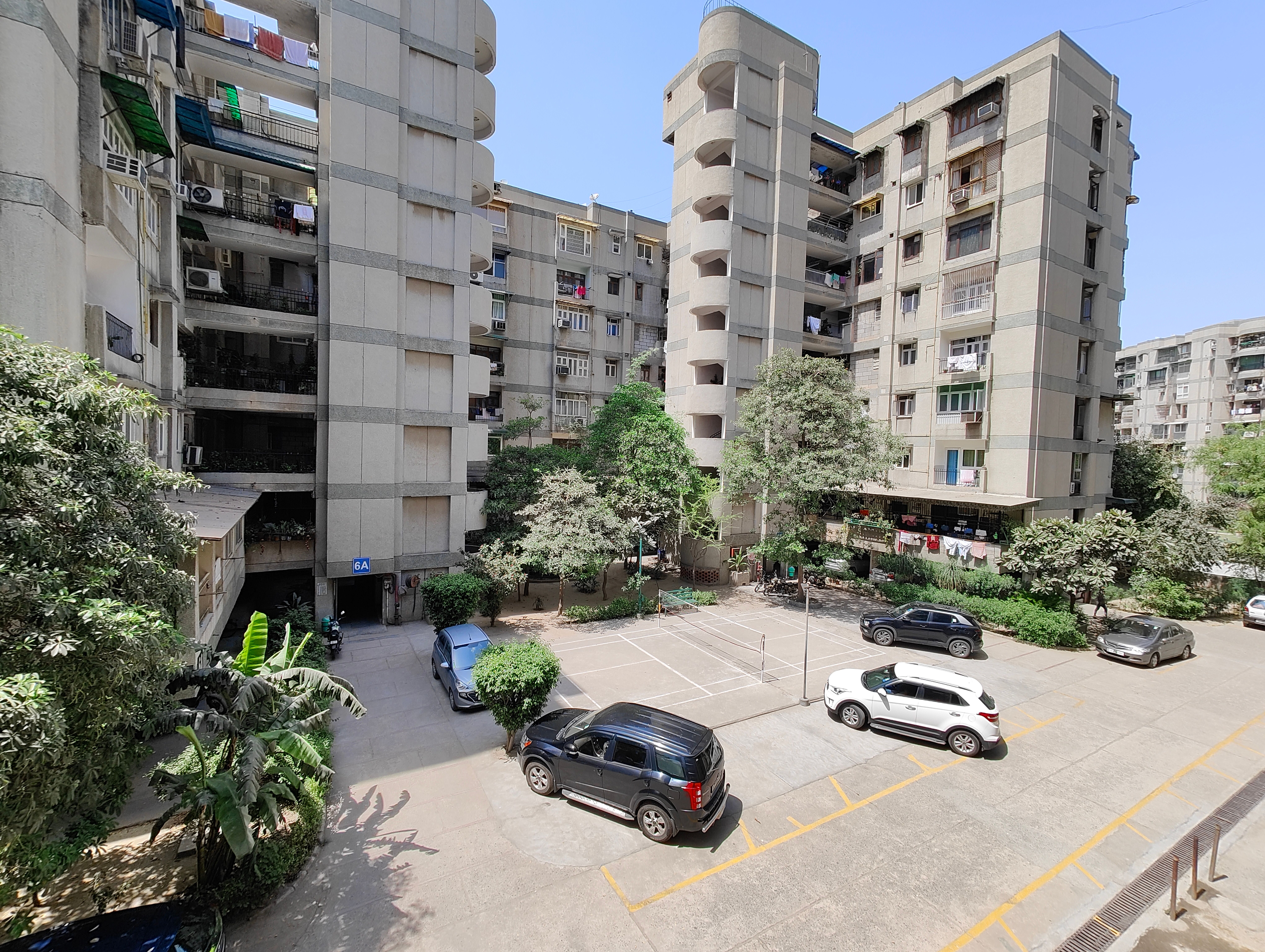 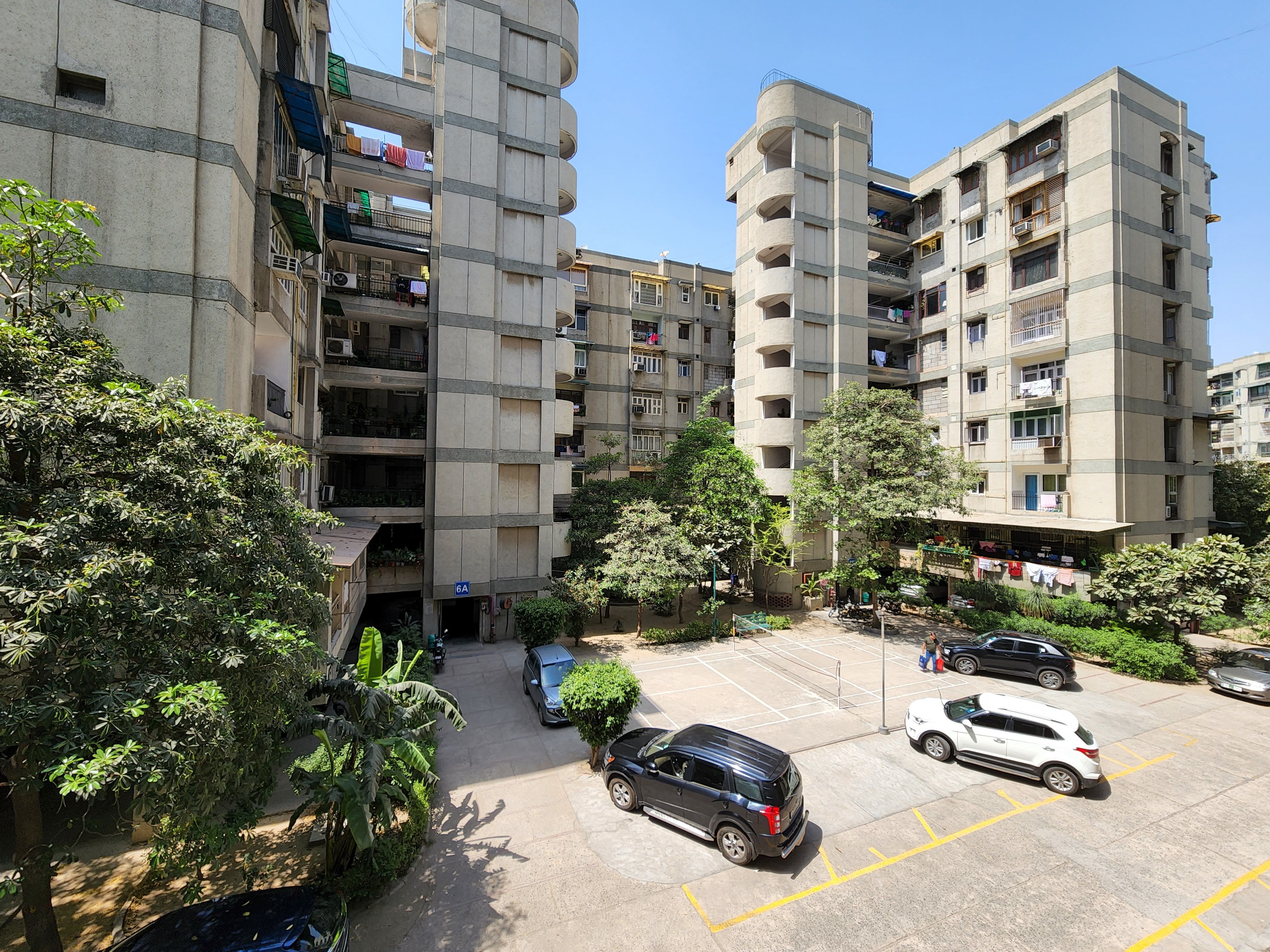 That’s not all as the photos appear a bit washed out when snapped with the 10 Pro’s UW sensor too. The trees in the photo, for instance, retain their greenness in S22 Ultra’s photo a lot better. Furthermore, the S22 Ultra’s image, while not as detail-rich around the centre, offers the same corner sharpness as the OnePlus 10 Pro’s snap. That’s quite surprising, as I distinctly remember that the OnePlus 9 Pro’s UW sensor clicked extremely crisp photos that were on par, if not better than Samsung’s last year flagship, the Galaxy S21 Ultra. 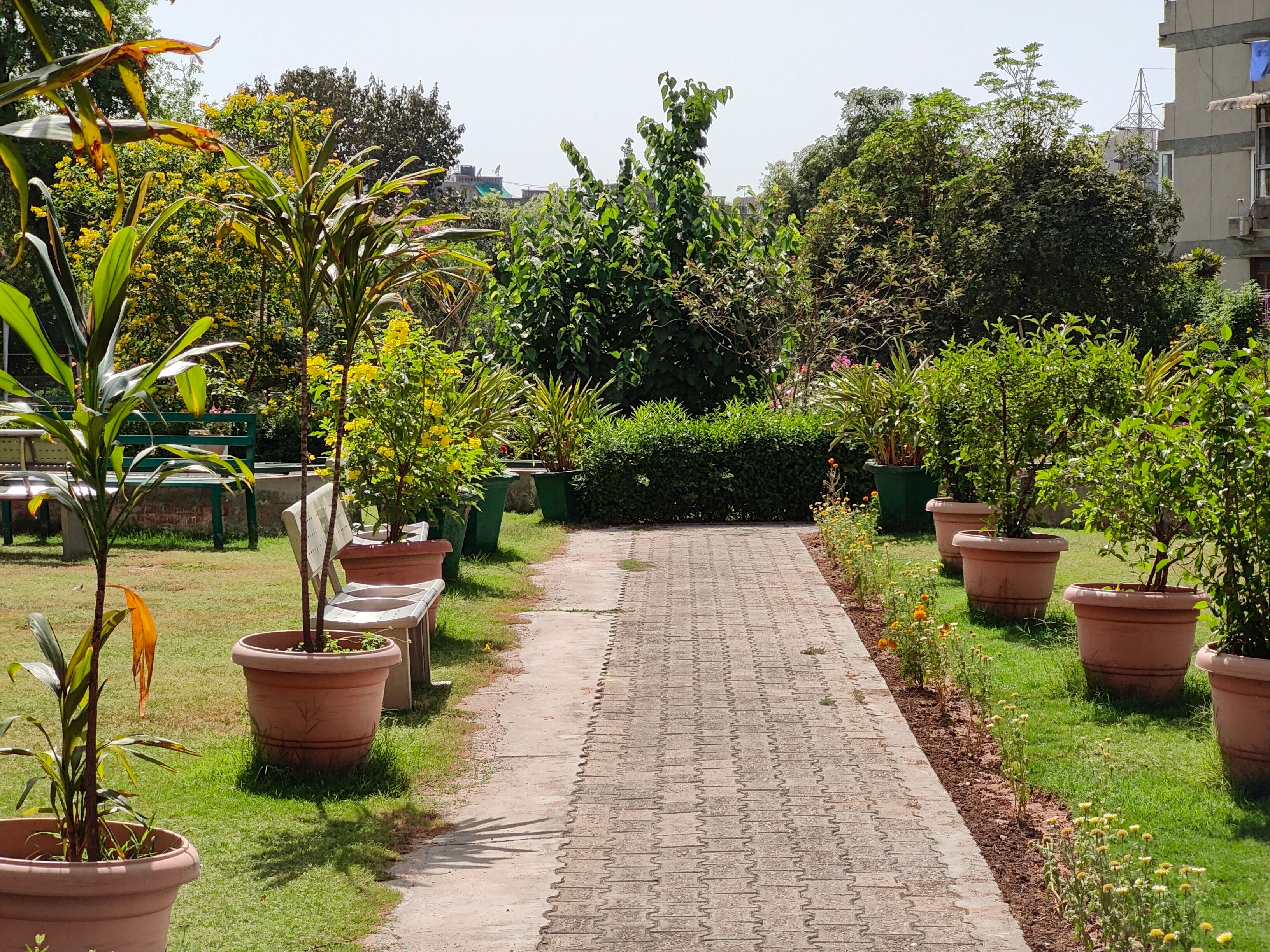 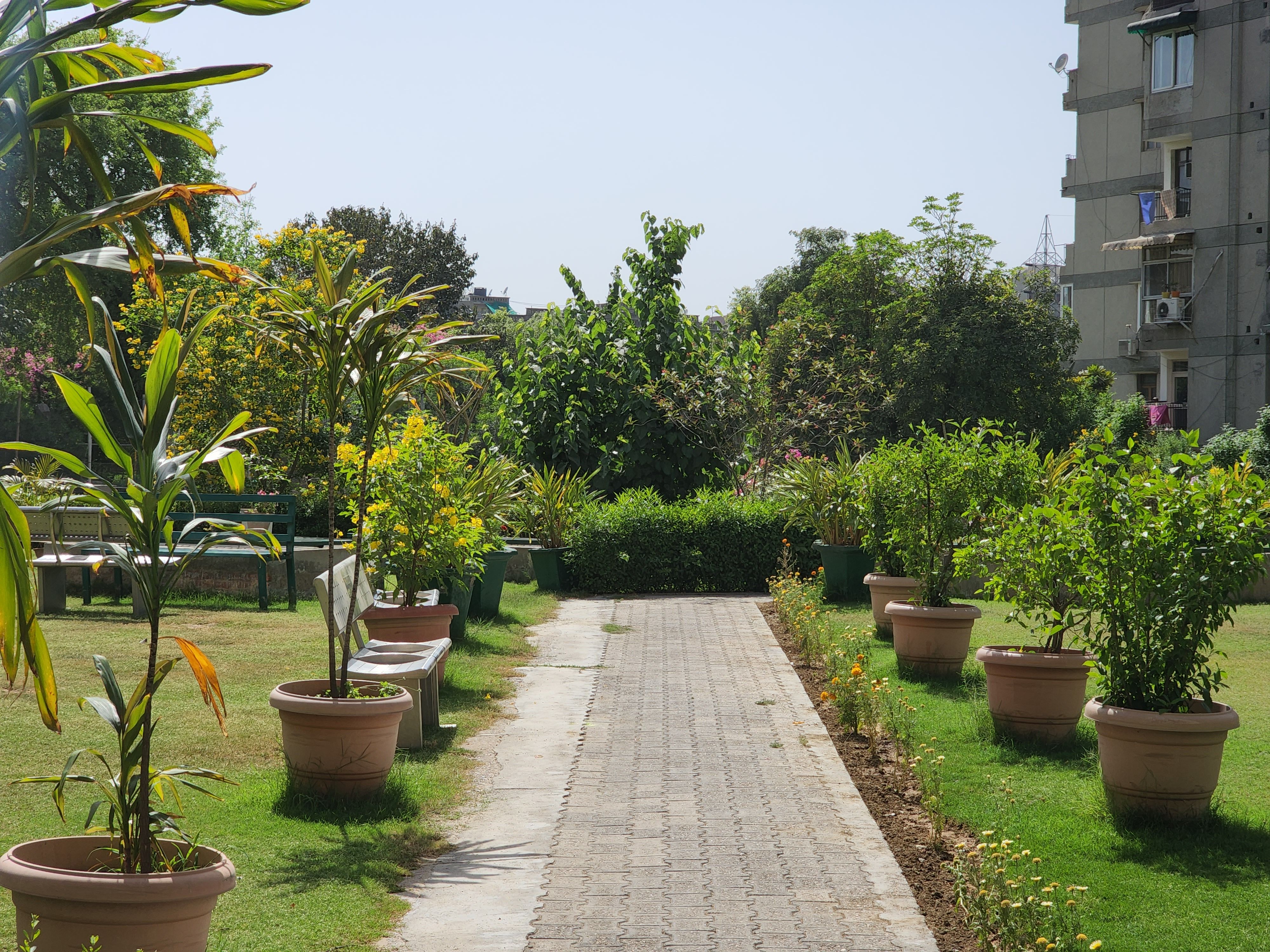 That said, Samsung retains its title of zoom king as the device offers another dedicated telephoto sensor that can hone in on subjects at 10x. Furthermore, the device offers significantly superior digital zoom capabilities as well. Rest assured, buyers looking for the utmost versatility cannot go wrong with the Samsung Galaxy S22 Ultra’s telephoto array.

The Samsung Galaxy S22 Ultra one-ups the OnePlus 10 Pro in lowlight scenarios too. To wit, images snapped from the Galaxy S22 Ultra offer better exposure control. Furthermore, the foilage appears distinctive in the snap too. 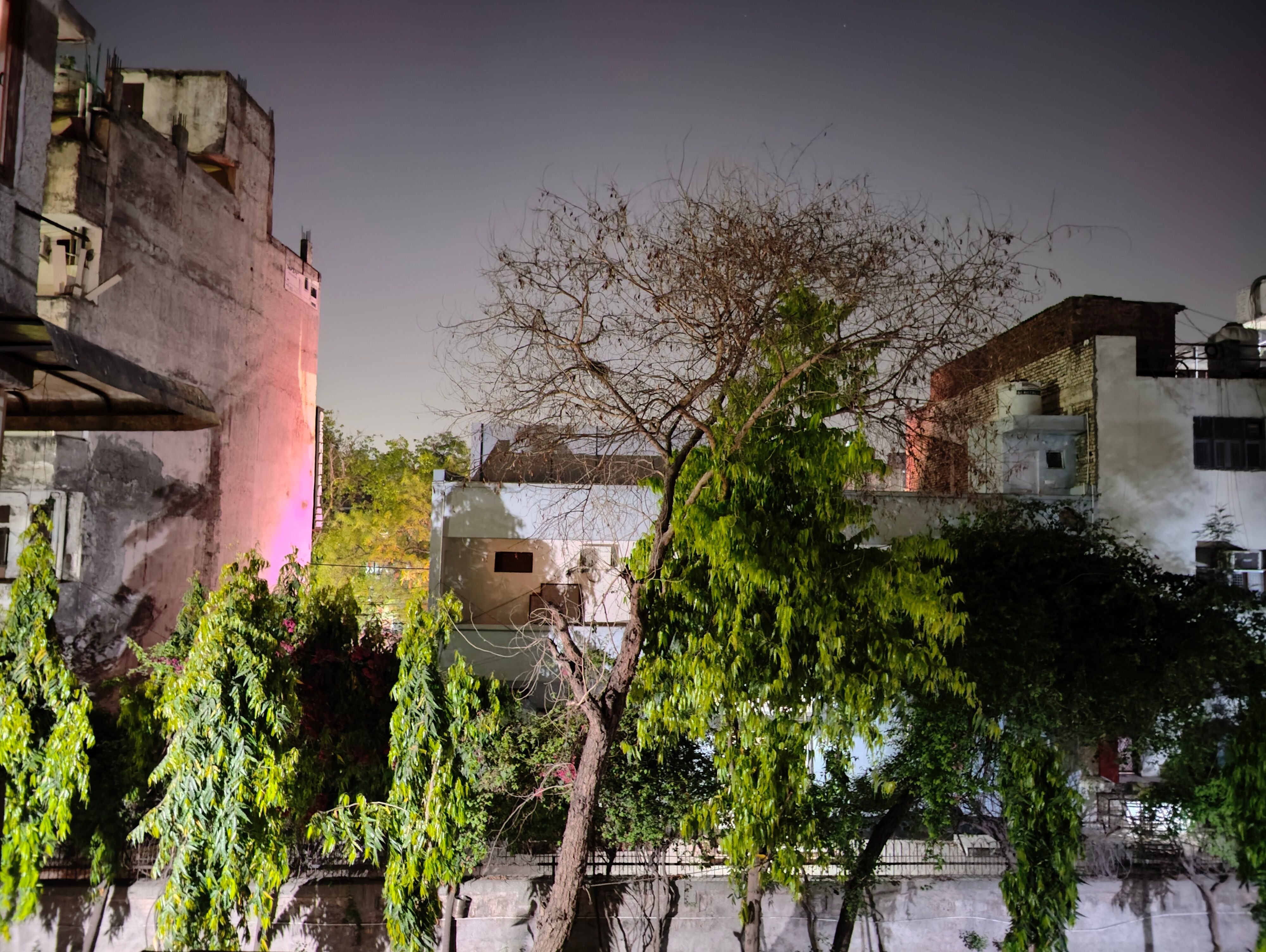 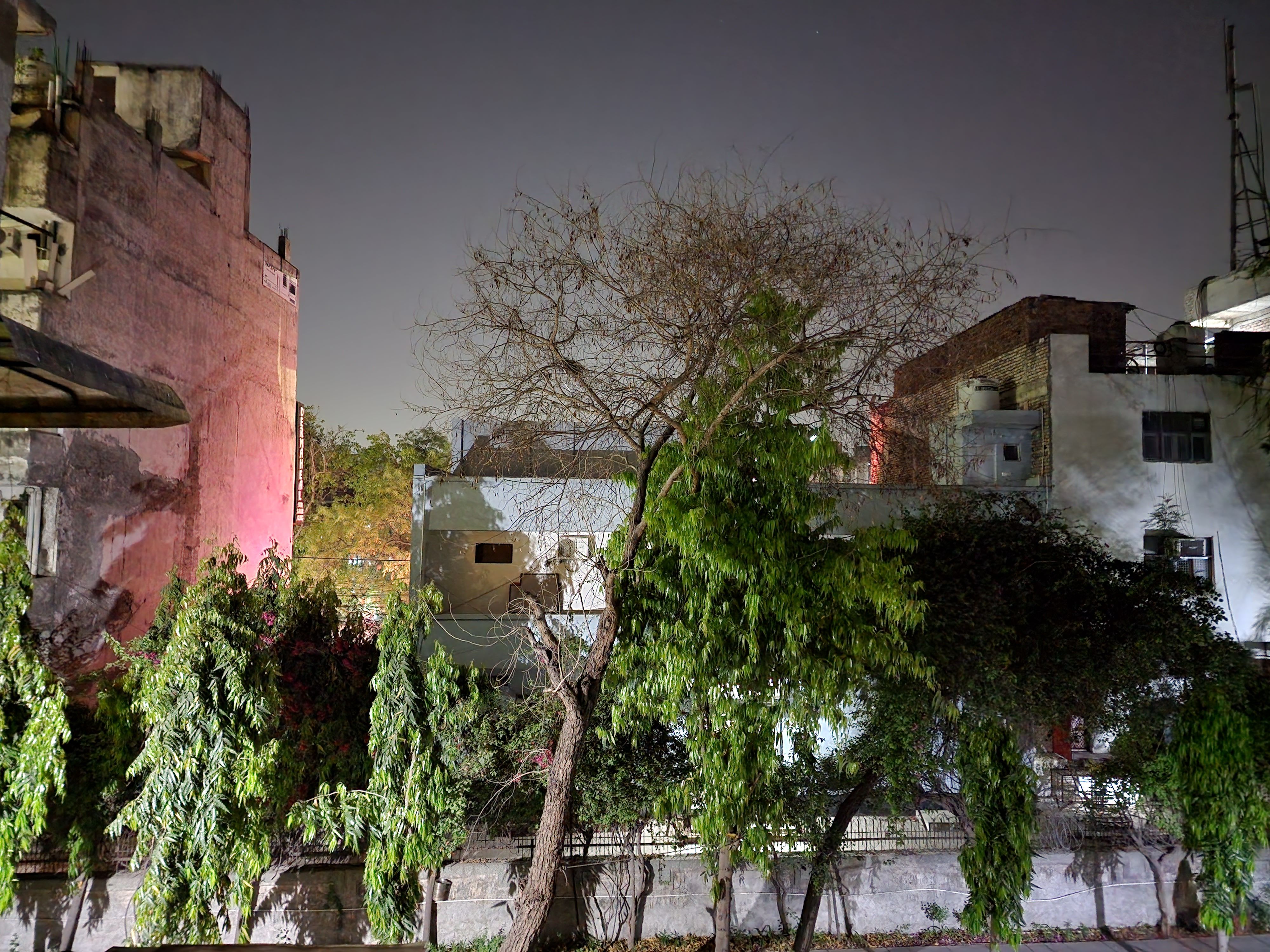 The 10 Pro’s image, on the other hand, appears rather soft and the leaves of the tree in the foreground offer little to no definition.

If you take the majority of photos from a phone’s front camera, then you’ll want the Galaxy S22 Ultra in your pocket. While the OnePlus 10 Pro offers a capable front camera, the selfies snapped with the phone often appear a tad beautified. Now, I clicked the sample photo with all the filters disabled and the beauty preset set to Natural mode. Despite that, the handset outputted an HDR-iefied snap wherein, my hair appears darker and my skin tone has an orange tinge to it as well. The Galaxy S22 Ultra’s photo, on the other hand, is truer to life and the snap offers better details near my eyes and beard too. 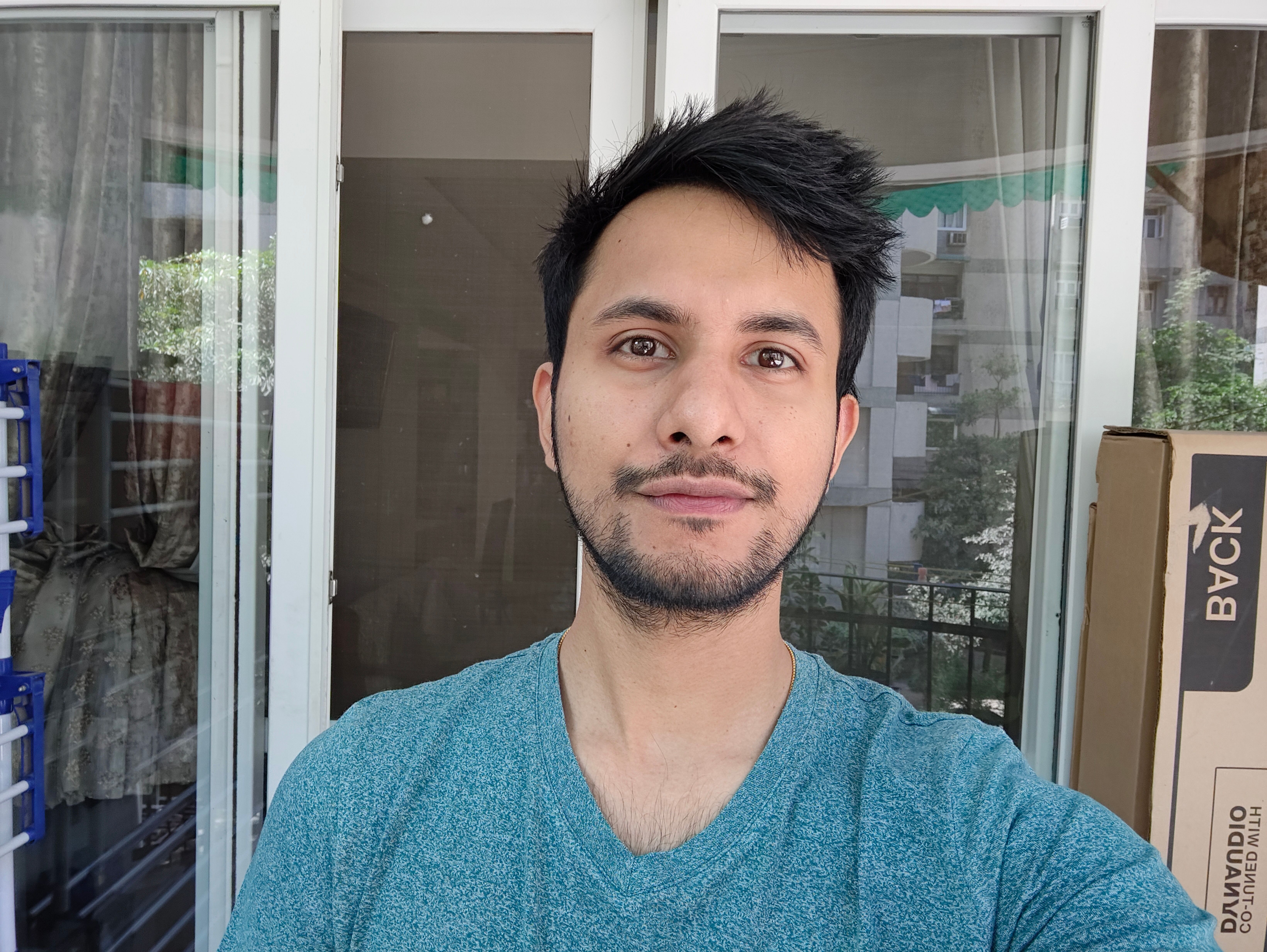 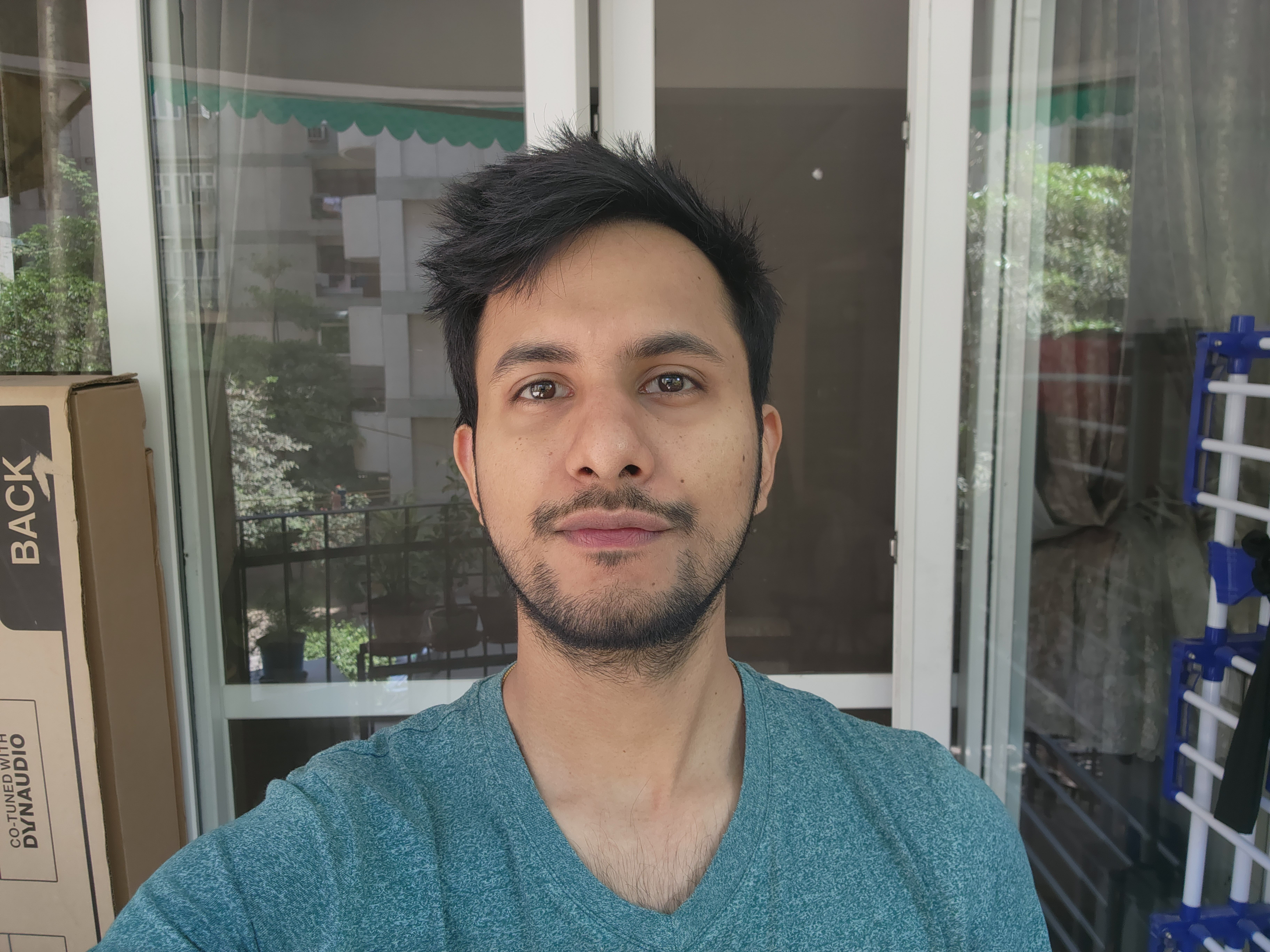 Turn the page over to lowlight selfies and you’ll find a similar result. In fact, with the screen flash utility enabled, the handset Galaxy S22 Ultra yields a more likeable photo with pleasing skin tones.

The OnePlus 10 Pro is undoubtedly a capable camera phone and for the price, offers users a fantastic photography experience. That said, the handset is still chasing the Galaxy S22 Ultra’s tail lights and while the device did capture more detail-laden images, the unit’s colour science wasn’t up to the mark. 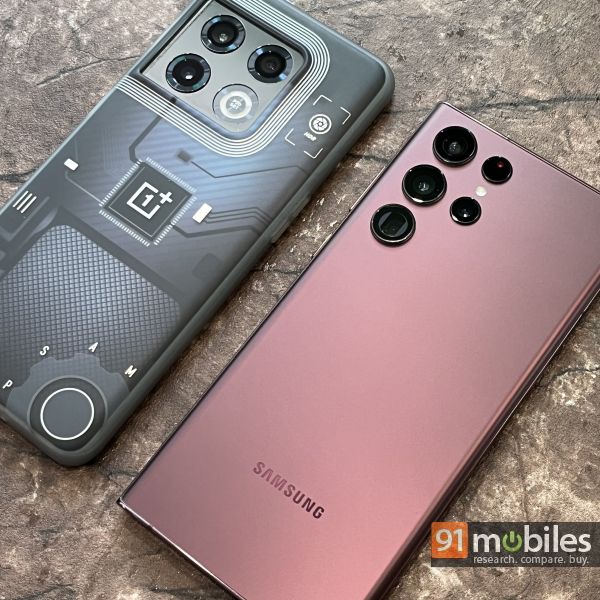 Furthermore, the Galaxy S22 Ultra is by far, the more versatile shooter of the lot and the device is also a better camera phone to click selfies, or lowlight stills. All said and done, the OnePlus 10 Pro’s imaging prowess while good, is not quite on par with the Galaxy S22 Ultra.