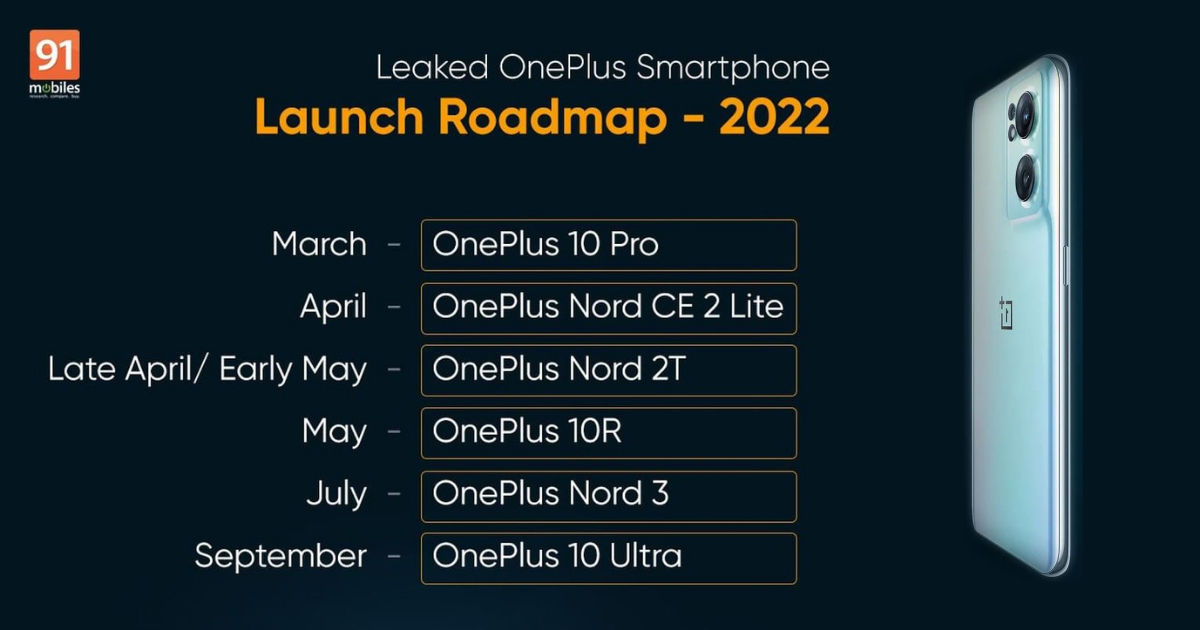 OnePlus smartphones have frequently been making headlines these days as news leaks surrounding the OnePlus Nord 2T, Nord CE 2 Lite, Nord 3, OnePlus 10R, and more have been coming to light. Not only that, but OnePlus is also planning to launch other products like a Nord-branded smartwatch and a new Y-series 43-inch 4K TV in India. It seems OnePlus is looking to rapidly expand its portfolio in 2022. Gone are the days when the OnePlus launched one flagship killer smartphone and a T series upgrade in a year. Today, we have a roadmap of all OnePlus smartphones expected to launch by September, courtesy of tipster Yogesh Brar. Let’s have a look.

Here are some of the upcoming Nord/number series products

According to the tipster, OnePlus will start its launch marathon with the OnePlus 10 Pro, which is set to make its Indian debut by the end of March. Next in the line is the OnePlus Nord CE 2 Lite that will become official next month, i.e., April.

Next up is the OnePlus Nord 2T, which will release by the end of April or in early May. Interestingly, skipping the vanilla OnePlus 10, the brand is preparing to launch the OnePlus 10R in May.

With all these Nord and 10-series smartphone launches, OnePlus will definitely have a busy year. It, however, will be interesting to see how the company manages to keep all the handsets’ software up-to-date and bug-free.