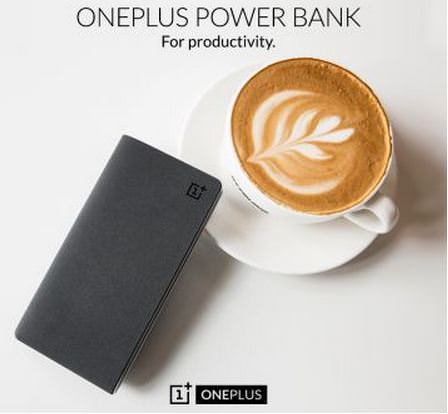 “The OnePlus 10,000mAh power bank is capable of providing three full recharges for the One”

OnePlus has finally launched its first universal mobile accessory, the OnePlus 10,000mAh power bank in India. The device was expected to land in the country in the last week of April, but that didn’t happen. The power bank is up for grabs on Amazon India for Rs 1,399 in Sandstone Black and Silk White variants. The OnePlus power bank is loaded with lithium-polymer batteries of 10,000mAh capacity. The accessory has dual-USB ports to charge two devices simultaneously. It comes with LED indicator lights, and can be switched on with a gentle shake. The device has safety features for protection against short circuit, overheating, and overcharging, and takes 5.5 hours to charge fully via DC 5V/2A power input.

Show Full Article
The OnePlus 10,000mAh Power Bank is capable of providing three full recharges for the One (review | cheatsheet), which is equipped with a 3,100mAh battery. The accessory will compete against the likes of the Xiaomi 10,400mAh Mi power bank and Honor AP007 13,000mAh in the country. OnePlus will also start selling the swappable bamboo rear panels for the One in India soon.
ShareTweetShare
Share