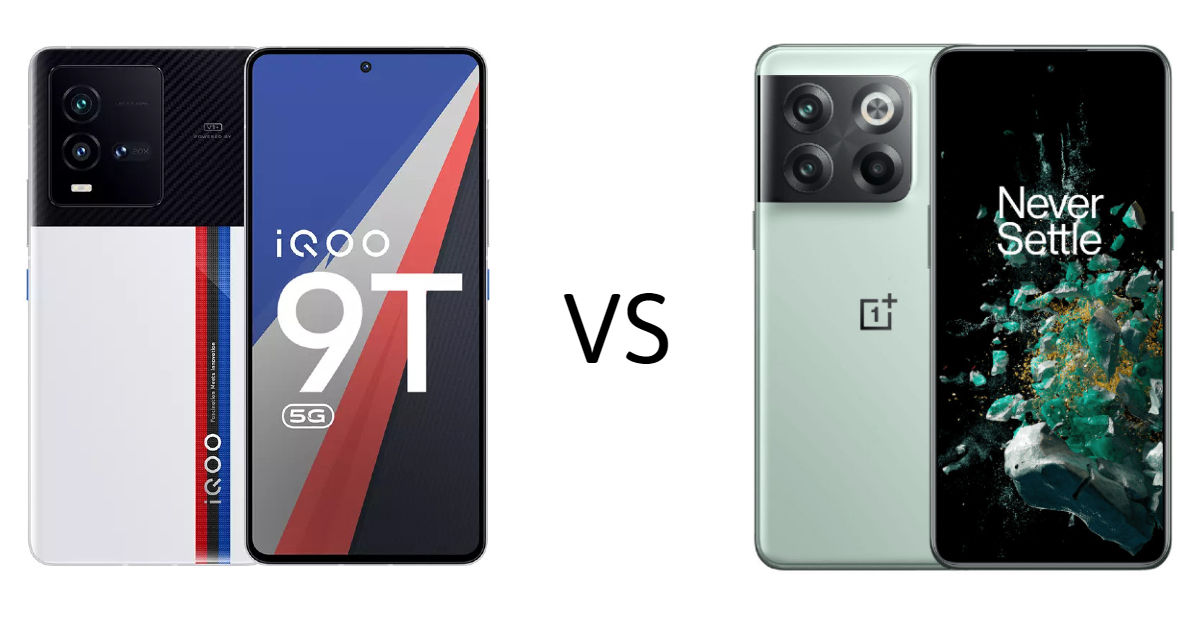 iQOO 9T and OnePlus 10T are the latest premium flagship phones on the market and they’re one among the first to ship with Qualcomm Snapdragon 8+ Gen1 chipset, which promises to offer impeccable performance capabilities. Beyond the chipset, the OnePlus 10T and iQOO 9T offer top-of-the-line specifications such as an AMOLED display with a 120Hz refresh rate, Android 12 OS, and triple camera sensors on the back. What sets them apart is the fast charging capabilities. The iQOO 9T has 120W speed while the OnePlus 10T packs in 150W charging speed.

Folks at MySmartPrice have put the fast charging speeds on both phones to test to see which is the fastest among the two. The results are quite surprising and are not what you expect. Let’s get into the story.

The iQOO 9T was able to fully charge the phone in just 23 minutes, while the OnePlus 10T could charge at 25 minutes. The difference between them is just 2 minutes. Notably, the OnePlus 10T has a 100mAh bigger battery than the iQOO 9T but in comparison, it has a 30W faster-charging speed.