Home Comparisons OnePlus 11 vs OnePlus 10 Pro: how much has the OnePlus flagship... 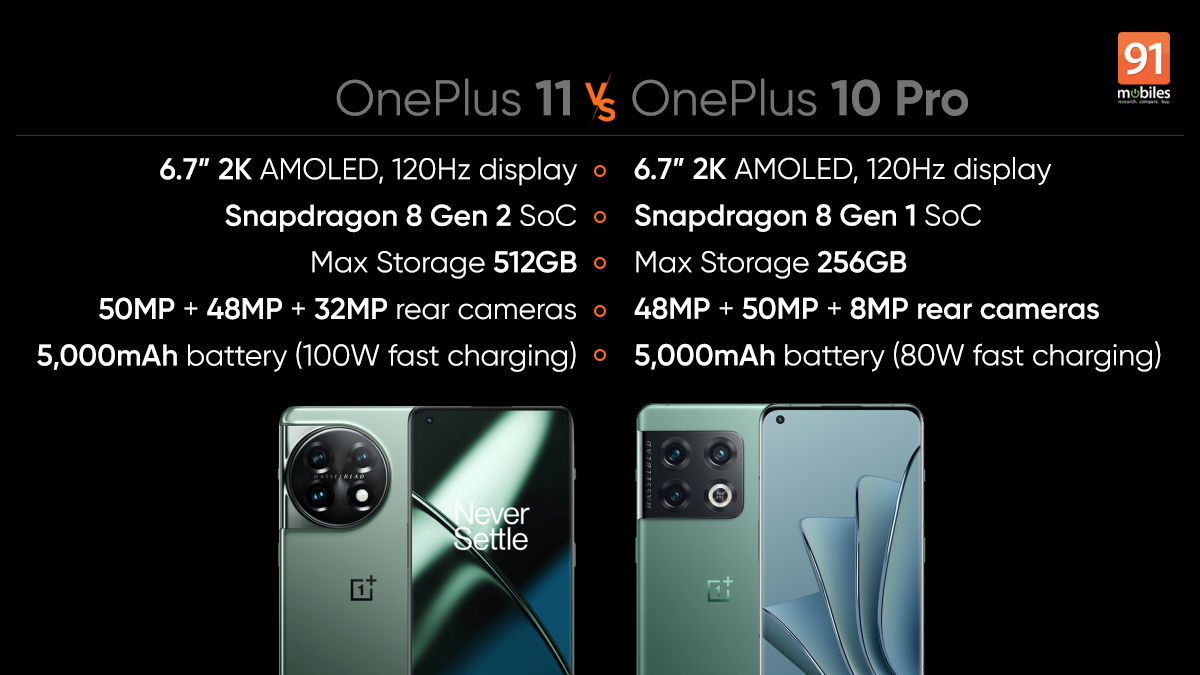 OnePlus 11 is all set to make its global debut on February 7th in New Delhi, India. However, as the flagship has already launched in China a couple of days back, we can expect the phone to come with identical specifications to the international markets as well. Compared to its predecessor OnePlus 10 Pro, the OnePlus 11 packs some significant upgrades in the camera department along with the traditional boost in performance. That being said, in this article let’s take a look at how different the OnePlus 11 is from last year’s OnePlus 10 Pro.

With pricing out of the way, let’s compare both of the OnePlus flagships in terms of their design, display, performance, cameras, and more. 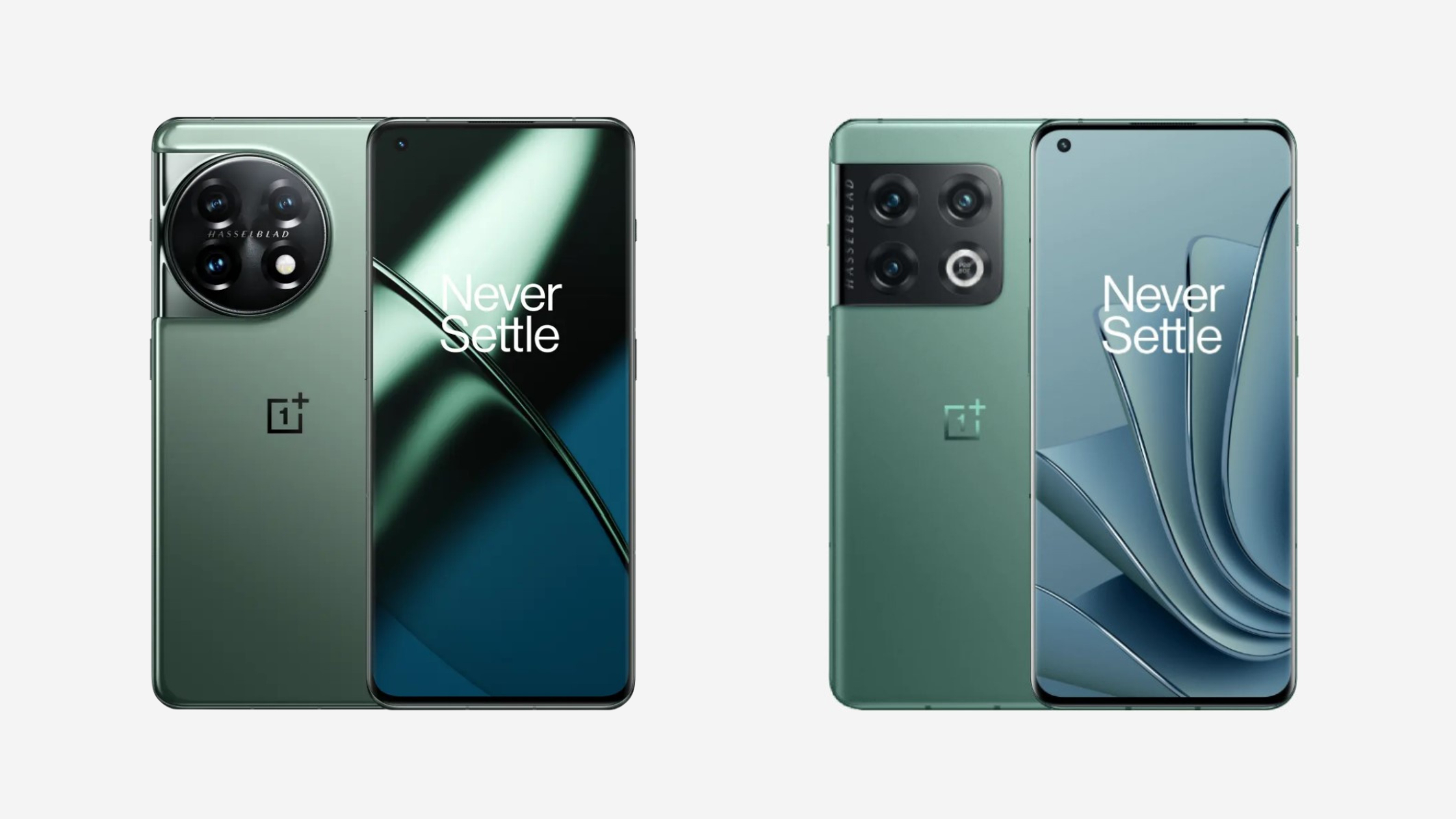 Both OnePlus 11 and OnePlus 10 Pro carry a similar rear panel design with a significantly large camera housing. However, what sets both flagships apart is a flat four-cutout layout for three lenses and a ringed LED flashlight within the camera housing on the OnePlus 10 Pro while the cameras on the OnePlus 11 are placed inside an elevated circular module, which all together make up for a ‘Black Hole’ design, as per OnePlus. Furthermore, there’s the ‘Hasselblad’ branding as well on the camera modules of both smartphones. Notably, the OnePlus 11 brings back the ‘Alert Slider’, which is a major differentiating facto between the phones. On the left side, there are volume rockers on both these handsets. 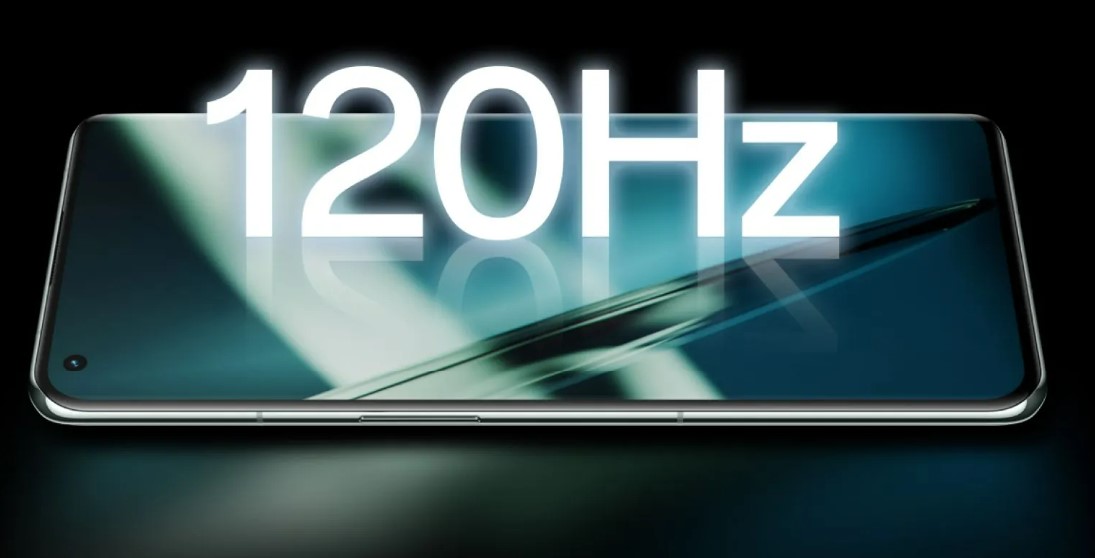 OnePlus has not made any significant upgrades on the OnePlus 11 from the OnePlus 10 Pro in terms of display apart from some minor additions. For starters, both flagships feature a 6.7-inch curved AMOLED display with a resolution of 1,440 x 3,216 pixels along with the support of 120Hz refresh rate, HDR10+, and 1300 nits of peak brightness. Now coming to the differences, the OnePlus 10 Pro gets LTPO 2.0 technology for seamlessly switching between display refresh rates while the OnePlus 11 uses an upgraded LTPO 3.0 panel that aids in providing better battery life to a certain extent. Another aspect where OnePlus 11’s display has a slight edge over the OnePlus 10 Pro is the support for Dolby Vision which the former flagship omits.

These handsets also offer RAM expansion functionality for enhanced multitasking capabilities along with HyperBoost gaming engine that pushes the CPU and GPU to their maximum limits. 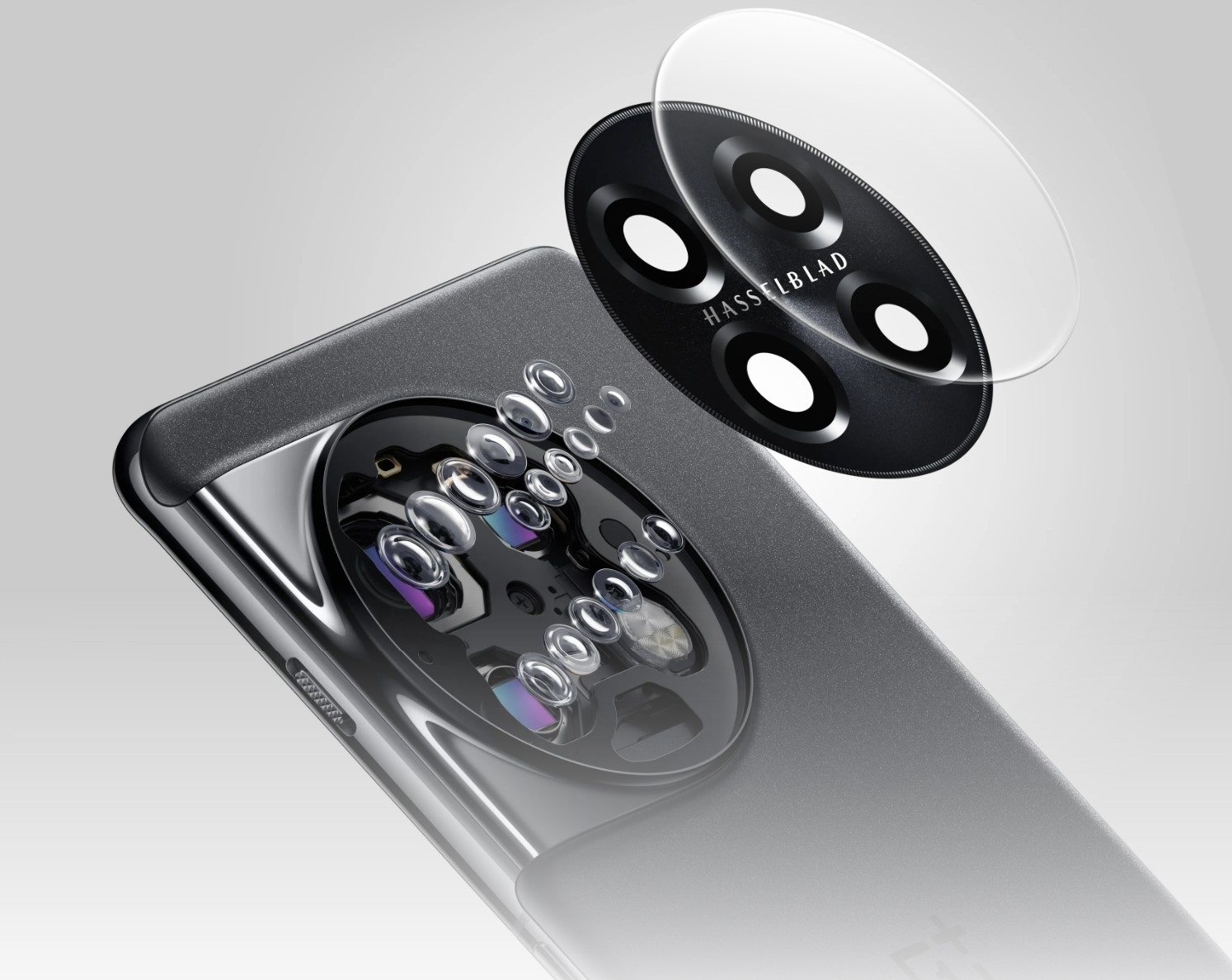 The cameras on both OnePlus 11 and OnePlus 10 Pro are tuned in collaboration with Hasselblad. Besides providing photography expertise, the partnership also brings exclusive camera modes and features to the phones such as PAN mode which takes wide images for a classic look. Besides that, the OnePlus 11 brings upgraded cameras across all the rear lenses which include a 50MP primary camera, 32MP telephoto lens, and a 115-degree 48MP ultra-wide camera. As for the optics on the OnePlus 10 Pro, it features a 48MP main camera, 8MP telephoto lens, and a 150-degree 50MP ultra-wide lens. Coming to selfies, the OnePlus 11 packs a downgraded 16MP front camera as compared to a 32MP front sensor found on the OnePlus 10 Pro.