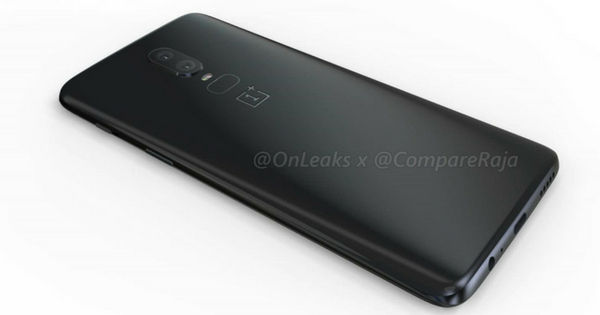 OnePlus is all set to officially launch its upcoming flagship – OnePlus 6 on May 16th in London, followed by China and India launch the next day. The handset has been subjected to a number of rumours and speculations ahead of the official confirmation. Now, the smartphone has been spotted in CAD renders and 360-degree video, courtesy the collaboration between CompareRaja and noted tipster OnLeaks. 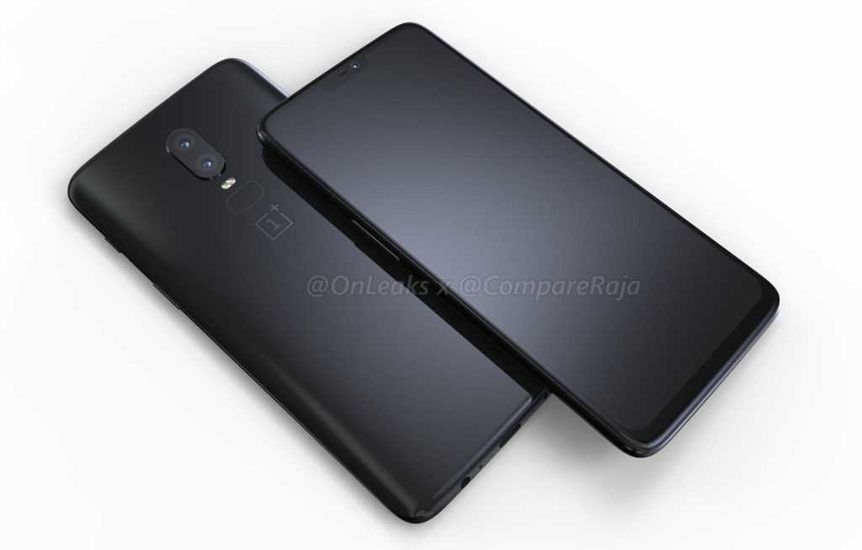 The OnePlus 6 seen in the newly leaked image corroborates the leaked renders we have seen before. The handset is seen sporting a glass body with dual camera module on the back, pill-shaped fingerprint scanner, and the OnePlus logo. On the front, we can see the notch display design with a slim chin. The leaked renders also show us the 3.5mm audio jack, USB Type-C port, and loudspeaker grille on the bottom edge. One subtle but interesting change in the design comes in the form of notification slider positioning. While earlier OnePlus smartphones have had the notification slider along with the volume rocker on the left side, this time around, it has been relocated to the right beside the power button. Apart from these bits, we already have speculations regarding other aspects of the OnePlus 6, thanks to the past leaks.

Amidst all rumours and speculations, OnePlus has already confirmed a glass panel, a display notch, Snapdragon 845 SoC, and maximum storage up to 256GB. The smartphone is expected to flaunt a 6.28-inch AMOLED display, bearing an FHD+ (2,280 x 1,080 pixels) screen resolution and 19:9 aspect ratio. The processor of the handset has been tipped to be backed by up to 8GB RAM, depending on the variant. For imaging, the smartphone is speculated to come with a 20-megapixel + 16-megapixel dual camera module on the rear panel. As for the front panel, there is a 16-megapixel shooter for selfies and video calling. The flagship is likely to run Android 8.1 Oreo-based Oxygen OS and be powered by a 3,300mAh battery.

OnePlus has announced exclusive pre-sale pop-ups to be held in eight cities on May 21st and 22nd. There will be limited stock at these pop-ups and the units will be sold on first come, first serve basis. The OnePlus 6 will be an Amazon India exclusive and the website will organise an early access sale for Prime users on May 21st at 12 pm. We will bring you details regarding the price and general availability of the handset on May 17th, when it goes official.