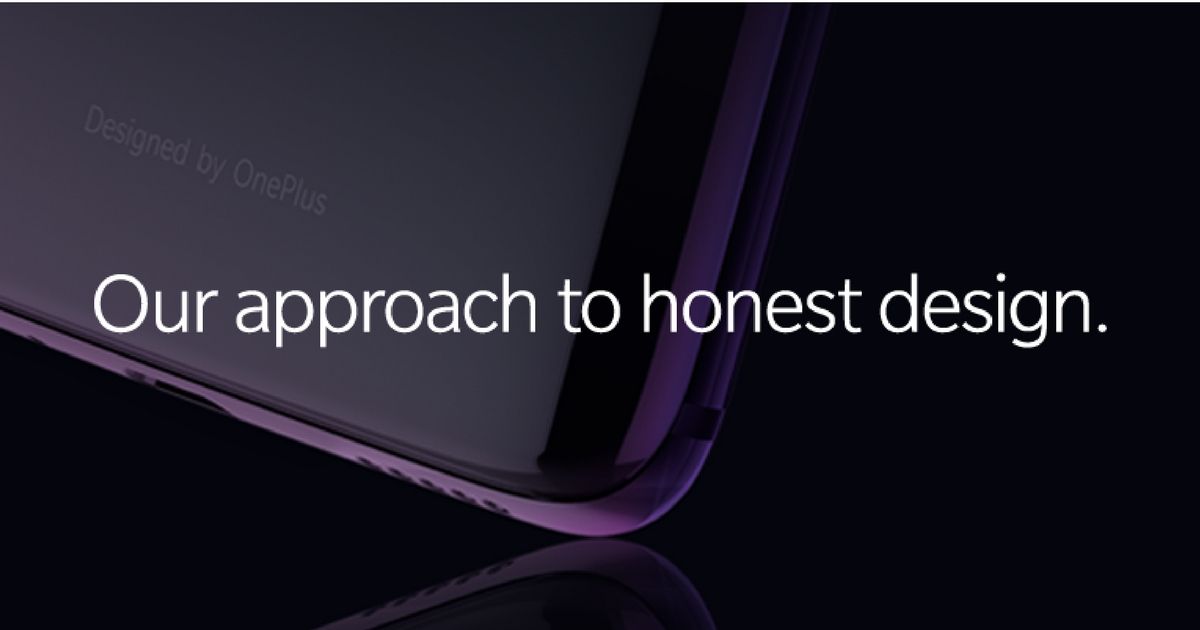 Home Feature Rumour zone: what to expect from the OnePlus 6

“All the rumours about the upcoming OnePlus 6 in one place”

OnePlus’ journey in the smartphone world has been nothing short of extraordinary. From an unknown, new brand, it has quickly grown to become one of the most popular smartphone companies globally, leapfrogging a few stalwarts in the process. It has reached a point where there’s always a lot of buzz surrounding the latest OnePlus flagship, and even more so about the next one. As such, the upcoming OnePlus 6 smartphone finds itself surrounded by leaks, rumours and what not. So to make things easier for you, we’ve compiled what all can you expect from the OnePlus 6. Let’s get started. 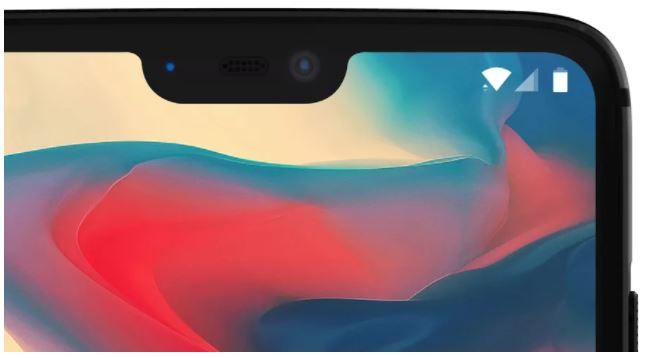 Love it or hate it, notch displays are here to stay. With more Android manufacturers following this trend, this design is going mainstream very quickly. OnePlus’ co-founder Carl Pei has already confirmed the presence of a notch on the OnePlus 6, though he’s also mentioned that their notch ‘is different and implemented with more thought and care’. What’s more, Pei has even revealed the dimensions of the notch, which sit at 19.6mm x 7.68mm. This makes the notch on the OnePlus 6 smaller than the cut-out on the Apple iPhone X (review).

Pei has also talked about the brand’s efforts to optimise its software to disguise the notch when videos are being played to deliver a distraction-free experience while consuming multimedia. Apart from the addition of the notch, the rest of the display is expected to remain pretty similar to the OnePlus 5T (review), which features a 6.01-inch 18:9 Optic AMOLED display. If anything, the display might get more curved corners than its predecessor’s.

Driven by continuous improvement. Pete speaks about our design philosophy in an all-new deep-dive. https://t.co/vf264jHUmv pic.twitter.com/1KVG560Oti

Talking about the design, OnePlus has already shared that its upcoming smartphone will offer a glass panel at the rear. In a blog post titled ‘our approach to honest design’, Founder and CEO Pete Lau shared the company’s design philosophy. He also mentioned that while its classic sandstone finish initially helped differentiate the debut device from the clutter in the market, it doesn’t offer a uniformity of a metal, which is the construction material of choice for its recent offerings. Ensuring a premium appeal and good ergonomics, the glass back also gets five layers of Nanotech Coating, a first for the smartphone market. Oh, and if you are worried about the 3.5mm interface, then unlike other flagships, the upcoming handset will continue with the support for the popular audio standard.

Performance: second to none

Among the things the brand has confirmed about the OnePlus 6, is also the fact that it will sport the powerful Snapdragon 845 SoC. Along with that OnePlus is reiterating the fact that its forthcoming device will continue to offer “burdenless speed”. To ensure the same, the high-end model of the OP6 will feature 8GB RAM and 256GB memory onboard. We can also expect the brand to introduce other variants with 6GB RAM and storage options of 64GB and 128GB. The brand also has set up a dedicated team called Team FSE (Fast, Stable, Efficient) to ensure the hardware and software are optimised to offer the maximum performance.

Software: sugar, spice, and everything nice 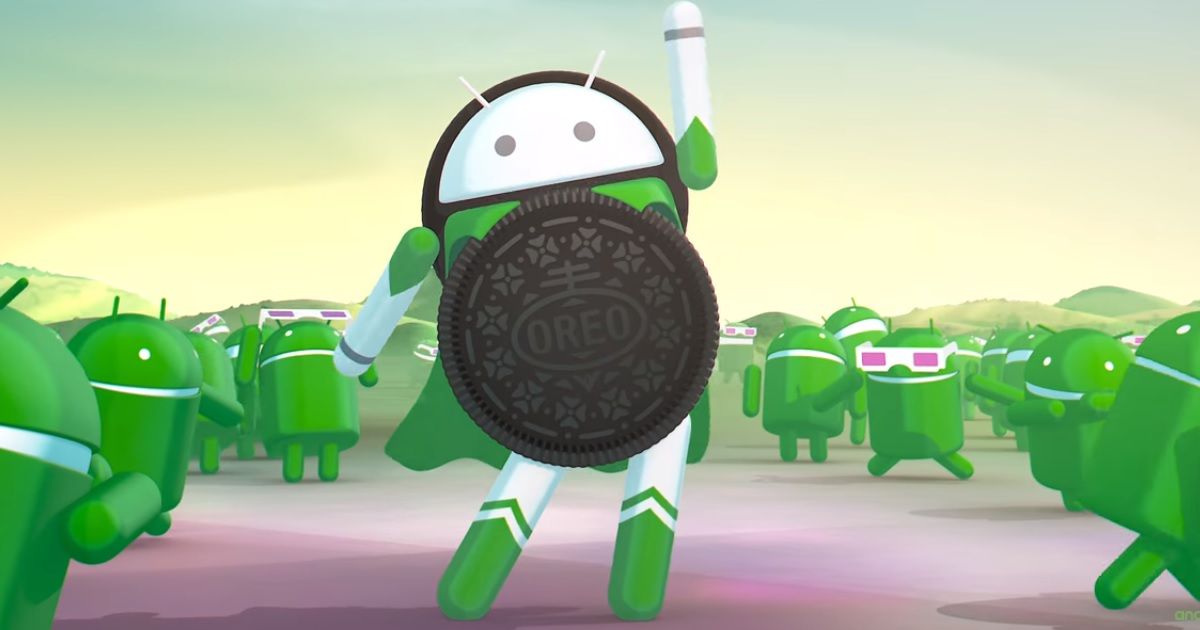 In terms of the software, the OnePlus 6 will reportedly boot Android 8.1 Oreo-based Oxygen OS out of the box, with under-the-hood performance and speed enhancements. The company’s superfast face unlock feature, which debuted on the OnePlus 5T, is also expected to make a comeback in the new device. Interestingly, the notification bar will witness a host of design changes, including a shift in the clock position from the right side to the left side, in an attempt to incorporate the new notch.

In addition, OnePlus has already teased that its upcoming flagship will feature more advanced gestures for navigation. This functionality is expected to improve the full-screen experience that the OP6 will offer to its users as it gets the display notch.

Cameras and battery: a dash of power

Making headlines already 📰 Here’s your first glimpse into the power of the #OnePlus6 camera as it becomes the first smartphone ever to shoot the cover photo for a magazine in India! @VOGUEIndia @aditiraohydari pic.twitter.com/fovuKBcQ9G

Interestingly, the rumour mill has been quite silent when it comes to the cameras on the upcoming flagship. What we do know, however, is that the smartphone will continue using a dual-camera setup on the back. The brand has also given us a sneak peek at the capabilities of the OnePlus 6’s camera, through the cover of Vogue India’s May issue, as it’s the first time in India that a magazine’s cover photo has been shot on a smartphone.

In terms of battery, the OnePlus 6 will reportedly get a slight bump in capacity, as it’s expected to ship with a 3,450mAh unit, as compared to the 3,300mAh battery found on its predecessor. Fast charging duties will be handled by the brand’s popular Dash Charge technology, which has proved to be quite a handy feature.

OnePlus and The Avengers: the dream team

In collaboration with one of the biggest film franchises in the universe and a favorite of our community, we present to you the OnePlus 6 x Marvel Avengers Limited Edition!

Last year, OnePlus partnered with Disney to launch a special Star Wars edition of the 5T. This time around, the Chinese brand has joined hands with Marvel Studios, which has just released its superhero blockbuster – Avengers: Infinity War. Now, who wouldn’t want a smartphone with the superhero ensemble, which is what the brand will be offering with the OnePlus 6 Marvel Avengers Limited Edition.

We promised big things, and here it is. We’re bringing you up to speed with the most awaited piece of news. #OnePlus6 launches on the 17th of May, 3:00 PM IST at the Dome (NSCI) in Mumbai. #TheSpeedYouNeed pic.twitter.com/W5tbsbV8It

The brand has changed its schedule a bit this year, as the OnePlus 6 will be launched this month itself, unlike the June-July timeframe it used to follow previously. In fact, the company is highlighting that India is an important market as it’s launching the smartphone on May 17th, soon after the global unveiling on May 16th.

We’re bringing #TheSpeedYouNeed to your city! The OnePlus 6 hits India on the 21st this month for the #OnePlusPopUp.

Interested buyers won’t have to wait too long either to get their hands on the flagship. The brand will be holding pop-up events across the country on May 21st and 22nd, where one can be among the first to be the proud owner of the OnePlus 6. Consumers will get exclusive OnePlus goodies on the purchase.

While that might be a good news, a report also claimed that the new device will be the costliest OnePlus flagship till date, with a rumoured price tag of around Rs 50,000 for the most high-end model of the phone.

These fans got the chance to see the #OnePlus6 early. Watch their first reactions now! Get ready for the official launch at May 16. https://t.co/5TPq08B71n pic.twitter.com/gZH00zF3Lz

That’s it about the OnePlus 6 for now. Do note that most of these details have not been confirmed by the brand, though we don’t have to wait for long to know what the new OnePlus offering brings to the table.