“Amazon Prime members will have early access to deals, starting 12 noon on May 3rd”

Amazon has announced its 2019 ‘Summer Sale‘ in India, which will kick off on May 4th and continue until May 7th. Prime members will have early access to the sale deals, starting 12 noon on May 3rd. The Amazon Summer Sale is said to offer exciting deals and discounts on a range of smartphones across brands — including OnePlus, Apple, Samsung, Huawei, Realme, and Xiaomi — along with TVs, consumer appliances, large appliances, and more. 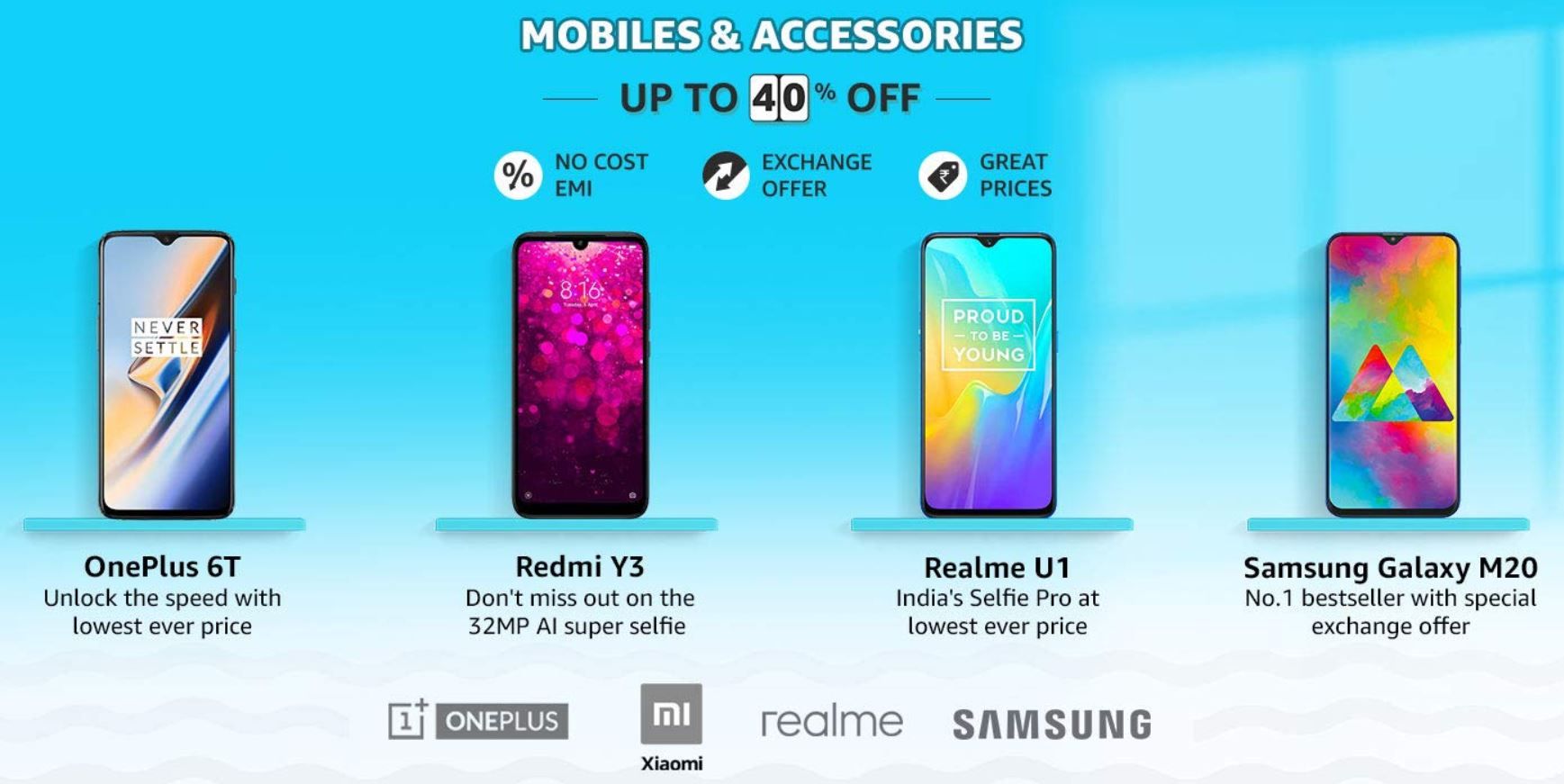 To start with, smartphones such as OnePlus 6T, Huawei P30 Pro, Samsung Galaxy M20, OPPO F11 Pro, iPhone X, Honor 8X, Vivo Y83, and more will be available with up to 40 percent discount. DSLRs will be available with up to 35 percent off, while you can save up to Rs 32,000 on laptops. The sale also offering up to 60 percent discounts on headphones, speakers, smartwatch, and wearables.

The Summer Sale on Amazon India is powered by SBI to offer 10 percent instant discount to users making payments via SBI debit card and credit cards. There are also no-cost EMI options from Bajaj Finserv and select banks on credit cards for most of the devices on sale.