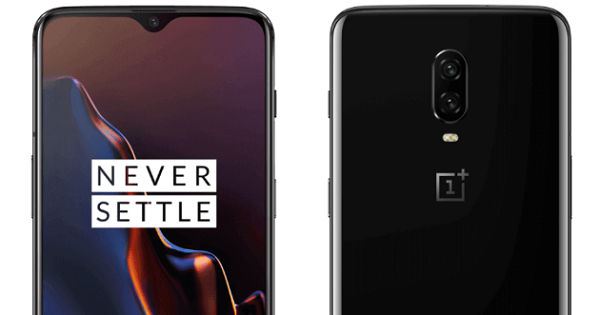 OnePlus is all set to launch its next-generation flagship – OnePlus 6T – tonight. But fans in India will have to wait till tomorrow for the handset to be showcased in the country. However, the wait won’t be too long for those looking to buy the OnePlus 6T in India as Amazon India has revealed the official release date for the smartphone in the domestic market. The smartphone is among the most eagerly-awaited flagship handsets in the country thanks to its premium features and relatively affordable price.

The Amazon India website has already started taking pre-orders for the upcoming smartphone and has revealed that the handset will go on sale in India starting November 1st. This is just two days after the India launch event for the smartphone that the company will be hosting in New Delhi. The e-commerce platform has also listed several introductory offers for the handset, including Rs 2,000 instant bank discount on orders placed using Citibank credit cards and ICICI Bank credit and debit cards. Amazon India is also offering no-cost EMIs, free damage protection, and instant cashback worth Rs 5,400 (36 vouchers of Rs 150 each) as well as up to 3TB of 4G data for Jio users.

Those looking to buy OnePlus 6T in India offline can head to the pop-up events the company is hosting in nine cities. As of now, pricing of the smartphone is not known but according to a recent leak the OnePlus 6T price in India will start at Rs 37,999 and go up to Rs 44,999.

The handset maker has already confirmed that the smartphone will come with an in-display fingerprint scanner, Android 9 Pie-based OxygenOS and night mode. Apart from this, the rumours suggest that OnePlus 6T will come with a larger 3,700mAh battery, waterdrop notch display and the same spec sheet as its predecessor – OnePlus 6 (review).

The Amazon India landing page for the OnePlus 6T mentions only two days left for pre-booking the smartphone. Head on over to the website if you have got your eyes on the handset to pre-book and get Rs 500 cashback and a free pair of OnePlus Type-C Bullet earphones.