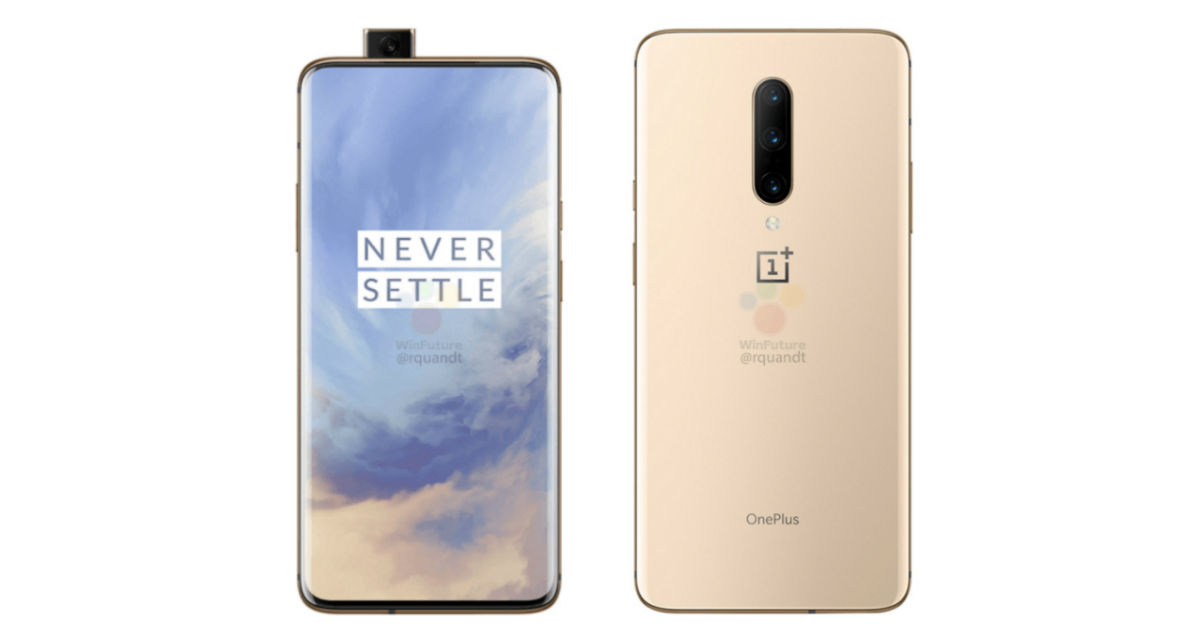 OnePlus is all set to unveil its next-gen OnePlus 7 and OnePlus 7 Pro smartphones at a simultaneous launch event in India, the UK, and, the US tomorrow. Ahead of the unveiling, almost everything including press renders and specifications of the upcoming handset have been leaked on the interwebs. The brand has also been teasing some features of its next-gen flagships. Now, the phone maker’s new teaser images (shared by Matt Swider of TechRadar) have revealed the details regarding the OnePlus 7 Pro’s display. In addition, popular tipster Roland Quandt has released the case renders of both the OnePlus 7 and 7 Pro.

This arrived today at the @futureplc @techradar office: I wonder what @oneplus @OnePlus_USA @PeteLau will launch Tuesday 🤔🤔🤔 #oneplus7pro #tease pic.twitter.com/YHL3SB0q49

“Nobody asked us to make a screen with a 90Hz refresh rate. We didn’t make it because people complained about not having it, or because our competitors were roumored to be developing it. The logic on this one was simple: a 90Hz refresh display feels. So we gave you one”, added the brand in the teasers.

Full gallery with quite a few more pics of here:https://t.co/FrEzUGE6k5 pic.twitter.com/0c7eQt1tt5

As for the leaked case renders, they again confirm that the OnePlus 7 will have a dual camera setup at the rear, while the 7 Pro will sport triple rear cameras. There will be four case or covers for these handsets will be on offer, including Carbon, Sandstone, Nylon, and a Silicone Bumper case.

If reports are to be believed, the OnePlus 7 and OnePlus 7 Pro will be available at the starting prices of around Rs 40,000 and Rs 50,000, respectively. We will have the official details tomorrow, so stay tuned to regular updates.