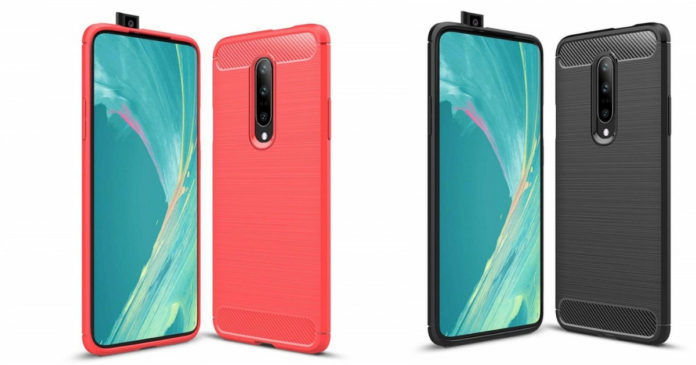 “The OnePlus 7 is rumoured to have all-display front, pop-up selfie camera, and a 4,150mAh battery”

OnePlus recently slashed the price of its last flagship OnePlus 6T (review) in China and also announced an upcoming price cut in India. This is a clear indication towards the imminent launch of the OnePlus 7. The upcoming smartphone, which was recently spotted in leaked case renders, has been subjected to numerous leaks and renders in the past. Now, new alleged case renders of the phone have been spotted on the Internet.

The freshly leaked case renders of the OnePlus 7 corroborates with what we have seen in the previous renders. However, this time around we get to see yet another aspect of the smartphone that previous leaks have not shown. In the new leaks, we can see the pop-up selfie camera of the phone raised for the first time. This is of course not the first time we have seen a render of the upcoming OnePlus 7 with a pop-up selfie module. Apart from that, we can also see the triple camera module with circular LED flash, all screen display, and USB Type-C with loudspeaker cutout on the bottom.