Home News OnePlus 7 could be launched in three gradient finishes 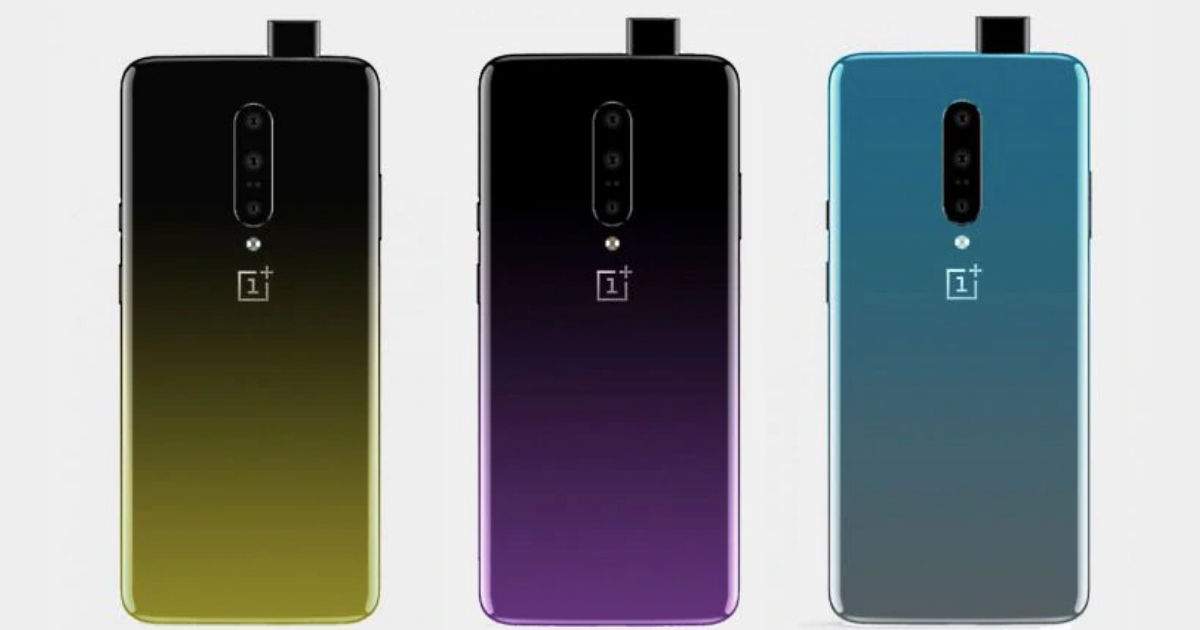 OnePlus 7 leaks have been everywhere and we have pretty much seen it all. If the leaks are true, then the next OnePlus flagship will sport a full-screen display without any notch. To do this, the selfie camera is placed on a pop-up system, similar to the OPPO F11 Pro and the Vivo V15 Pro (review). Now, there’s a new leaked image that shows that the phone would also feature new colour options. The image shows the OnePlus 7 in three gradient finishes.

OnePlus has always used single colours for its flagship phones, except for the OnePlus 6T (review). It is possible that the Chinese manufacturer is moving to gradient finishes, which honestly, look quite appealing. The OnePlus 6T was the first device from the company to feature such a finish. Remember the OnePlus 6T Thunder Purple Edition, and the 10GB RAM carrying McLaren Edition (review). Both these phones featured gradient finishes that gave them a very distinct look.

As you can see from the leaked image above, the OnePlus 7 could be available in some striking colours. If the image is not a fake, then you could have the new flagship in Black Yellow, Black Purple and Cyan Grey. These may not be the official names, but you get the idea right?

We have seen several renders, live images and most recently, a video, which showed the new OnePlus 7 design. The phone is said to feature a triple-rear camera setup, as seen in the image above, and an in-display fingerprint scanner, similar to the OnePlus 6T. According to rumours, the device will be powered by the latest Snapdragon 855 chipset and feature up to 10GB of RAM. It is also rumoured to come with a 6.5-inch full-HD+ AMOLED display with slim bezels all around. The battery capacity could be increased to 4,150mAh and will support faster Warp charging. That’s all the information we have at our disposal right now.