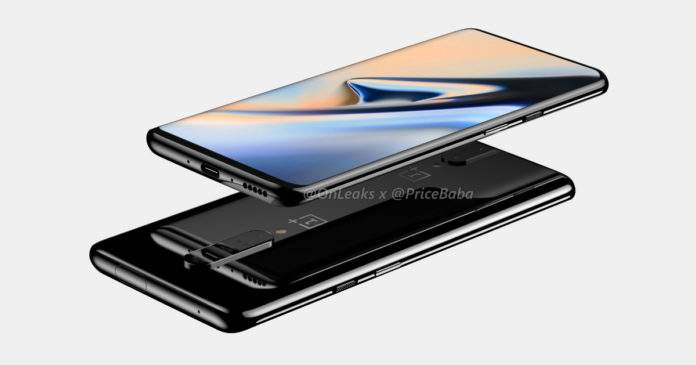 “The OnePlus 7 is also likely not to feature wireless charging, as hinted by CEO Pete Lau.”

We recently saw the first CAD-based render of the upcoming OnePlus 7 flagship for the first time leak over the weekend. And as surprising as it may seem, there’s a good chance that the next OnePlus phone will feature a pop-up camera system similar to the Vivo V15 Pro (review). Now, an alleged live image of the OnePlus 7 has leaked showing the same pop-up camera module once again. The actual source of the image was a Weibo handle who has since deleted the image but the render has still survived. As can be seen in the image, the alleged OnePlus 7 pop-up front camera is out of its chassis and the active screen shows the face unlock setup page. The image isn’t of very good quality so we can’t make out many details and there aren’t many, to begin with. With the previous CAD-based render, the probability of the OnePlus 7 coming with pop-up camera have increased drastically. We were already getting cues from Vivo and OPPO (OnePlus parent) much earlier as both manufacturers have opted for a similar setup in the V15 Pro and F11 Pro respectively. Both these devices are mid-rangers and while OPPO and Vivo have done this before, it will be a completely new path for OnePlus.

Now, considering the pop-up camera is likely, the OnePlus 7 will sacrifice two of the most useful features it’s predecessor had. That is water-resistance and blazing-fast face unlock. The company recently got rid of the capacitive fingerprint reader instead using an on-screen optical reader which was slower in terms of speed and accuracy. The pop-up camera will slow down the fast face unlock speeds because of its slow movement. On the bright side, OnePlus 7 buyers will get a super high screen-to-body ratio without any interruptions. There are no details regarding specifications just yet but we already know OnePlus packs the best hardware one can get in a mobile device. The OnePlus 7 is expected to arrive sometime in May.