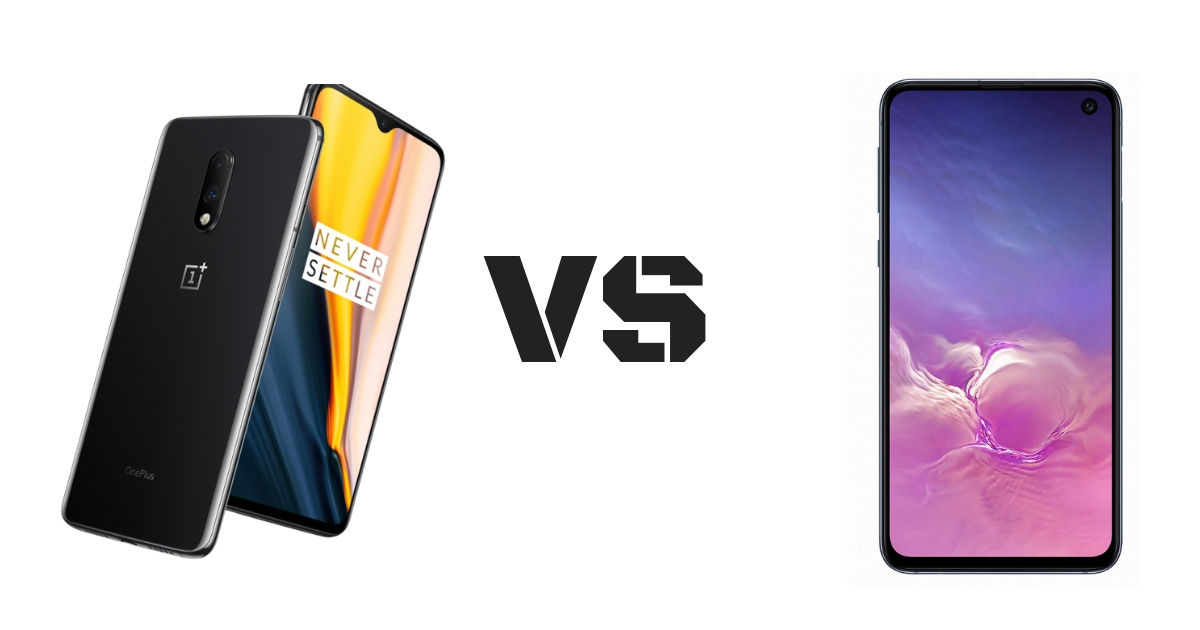 “Here’s how the OnePlus 7 fares against Samsung’s affordable flagship, the Galaxy S10e”

Finally, after weeks of speculations and hype, OnePlus has launched its latest flagship(s) in India. The pricier of the two – the OnePlus 7 Pro marks a lot of firsts for the brand like an elevating selfie camera, a QHD+ 90Hz curved display, triple rear cameras and more. However, OnePlus maintained its streak of offering killer features at an enticing price by announcing a more subdued smartphone in the form of the OnePlus 7. While the Pro variant is clearly going after the likes of the Samsung Galaxy S10 (review), the standard model is a challenger to the Galaxy S10e (review). So if you are wondering how the OnePlus 7 stacks up against the S10e, then read on.

The Samsung Galaxy S10e was launched alongside its elder siblings in India back in March 2019. The S10e was the most affordable of the S10 lineup and is priced at Rs 55,900 for the lone 6GB RAM and 128GB storage option. The Galaxy S10e can be purchased from major e-commerce platforms, including Amazon.in, and select retail stores. 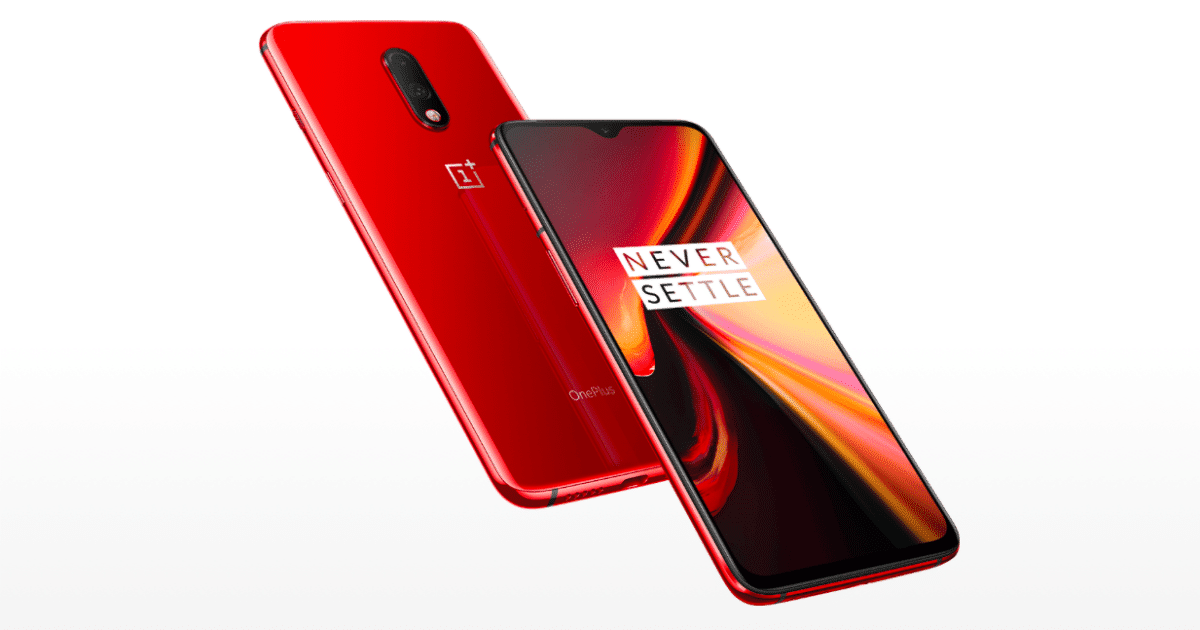 In comparison, the OnePlus 7 is being offered in two RAM and storage variants of 6GB + 128GB and 8GB + 256GB. The smartphone has been priced quite aggressively at Rs 32,999 for the base model and Rs 37,999 for the higher-end version. The handset is available for sale via Amazon.in and OnePlus.in across the country.

Both the OnePlus 7 and Galaxy S10e flaunt the same premium glass-sandwich design as their pricier siblings. That said, both of them miss out on curved displays, unlike their siblings. 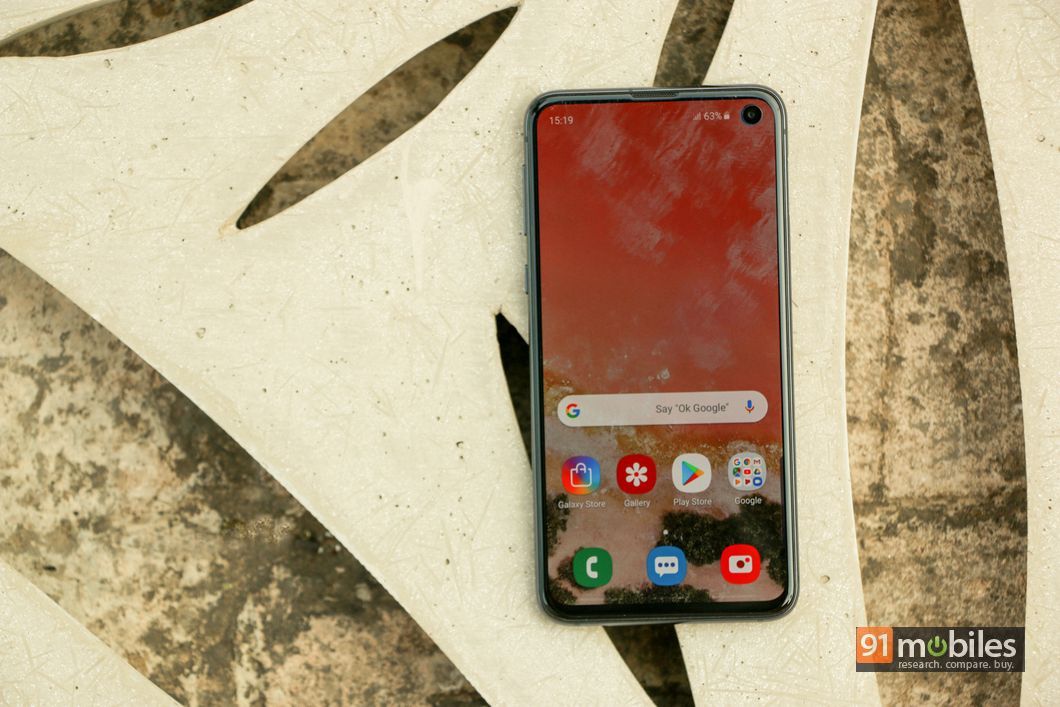 Speaking of the display, the OnePlus 7 has been equipped with a 6.41-inch Super AMOLED display with full HD+ resolution and a waterdrop-style notch. The Samsung Galaxy S10e is more future-forward with a 5.8-inch Dynamic AMOLED FHD+ punch-hole display. OnePlus does get an upper hand here in terms of the size but S10e has also received lots of applause for its compact size. So it boils down to your personal preference. 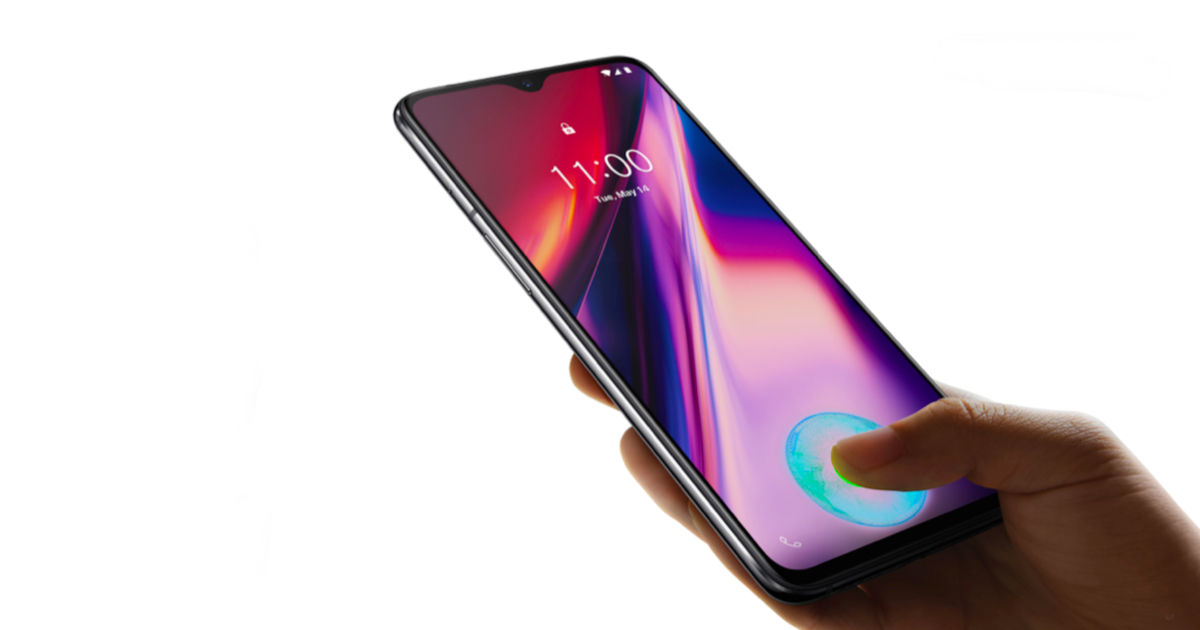 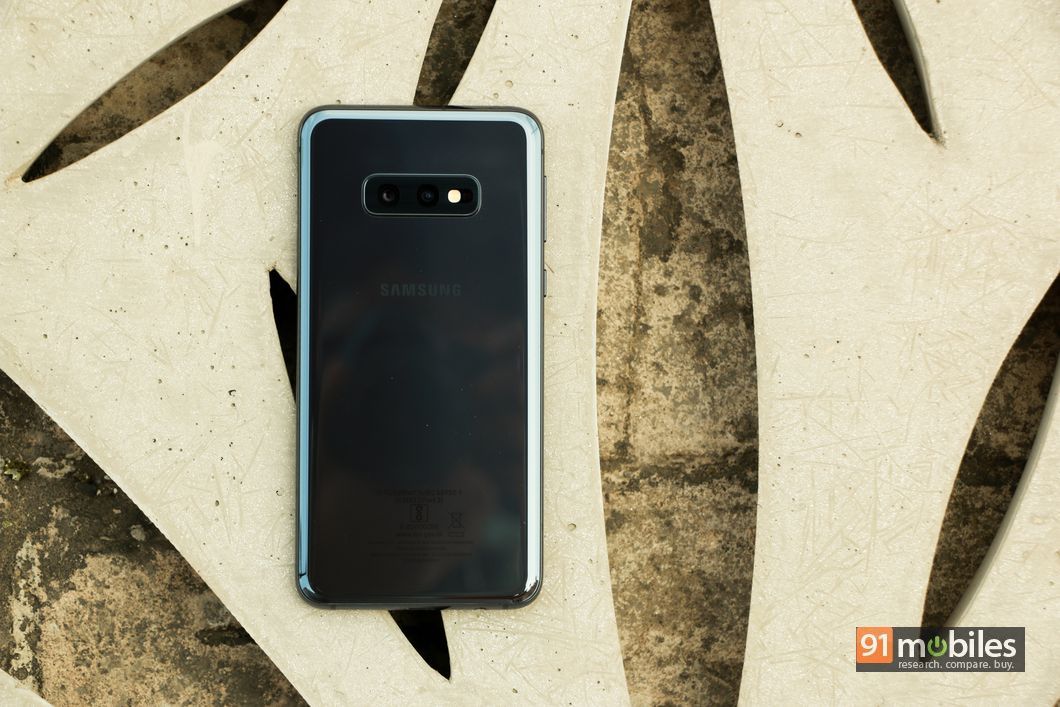 Under the hood, Samsung’s Galaxy S10e gets the same 8nm, Exynos 9820 octa-core processor as its bigger S10 models. The OnePlus 7 also retains the Qualcomm Snapdragon 855 SoC as the Pro variant. While the CPU performance might be at par with each other, OnePlus’ offering does get an edge as it also comes with 8GB RAM. 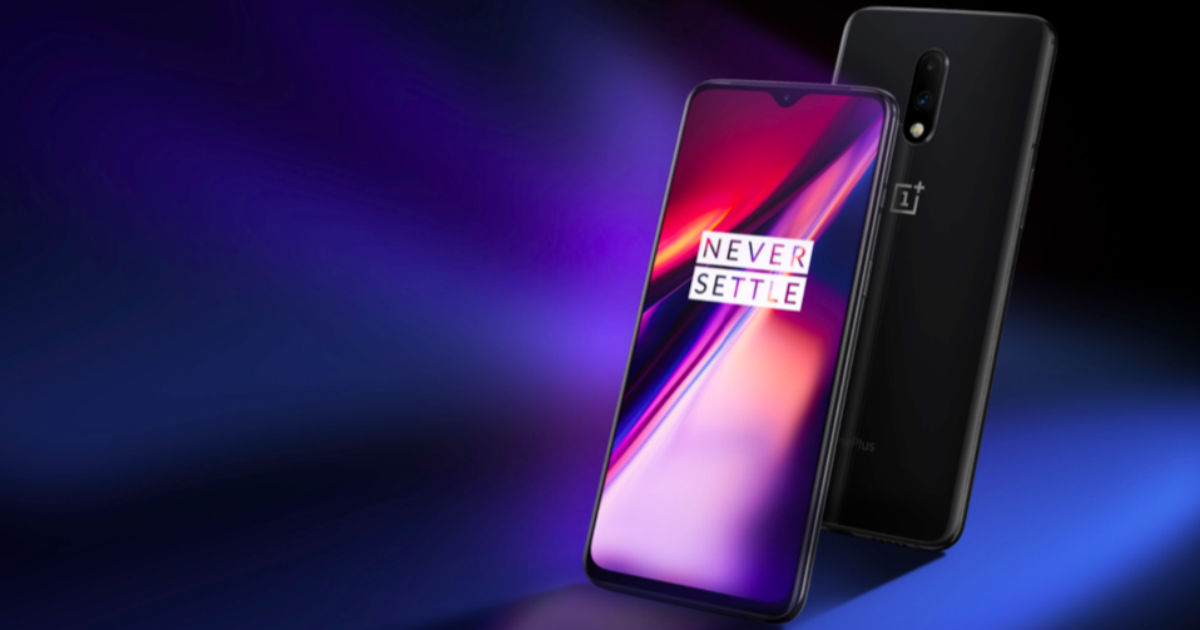 Both the Galaxy S10e and OnePlus 7 come with a dual-camera module on the back. The OnePlus 7 gets a dual 48-megapixel f/1.7 + 5-megapixel depth sensor, whereas the Samsung phone flaunts a 12-megapixel optically-stabilised sensor with a dual aperture of f/1.5 and f/2.4, which is paired with an ultra-wide 16-megapixel unit. Notably, both brands have gone for different implementation for the secondary shooter. While OnePlus has opted for a depth-sensing unit, the Korean giant went for a wide-angle sensor. On paper however, the 48-megapixel primary sensor of the OnePlus offering does seem to be better.

As for selfies, the Samsung Galaxy S10e features a 10-megapixel shooter on the front. The OnePlus 7 comes out ahead here as it boasts a 16-megapixel unit. 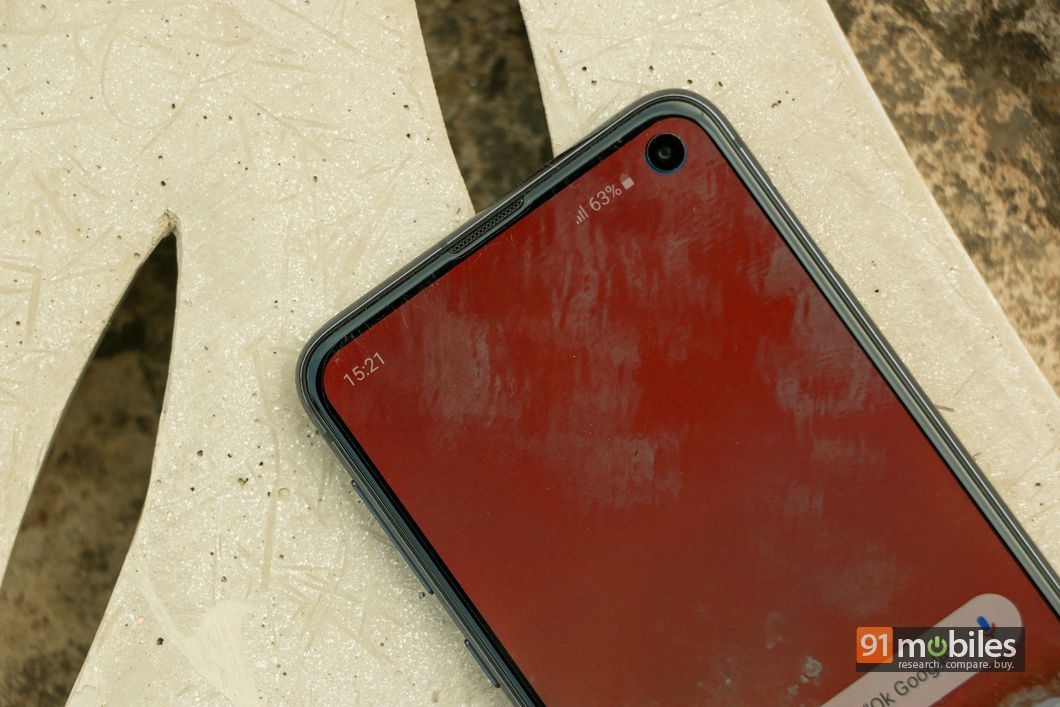 Lastly, the Samsung Galaxy S10e boots the One UI based on the Android 9 Pie out of the box. The latest interface has been lauded by many for its easy-to-use interface and snappiness. The OnePlus 7 also scores on this front with its beloved Android 9 Pie based Oxygen OS. Both smartphones are neck to neck when in the software department. As for the battery, the Samsung Galaxy S10e runs on a 3,100mAh cell, whereas, the OnePlus 7 gets a much bigger 3,700mAh unit with 20W fast charging.

While the pricier OnePlus 7 Pro might have to face slightly stiffer competition given its pricing, the OnePlus 7 seems to be a dark horse this time around. The smartphone ticks all the right boxes from display to cameras and also costs significantly less. All this makes the smartphone a better buy over the Samsung Galaxy S10e, unless of course you are looking for a more compact flagship.