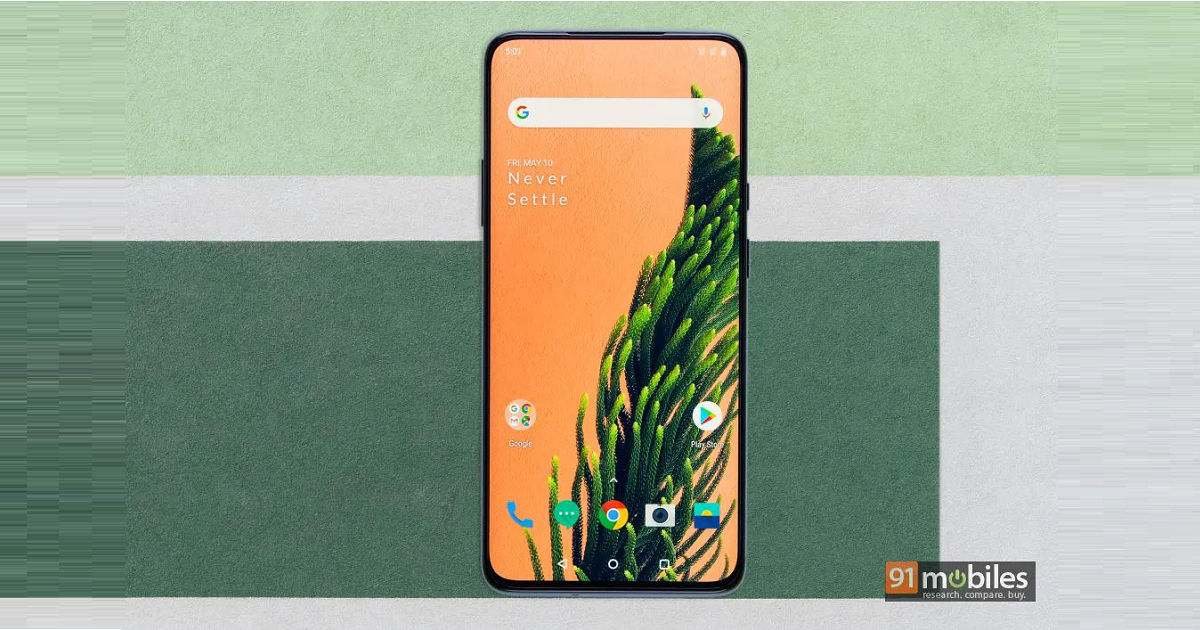 5G is set to take off as the next big thing in the smartphone space. Now, OnePlus 7 Pro on a 5G connection in London has beaten competing phones from Samsung, OPPO, and LG. The OnePlus 7 Pro managed to achieve close to 700Mbps download speeds when running on EE carrier — which is the first network to unveil 5G in the UK. It is mighty faster than average 4G speeds of around 30Mbps, and 6Mbps for 4G in the same region. However, it should be worth noting that networks usually get congested with more users and may fluctuate.

The speed test was conducted by Rootmetrics on Samsung Galaxy S10 5G, LG V50 ThinQ, OPPO Reno and the OnePlus 7 Pro 5G. However, the speeds might vary in high-traffic 5G zones outside of the UK. The Galaxy S10 5G came in last on the test with around 549Mbps, the LG V50 had a download speed of 599Mbps, while the Reno 5G landed at 592Mbps. Talking about the OnePlus 7 Pro 5G speed test, the company’s spokesperson said, “With the OnePlus 7 Pro 5G we redesigned the 5G antenna, adopted a totally different internal design using a stacked PCB to allow for the additional 5G hardware, and added an expanded cooling system.” However, none of the other brands commented on the test.

An important aspect of 5G is not just speed — it’s latency and reliability are stronger than previous connection types. The phones with 5G said to have a more stable and instant connection at events and areas where networks usually break with more connected users. With more carriers expanding their 5G network and 5G phones hitting the stores, it remains to be seen how much of the speeds during the testing phase are retained.