91mobiles.com
Home News OnePlus 7, 7 Pro could get the Android 10 update on September... 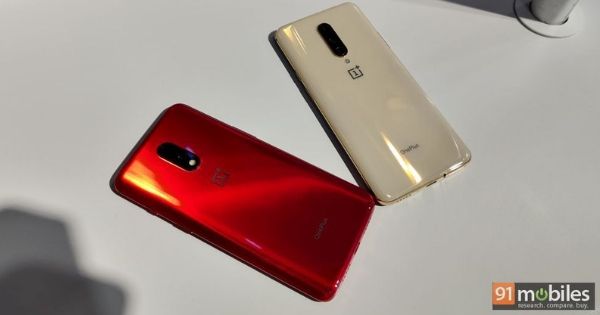 OnePlus 7 and OnePlus 7 Pro users might be in for a nice surprise. According to an image posted online, the latest OnePlus smartphones may receive the Android 10 software update on September 3rd. Google recently announced that Android 10 will be the official name for Android Q and that it would be released in the coming weeks. Earlier this week, Google customer service reps stated that the update would be available for Pixel smartphones on September 3rd.

If OnePlus smartphones also receive the Android 10 update on September 3rd, then that would be a first. Usually, when Google releases a major new software, the Pixel devices are the first to get it. Other OEMs such as OnePlus, take much longer to deliver the update as they have to work on other features. However, with the latest Android Q beta, even OnePlus got a piece of the action early on. The company has been testing Android Q on the OnePlus 7 and 7 Pro since a couple of months.

Therefore, it is highly likely that OnePlus could also release the Android 10 update for the OnePlus 7 and 7 Pro at the same time as Google. As seen in the image above, the OnePlus customer service representative states that the update would be available on the same day as the Android 10 launch for Pixel phones. It is, however, possible that OnePlus could face delays and may postpone the release by a few days or weeks. Hence, take this with a pinch of salt.

This does show that OnePlus has been actively developing the Android 10 update for the latest devices. Once the OnePlus 7 and 7 Pro receive the update, the older OnePlus 6 and 6T will be next in line. Apart from launching the Android 10 update, OnePlus is also expected to announce the OnePlus 7T and OnePlus 7T Pro phones next month. It is highly likely that the upcoming phones will come with Android 10 on board. However, the phones will run OxygenOS UI on top of Android 10.