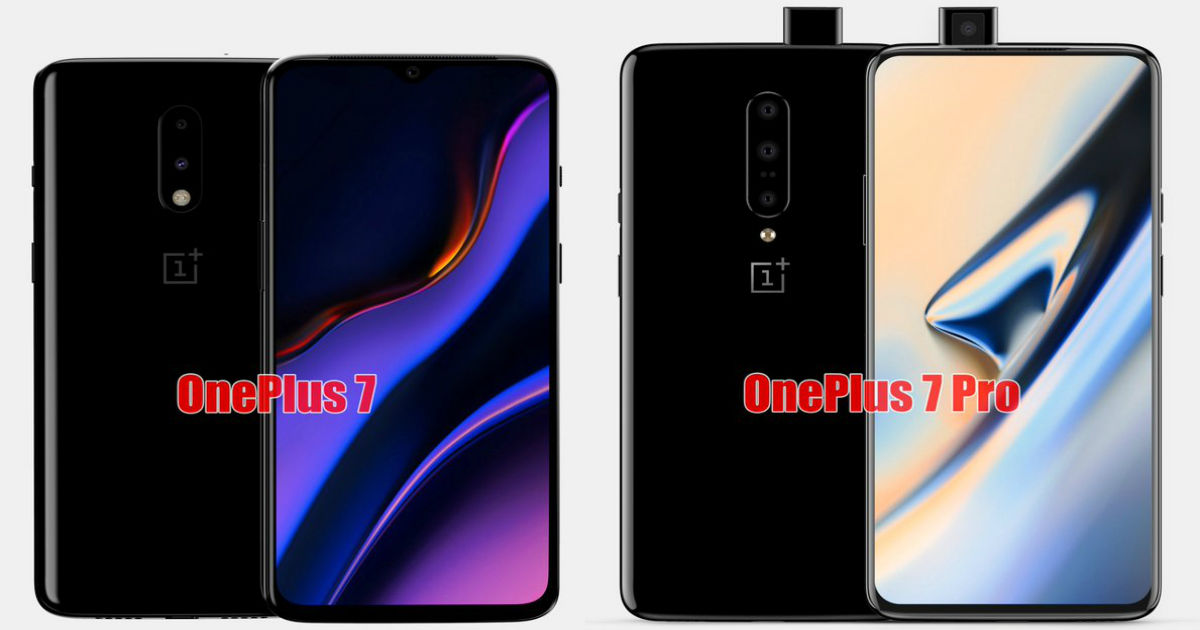 OnePlus is busy prepping the OnePlus 7 series which is rumoured to go official on May 14th. Unlike previous years, OnePlus might unveil three smartphones this time around, which are expected to be dubbed OnePlus 7 and OnePlus 7 Pro, apart from a 5G variant of the latter. After the 5K renders and a 360-degree video leak recently, noted leakster @OnLeaks is back at it again with new information about the two smartphones. In a new tweet, he has tipped the display, camera, and design details of the two smartphones.

According to the tweet, OnePlus 7 will have a 6.4-inch waterdrop notch and dual rear cameras, much like its predecessor. Notably, the primary rear camera will have 48MP resolution, likely thanks to the Sony IMX586 sensor. The smartphone is also said to have a flat display with a waterdrop notch.

It is pretty likely that both the smartphones will be powered by the Snapdragon 855 SoC and run on Oxygen OS based on Android 9.0 Pie out of the box. As revealed by the Bluetooth SIG listing, the phone will support Bluetooth 5.0. There will be a 5G variant which could be called OnePlus 7 Pro 5G. Since everything so far has been based on leaks and rumours, we suggest you take this with a pinch of salt and wait for an official announcement. Stay tuned for more updates.